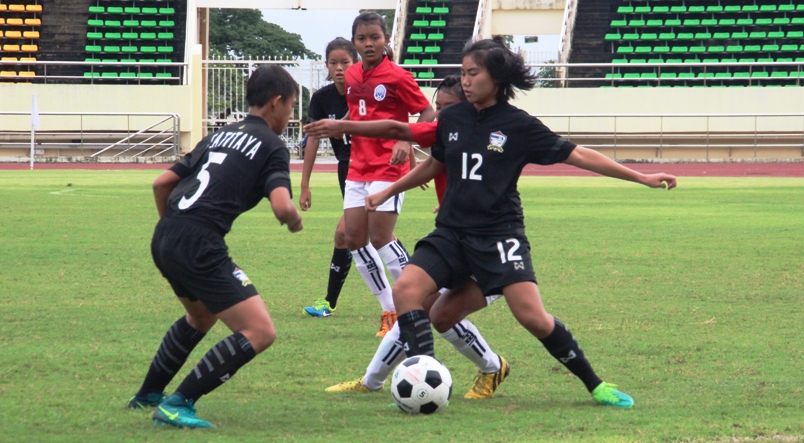 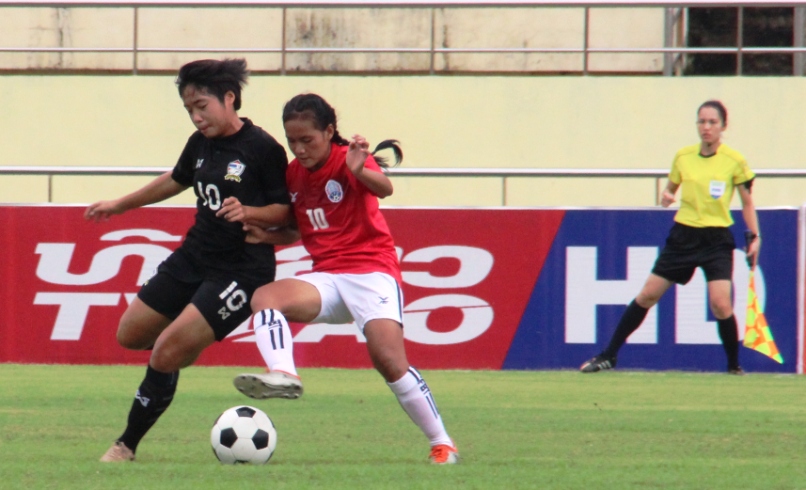 A dominant display from Thailand saw them booking their place in the final of the AFF Under-15 Girls’ Championship 2017 when they whitewashed Cambodia 6-0 in the first semi-final tie that was played this afternoon at the KM16 National Stadium.

From the onset, it was always going to be a struggle for Cambodia against the highly-rated Thais and while they were disciplined in the opening, it did not take too long for the latter to carve out the lead.

With Cambodia playing it defensive and relying more on the counter-attack, it took just one mistake from goalkeeper Poeum Kunthea for the speedy Ploychompoo Somnonl to cross the ball in for Trinity Parascandola to score.

“It was quite hard at the start as it was raining and that made the ground very slippery,” said Thai coach Cheewathan Krueawan afterwards.

“But once we got going, it was a little easier. And now we are in the final.”

The first goal calmed the nerves somewhat for Thailand as they then pushed forward to restrict Cambodia into their own half.

In the 23rd minute, Trinity turned provider when her corner allowed Atitaya Tonwattanapalboon to stab home while five minutes later, Trinity added Thailand’s third and her second off a cross from Pattaranan Aupachai.

The score at the end of the first-half was 3-0 to Thailand’s advantage.

The second half was all Thailand as they rarely allow Cambodia to push forward as they pass the ball around at will.

Just five minutes in, Ploychompoo blasted in the fourth goal of the game, as Pattaranan (76th) and then Kotchaphon Nilaor rounded things off right at the finish.