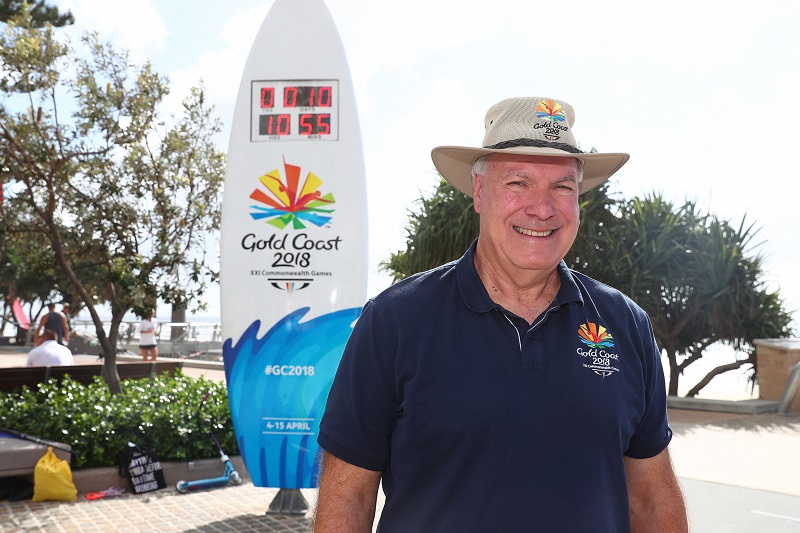 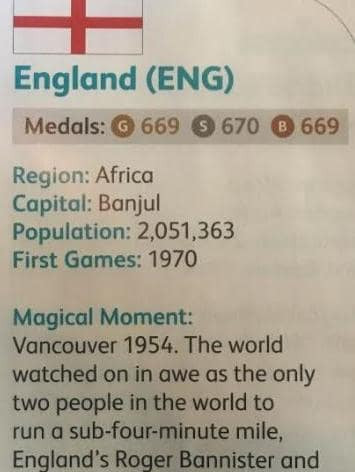 Gold Coast 2018 officials have admitted their mistake after England were listed as an African nation in the official spectators programme for the Opening Ceremony of the Commonwealth Games here tonight.

Chief executive Mark Peters claimed the error had been caused by The Gambia’s late re-admittance as a member of the Commonwealth Games Federation (CGF), which cleared the way for the country to compete at the Games here.

The programme, which costs AUD$10 (£5.50/$7.75/€6.25) and features a welcome message from The Queen, contains several inaccuracies relating to the England team.

It lists its capital as Banjul, The Gambia’s capital, stating England’s population as just over two million instead of the 66.5 million recorded in the last census.

The programme also claims England’s first appearance in the Commonwealth Games came at Edinburgh in 1970 when in fact they were among the nations to compete at the inaugural edition of the event at Hamilton in 1930.

Peters claimed they had offered to reprint every programme to correct the mistake but England were “emphatic” in their belief that it should remain as they are.

A total of 500 special programmes with the correct listings for England have been given to the team and to the Commonwealth Games Federation, Peters added.

“We already had the button ready to push to print and we had to do a lot of fast footwork in terms of accreditation and everything else to allow that to happen,” said Peters.

“Sometimes you make mistakes and we have copped it.”

Six athletes are due to represent The Gambia during Gold Coast 2018.

The Gambia were reinstated to the Commonwealth last month.

The African country withdrew from the Commonwealth of Nations in 2013 when then-President Yahya Jammeh described its existence as a “neo-colonial institution”.

The decision led to The Gambia missing the 2014 Commonwealth Games in Glasgow.