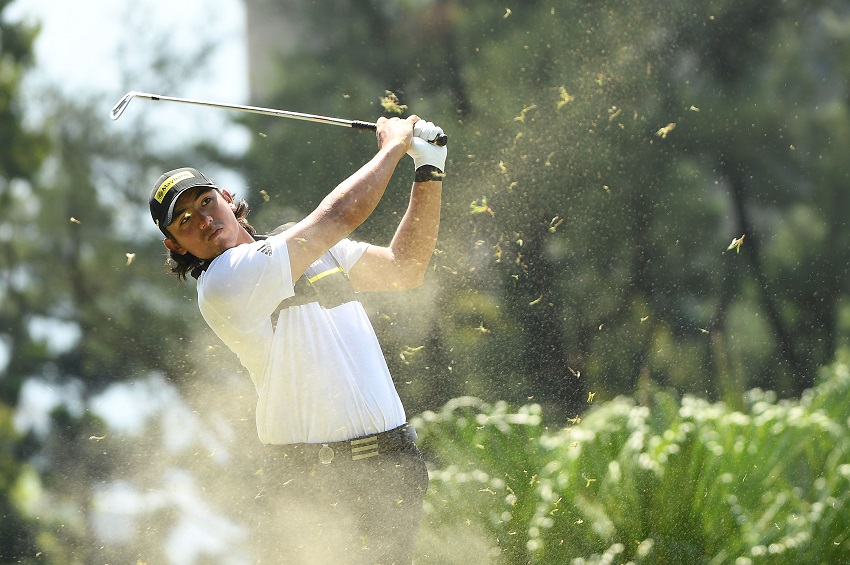 Asian Tour No. 1 Gavin Green is under no illusion of the challenges that lie ahead when he makes his debut at the World Golf Championships-Mexico Championship from March 1 to 4.

The Malaysian rising star aims to maximize the rare opportunity of going toe-to-toe with the world’s leading players at Club de Golf Chapultepec in Mexico City and use the US$10 million showpiece as a stepping stone in his blossoming career.

Since becoming the first golfer from his nation to claim Asia’s Order of Merit title last month, the 24-year-old intends to keep his career trending in the right path where his ultimate destination is the PGA TOUR.

“The World Golf Championships tournaments are all big events as the best in the world are there. Playing in a WGC (World Golf Championships-HSBC Champions) for the first time last year opened my eyes as well as playing in the CIMB Classic (in Malaysia) and the CJ CUP (in South Korea). I know what to expect, I know what to do now,” said Green, who finished T38, T67 and T61 in those events which formed part of the PGA TOUR 2017-18 Season last fall.

“I hope to use these events to better myself and eventually to compete well against the top players.”

Attaining success early in Asia has given the young Malaysian a prized spot in the first WGC tournament of 2018. As he will compete in a stretch of tournaments prior to the WGC-Mexico Championship, Green, who finished T8 in Singapore’s national Open on Sunday, believes he could prime his game for a good run in Mexico.

“Preparation will be huge as you want to peak during those big weeks. I’m excited obviously and I will aim to prepare myself better instead of going in blindly. Now that I know what events I’m getting into, it allows me to know when I need to play and when I need to work on my game,” said Green, who works with swing coach Chris O’Connell.

“It’ll be a new experience visiting Mexico City. I’ve never seen that part of the world apart from Rio, so I’m looking forward to the week there. I’ve heard only good things about the event … it’s a WGC so it’ll be really good.”

Big-hitting Green, who won once and finished runner-up three times on the Asian Tour last season, has been refining his long game where he can propel the golf ball to distances of over 300 yards regularly. He also believes a sharper short game will serve him well in the year ahead.

“Hitting it long is one thing and hitting it on the fairways is another. Making my long game a little sharper is something that I’m working on as well as making my short game better too. All the top players are very good in these areas,” he observed.

The Malaysian does not intend to rest on his laurels despite the historic feat of becoming the first Malaysian golfer to become the Asian Tour No. 1. “Winning the Order of Merit showed I could do it. Obviously, I want more success and it’ll be more of me trusting myself and playing my own game,” said Green.

“In 2018, my main goal is to get inside the top-100 in the world. Winning a European Tour event will be awesome although I know it’ll probably take time. I’ll also be trying to get into the PGA Championship too through the top-100 ranking.

“If I can spend a couple of years in Europe, it will make me a stronger and better player for sure. Hopefully that will eventually get me onto the PGA TOUR.”

The World Golf Championships-Mexico Championship is regulated and organized by the operational committee of the International Federation of PGA Tours and due to its great importance it annually attracts the top golfers from across the globe including those from the Asian Tour, European Tour, Japan Golf Tour, PGA TOUR, PGA Tour of Australasia and Sunshine Tour. The other World Golf Championships include Dell Technologies Match Play (Austin, Texas, U.S.), Bridgestone Invitational (Akron, Ohio, U.S.) and HSBC Champions (Shanghai, China).

Dustin Johnson of the U.S. will be the defending champion when the Mexico Championship returns with a total purse of USD$10 million to Club de Golf Chapultepec in Mexico City for its second year and as the second of four World Golf Championships of the 2017-18 PGA TOUR Season on February 28 – March 4, 2018.