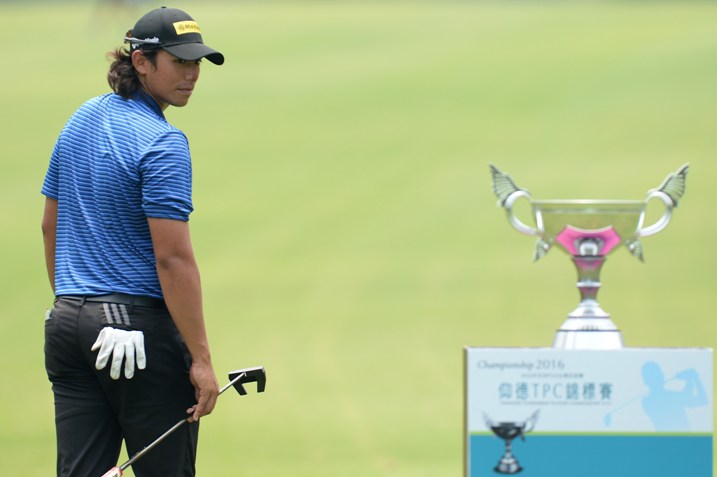 Malaysia’s Gavin Green is ready to put up a performance befitting of his status as one of Asia’s rising talents and confirm his place at the Olympics when the Yeangder Tournament Players Championship (TPC) starts on Thursday.

Fresh off a creditable tied-12th finish in Japan last week, Green makes no bones about his Olympic aspirations and is confident he can get the job done when the qualifying window closes next week.

“It’s huge. It’s not every day that golfers get to go to the Olympics and it’ll be massive if I can get to play there.

“I’m just trying to play my best each week and hopefully the results will take of itself,” said Green, who is currently in 57th place on the Olympics rankings.

Only the top 60 players are guaranteed a spot at the Olympics where golf will be making its return after a 112-year absence.

Although Green missed the weekend cut at the Linkou International Golf and Country Club last year, he is optimistic of a better showing this time around.

“The game has been getting more consistent which is what I’m looking for. I’ve been working with my coach to get my swing right and we are just tweaking and fine tuning it.

“It obviously showed in Japan where that finish definitely helped boost my world ranking points. If I can play like what I did in Japan again, be consistent, the results will naturally take care of itself,” said Green, who is the first amateur to win on the Asian Development Tour (ADT) in 2014.

Meanwhile India’s Gaganjeet Bhullar is looking to turn his season around and needs to look no further than the Yeangder TPC to revive it, having won the event in 2012.

“This is one of my favourite venues on the Asian Tour. 2012 was the year I won and I’ve got lots of good memories and positive vibes on this golf course. I can’t wait to get the week going,” said Bhullar.

Bhullar, a five-time Asian Tour winner, will be seeking to end a three-year winless streak this week.

Although he has only managed to make the cut on four occasions in nine starts on the Asian Tour, the Indian is hopeful his time spent practicing at home will eventually pay off.

“The season has been average. I’m just hoping to kick-start it with a good showing this week as I’m striking the ball better.

“I’ve put in a lot of effort especially during the last three weeks. The time has come for me to deliver,” said Bhullar.

More than 20 Tour winners are in the field this week at the Yeangder TPC and they include Thailand’s Thaworn Wiratchant, an 18-time Asian Tour winner, Singapore’s Mardan Mamat, Malaysia’s Danny Chia and Lu Wei-chih, who remains the only player from Chinese Taipei to have won the Yeangder TPC.

The Yeangder TPC is also one of two Asian Tour tournaments to be staged annually in Chinese Taipei, with the other being the Mercuries Taiwan Masters.