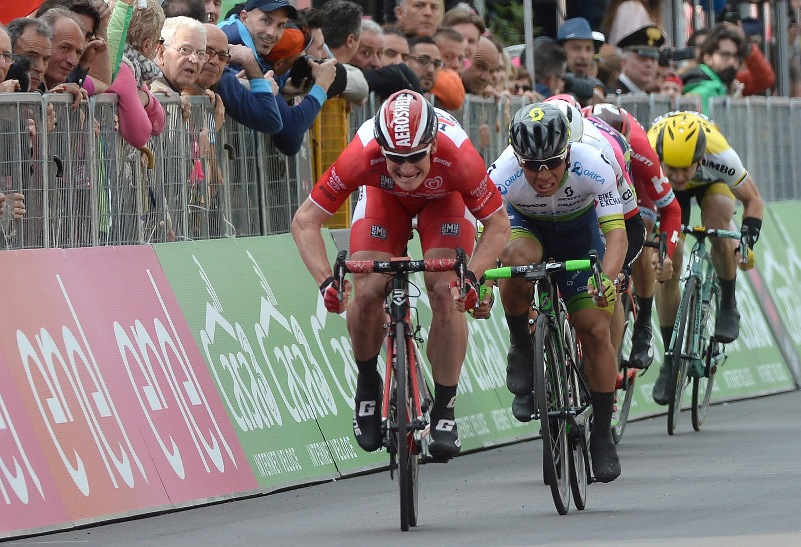 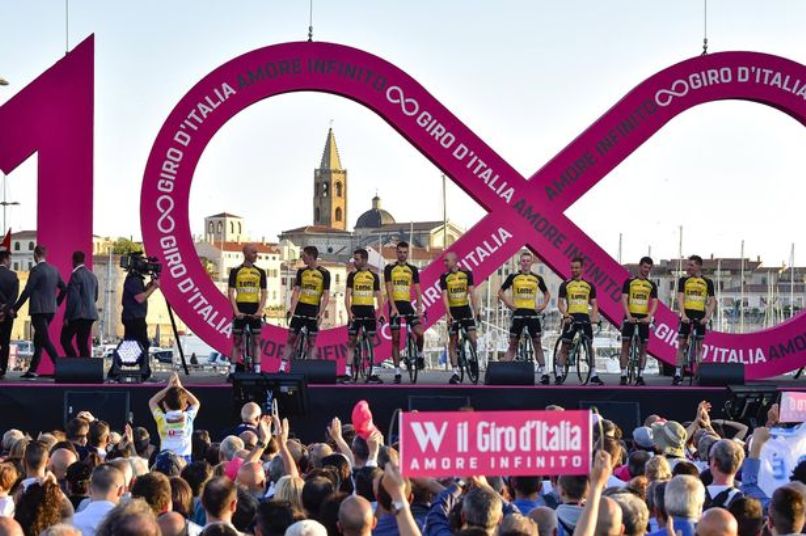 Germany’s Andre Greipel bounced back from an untimely puncture to power his way to a stage two victory on the 100th Giro d’Italia Saturday that gave him possession of the leader’s pink jersey.

Greipel, known as the ‘Gorilla’, was unstoppable in a thrilling bunch sprint that allowed the German national champion to take the ‘maglia rosa’ from overnight leader Lukas Postlberger (Bora).

Ewan, who won a stage in the 2015 Tour of Spain, was firmly in contention to challenge Lotto rider Greipel inside the final 500 metres only for his left foot to dislodge from his cleat during a tussle with Colombian Fernando Gaviria.

As Ewan banged his handlebars in frustration — a day after losing out on the chance to take the pink jersey in Olbia — Greipel powered ahead of Ferrari to claim his seventh overall stage success in the Giro.

After more than six hours in the saddle, Greipel dedicated the win to the team that tried to protect him throughout, and to his mother.

“It wasn’t an easy day with the head wind,” he said. “It made a six hours race but it also played in our favour. Otherwise there would have been some attacks.

“I’m really proud to win at the Giro again. I’m glad to win for my team-mates who worked for me since yesterday. This stage win and the pink jersey are for them and also for my mother.”

With only four sprint stages remaining, Greipel is expected to head for home well before the race ends in Milan on May 28 following a challenging third week that should see Colombian Nairo Quintana challenge Italy’s defending champion Vincenzo Nibali for the overall win.

Postlberger, in only his second season as a professional, was the shock winner on stage one but the Austrian was always going to struggle to keep the pink jersey within his Bora team.

With two categorised climbs in an undulating 221 km stage to negotiate, an early breakaway was allowed to pull clear of the peloton and by the end of the day it paid dividends for Daniel Teklehaimmanot, of Dimension Data.

The Eritrean, who in 2015 became the first rider from an African team to wear the polka dot jersey at the Tour de France, also has designs on the King of the Mountain jersey here and did enough to take possession early in this race.

When he claimed the 15 points on offer at the summit of Genna Silana, the second of the two climbs, the chasing peloton took over on a long, winding descent that saw a few, futile attacks fail to make an impact.

Sunday’s third stage is a 148 km ride from Tortoli to Cagliari and the last on Sardinia before Monday’s rest day, and then two stages on Nibali’s native island of Sicily. – Agence France-Presse