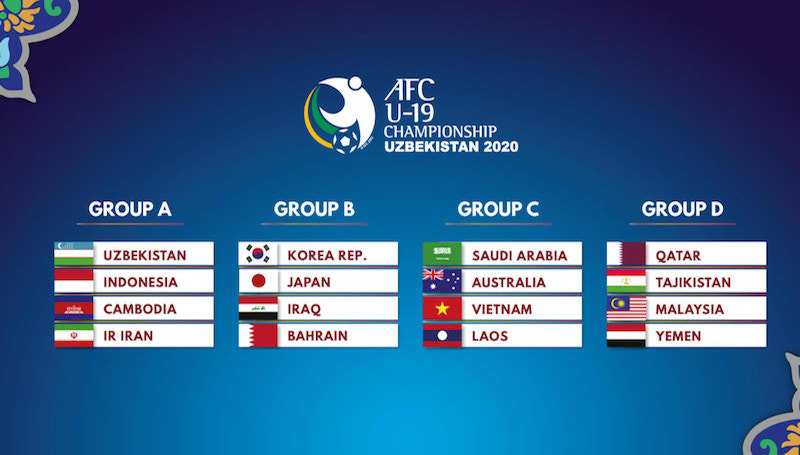 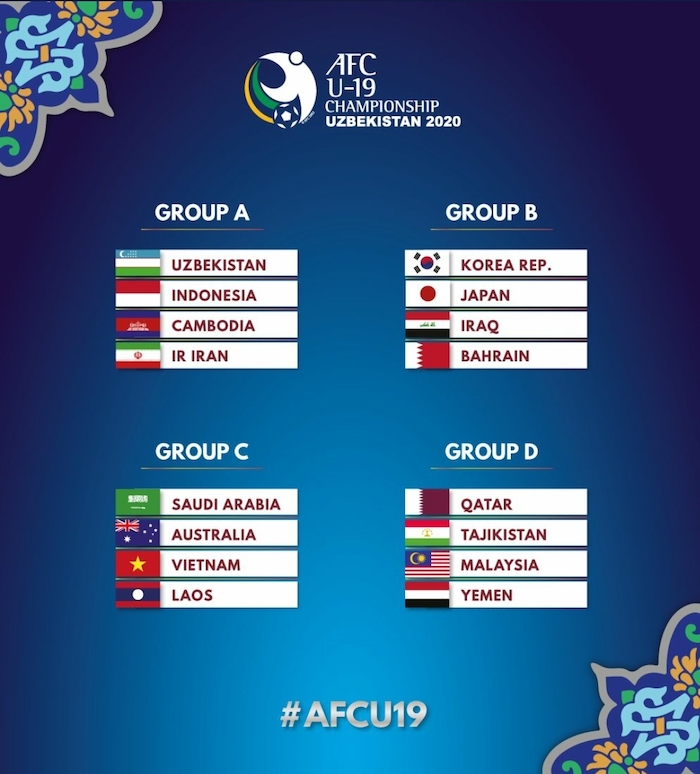 The groupings for the long-awaited AFC Under-19 and also AFC Under-16 Championship were revealed this afternoon following the official draw that was held at the AFC House.

With a record six teams due to play at the AFC U19 Championship, the ASEAN region will be anxious to know their opponents for Uzbekistan 2020.

Cambodia have been placed in Group A against hosts Uzbekistan, ASEAN neighbour Indonesia and also Iran as Group B features South Korea, Japan, Iraq and Bahrain.

Group C will have three teams from ASEAN and they are Australia, Vietnam and Laos vying against Saudi Arabia.

Malaysia are in Group D against Qatar, Tajikistan and Yemen. 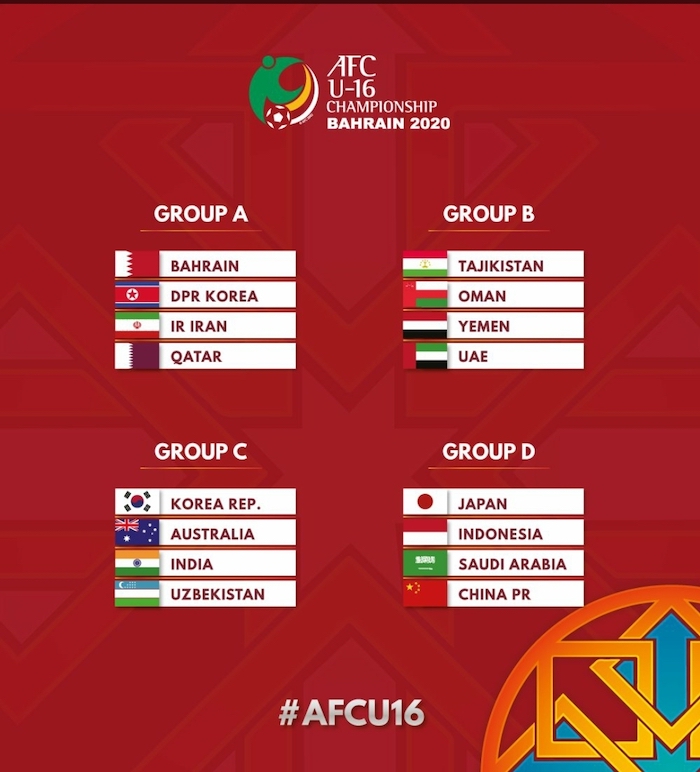 In the AFC U16 Championship, the two ASEAN representatives – Australia and Indonesia – have been drawn in Group C and Group D respectively.

In the same Group C as Australia are South Korea, India and Uzbekistan while Indonesia will vie against Japan, Saudi Arabia, and China in Group D. 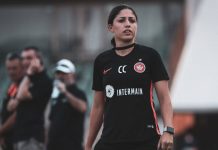