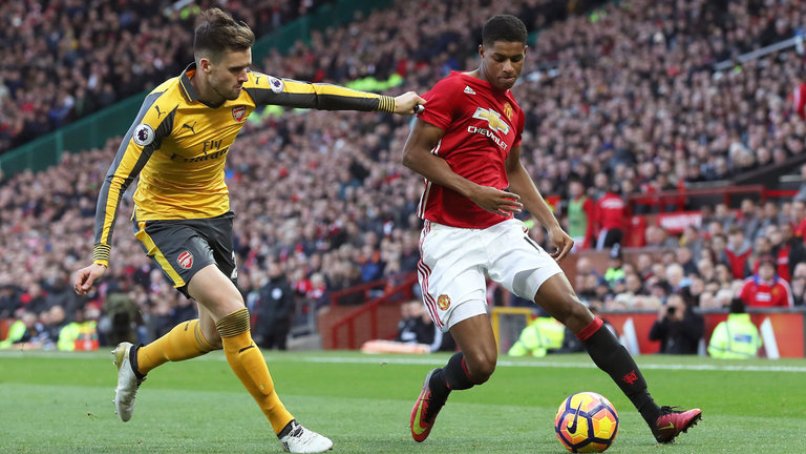 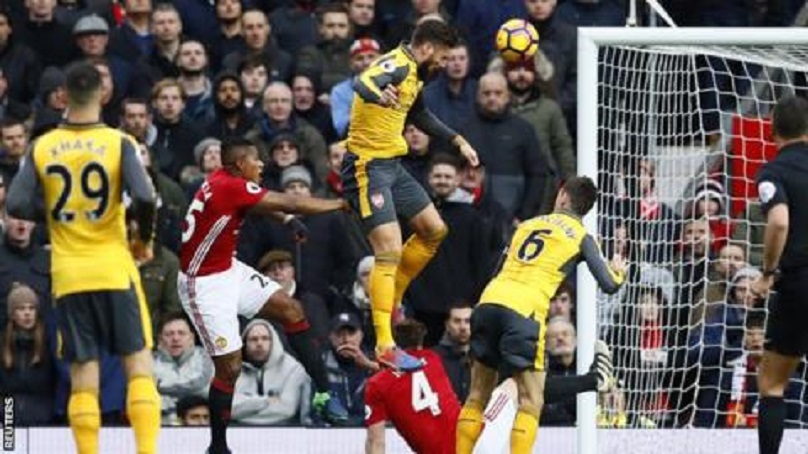 Carl Jenkinson admits Arsenal must cut out their habit of making lethargic starts if they are to get back on track against Bournemouth on Sunday.

Arsene Wenger’s side have failed to win their last three matches in all competitions and Jenkinson believes the Gunners have only themselves to blame.

In both last weekend’s 1-1 draw at Manchester United and Wednesday’s 2-2 draw with Paris Saint Germain, Arsenal were slow out of the blocks and eventually fell behind.

Although Arsenal are unbeaten in their last 18 matches in all competitions, their recent problems have left them fourth in the Premier League and in danger of an unwanted second place finish in their Champions League group.

Even Wenger says their momentum has been lost and Gunners right-back Jenkinson, who is expected to start against Bournemouth in place of the injured Hector Bellerin, has warned his team-mates to ensure they make a flying start on Sunday.

“Starting slowly has happened a couple of times of late,” Jenkinson said.

“I think at Man United we especially didn’t start at our best and against PSG similarly.

“It is something we have got to be aware of because it has happened a couple of times lately.

“It makes a big difference, not just at this level but in the Premier League as well. You look at the stats and whoever scores the first goal, they generally go on to win the game.

“We have let that drop a bit lately and if we get the first goal, nine times out of 10 we win and we need to get back to doing that.”

Jenkinson’s frustration at Arsenal’s self-inflicted wounds is tempered by pride at the way they battled back against quality opponents like United and French champions PSG.

“To go behind against a team of PSG’s calibre and then to come back, we have got a lot of character in this squad,” he said.

“We are showing it time and time again and on another day we win against PSG, so it is frustrating but that is football.”

Wenger will once again be without Santi Cazorla (Achilles), Per Mertesacker and Danny Welbeck (both knee), Bellerin and Lucas Perez.

He is likely to freshen up his team by recalling the likes of Petr Cech,Theo Walcott and Alex Oxlade-Chamberlain and Granit Xhaka, who were all rested against PSG.

Bournemouth’s win at Stoke last weekend ended a run of three games without a victory for Eddie Howe’s mid-table team.

However, Howe will be without on-loan Arsenal midfielder Jack Wilshere, who is not eligible to face his parent club at the Emirates Stadium.

Wilshere has gradually emerged as a key figure for Bournemouth since his surprise switch to the south-coast in search of regular first-team action and his presence will be missed on Sunday.

“Jack Wilshere will be a big miss for us. He’s been excellent, both with and without the ball,” Howe said.

“But Arsenal have certainly had a big influence on the way I try to manage here. They are a few similarities in the way both sides play.

“There’s a lot to admire about Arsenal. They always stick to their philosophies and are very loyal to their style of play.

“Arsenal have quality and pace off the bench. It shows a lot about their attitude given that they have scored a lot of late goals.”

Cherries goalkeeper Artur Boruc faces a late fitness test on his back problem, so Adam Federici could deputise for the former Celtic star. – Agence France-Presse