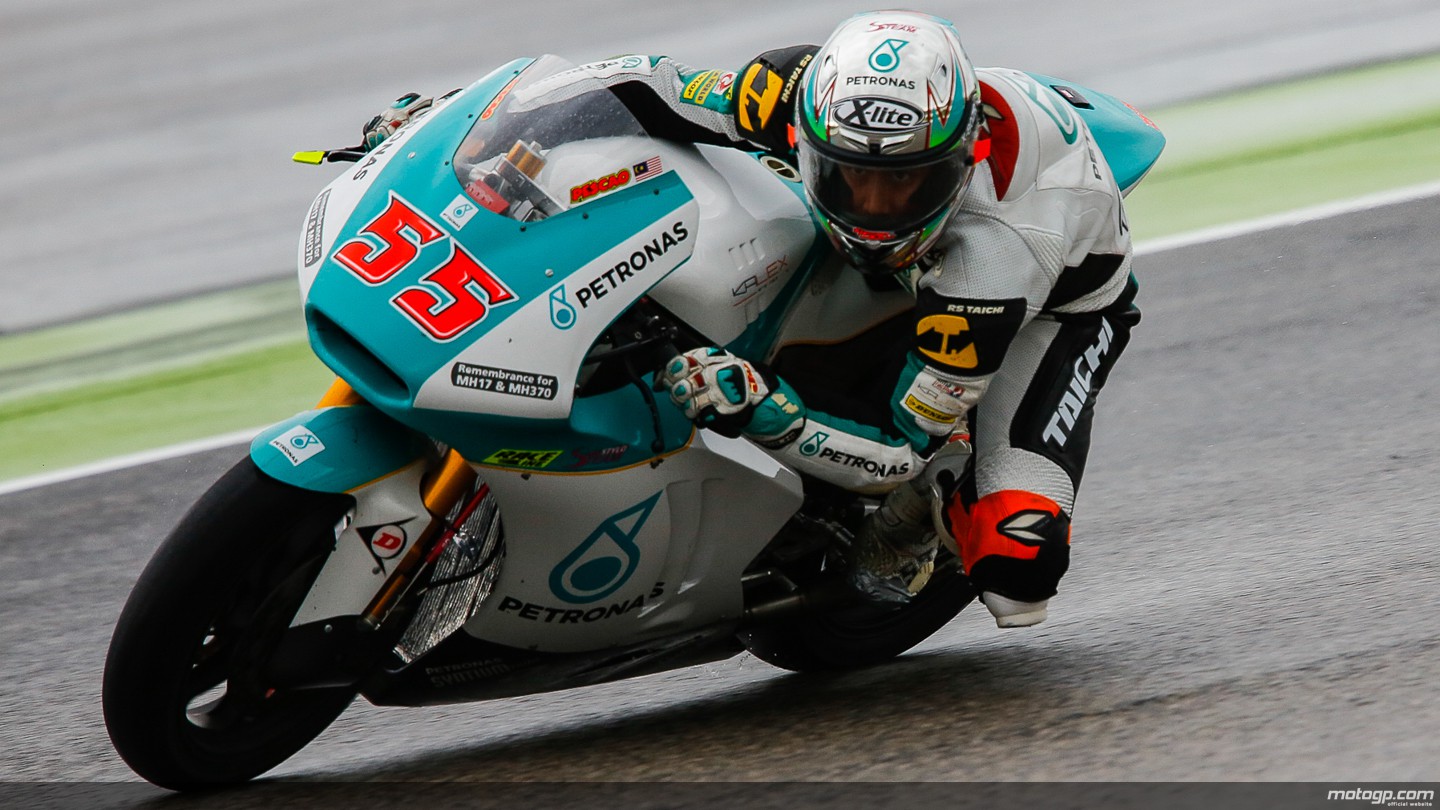 Hafizh Syahrin picked up another valuable point in the Moto2 World Championship, wrapping up the Dutch Grand Prix 15th after struggling with severe front end chattering issues on Saturday.
The PETRONAS Raceline Malaysia rider completed the race that was restarted with 16-laps in 26’34.304s following a crash in the opening lap involving Marcel Schrotter, Anthony West and Luis Salom that saw the latter crash out and his bike catch fire, leading to an oil spill on the track.
Finishing behind the PETRONAS Talent Development rider was 2013 FIM Asia Road Racing Championship title holder, Azlan Shah Kamaruzaman of Honda Team Asia.
Meanwhile Johann Zarco took a commanding victory in front of a passionate Dutch crowd with 26’13.410s ahead of reigning Moto2 champion, Tito Rabat and Sam Lowes who clocked 26’14.167s and 26’15.490s respectively.
“Not a great day for me as I could not ride faster than I should. The front end chatter at several turns could have thrown me off the bike. I decided to bring the bike home safely and collect a point,” said Hafizh.
“It is a pity that Hafizh could not do better than 15th place as we expected him to collect more points here. The chattering issues is very unusual when nothing was changed from yesterday and the warm up. Only reason I could think is the weather that was too cold. We need to bounce back to get some points in the next race at Sachsenring,” said his manager, Barry Leong.
Moto2 Race Results
1.Johann Zarco (FRA) 26’13.410s
2.Tito Rabat (SPA) 26’14.167s
3.Sam Lowes (GBR) 26’15.490s
4.Alex Rins (SPA) 26’17.148s
5.Thomas Luthi (SWI) 26’17.940s
Selected
15.Hafizh Syahrin (MAS) 26’34.304s