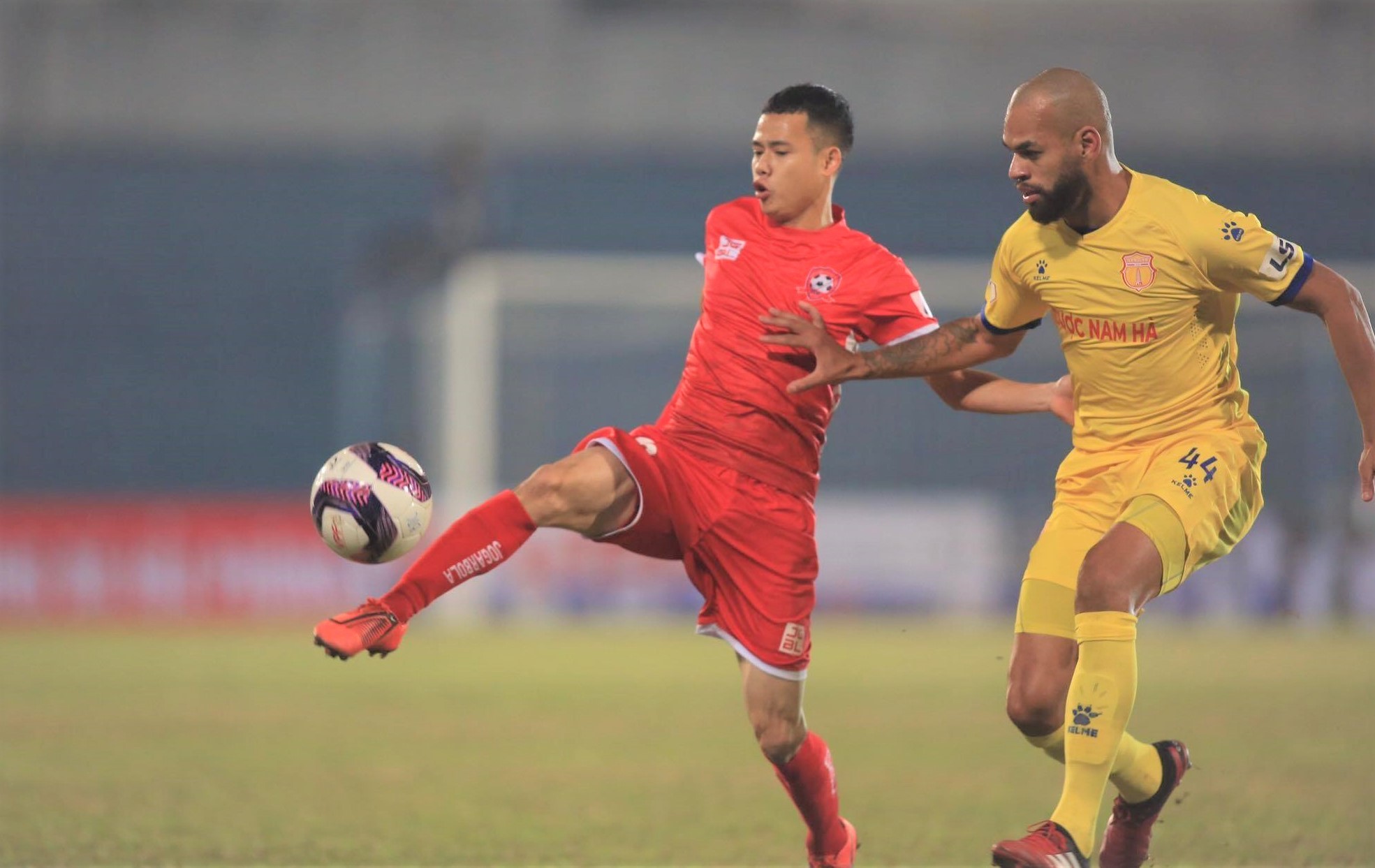 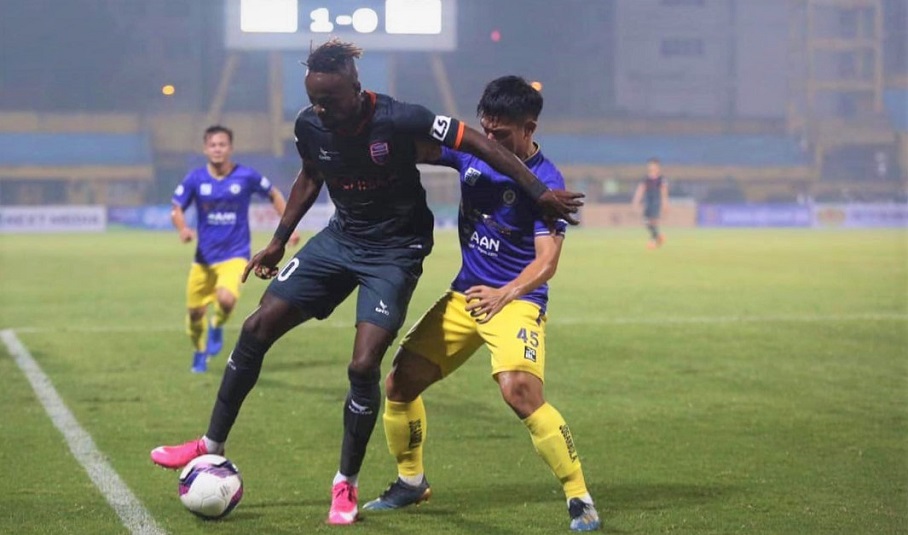 Hai Phong FC have taken the surprise lead in the 2021 LS V. League 1 following their two wins from the first two matchdays of the new season.

The port club, as they are more well-known, followed up their fabulous win over defending champions Viettel FC on opening week with another splendid performance.

And this time in front of their home fans at the Lach Tray Stadium, Hai Phong were in no compromising mood as they raced to a three-goal lead before beating Nam Dinh FC 3-2.

Nguyen Phu had given Hai Phong the lead after 14 minutes as Andrea Fagan then doubled the advantage with the second goal of the game in the 39 minute.

Adriano Schmidt then put Hai Phong comfortably 3-0 in front in the 74th minute.

For Nam Dinh, who had smashed 2020 V League runners-up Hanoi FC 3-0 in their opening game of the season, they seemed to be a little disoriented when they could only muster two goals late in the game.

Goals from Rodrigo da Silva Dias (89thminute) and Xuan Mai (90th) were not enough to prevent Hai Phong to fetch their second full points of the season.

In the meantime, Becamex Binh Duong occupy the second spot at the table with the same six points from two matches played.

Binh Duong, who had edged out Thanh Hoa FC in their first game of the season, came out tops again this week when they beat 2021 Super Cup champions Hanoi FC 2-1.

Despite playing away and trailing by a goal in the first half when Geovane Magno fired Hanoi into the lead in the 26th minute, Binh Duong fought back in the second half ­- Victor Mansaray (54th) and Nguyen Tien Linh (72nd) – for the full points. 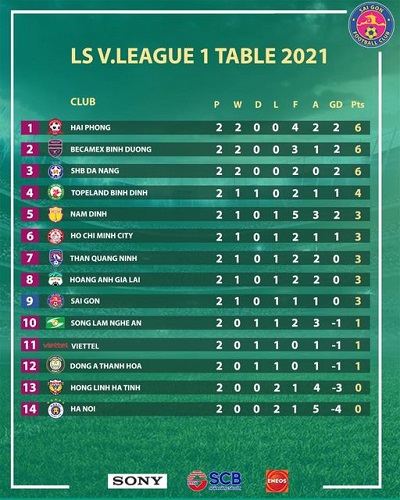