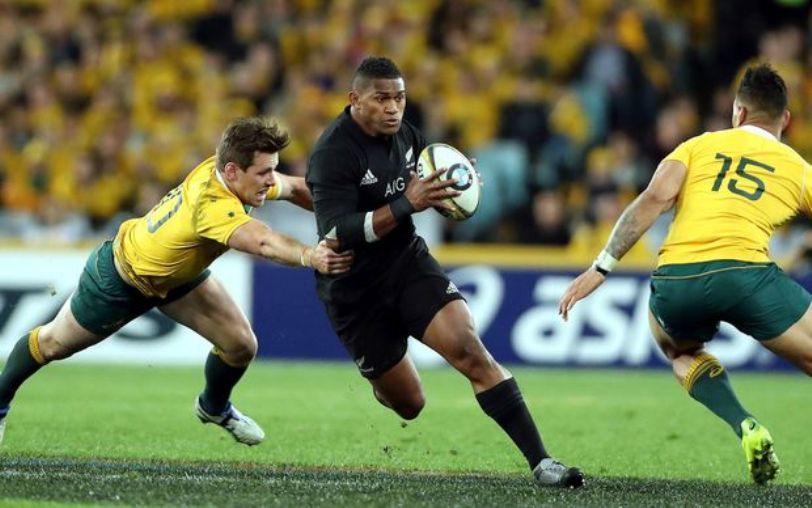 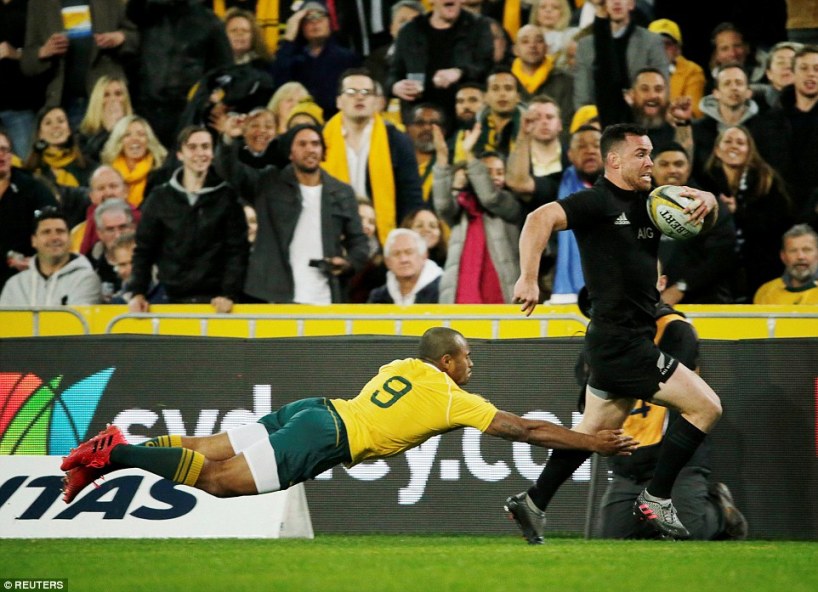 Coach Steve Hansen has paid tribute to the contributions of Beauden Barrett and Dane Coles in the All Blacks’ ruthless demolition of Australia in the Rugby Championship series opener in Sydney.

The world champions swamped the hapless Wallabies six tries to one in a 42-8 mauling on Saturday that was the biggest Bledisloe Cup winning margin by a New Zealand side in Australia.

The All Blacks had the contest won by half-time when they led 32-3 after shredding Australia’s defence to score four tries, with fly-half Barrett at the heart of most of the Kiwis’ attacks.

Official man-of-the-match Barrett, preferred to Aaron Cruden, scored a try, set up two others and landed three conversions and two penalties for a 17-point haul.

Barrett was the complete package, troubling the shaky Wallaby defence with his composure, accuracy and speed to set alight the All Blacks backline.

Hansen — who shrugged aside the distraction of a listening device being found in the team’s Sydney hotel before the game — praised the brilliance of the Wellington Hurricanes playmaker Barrett.

“He’s a special player, he can do special things and while he has a mindset that he wants to be better then I’m sure he can,” Hansen told reporters after Saturday’s game.

Hansen reserved his highest praise for doughty World Cup hooker Coles, who came off the reserves bench in just the third minute after Codie Taylor was knocked out and helped from the field.

Coles was initially ruled out of the match with a rib cartilage injury only to called up as a replacement when hooker Nathan Harris ruptured knee ligaments in training on Thursday.

He needed painkilling injections to play, and played out the rest of the game inspiring teammates with his commitment.

“He was blowing and he’s probably sore, but they’re all sore,” Hansen said of Coles.

“He’s tough, there’s no doubt about that. He epitomised the team.

“He got called in late, wasn’t really expecting to play because we didn’t want him to play.

“He played really well and left himself out there on the track.

“When someone does that for you I think you can only pay them the biggest compliment that you can and he’s a champion and he played like one.”

The All Blacks are now in the familiar box seat to go on and retain the trans-Tasman Bledisloe Cup — which they have held since 2003 — in their two remaining games against the Wallabies at home in Wellington and Auckland.

Hansen was not looking further than next Saturday’s return Test with the Wallabies in Wellington.

“I know the scoreboard was big but it was a tough game and a couple of things you have to look at,” he said.

“A lot of the Australian boys haven’t played for a long time and that makes it difficult and some nights everything goes your way and it doesn’t for the opposition.

“But we’ve been here before ourselves, we’ve taken a bit of pasting and then the next game turned it round.

“So we will be expecting them to turn it around next week and we are going to have to get our feet back on the ground.

“You don’t win the (Bledisloe) Cup until you’ve got both hands on it.” – Agence France-Presse