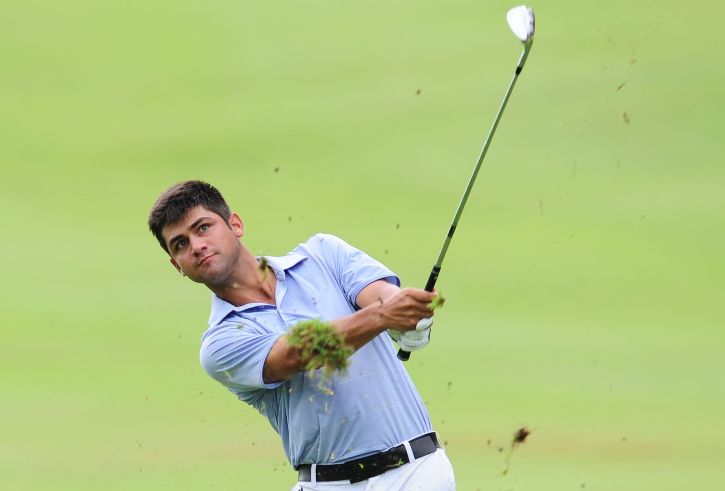 Paul Harris of the United States ignited his title ambitions after opening with a seven-under-par 64 to lead by one shot at the PGM Port Dickson Championship on Wednesday.

The 25-year-old American, chasing for a breakthrough victory on the Asian Development Tour (ADT), fired nine birdies against two bogeys to sit atop the leaderboard with Indonesia’s Danny Masrin lurking in second place at the Port Dickson Golf and Country Club.

Thai duo Suradit Yongcharoenchai and Nattawat Suvanajanakorn carded matching 66s to share third while Filipino Jay Bayron, Australian Adam Blyth and American Johannes Veerman were among those bunched in fifth on 67 at the RM200,000 (approx. US$46,600) event.

Local prospect Gavin Green, who is bidding for an Olympic berth this August, signed for a 68 to share 10th place with 11 other players which included compatriot and 2013 ADT Order of Merit champion Nicholas Fung.

Thailand’s Itthipat Buranatanyarat, placed second on the current money list, posted a 74 to stay 10 shots off the pace at the beach and holiday destination of Port Dickson.

Harris made a spirited start from the first by nailing two birdies in his opening three holes. He dropped a shot on ninth to turn in 34 but brilliantly regained his ground with an impressive back-nine 30 where he closed out with four straight birdies.

“I putted well. I made quite a few 10 to 13 footers today. I got off to a good start when I sank a 20-footer for birdie on the first. I just kept myself in it,” said the young American, who needed only 26 putts around the course.

“The course is in a good shape and I am happy to get the campaign off to a good start. This is the best round I have shot on the ADT so far. I am looking forward to the next few rounds,” added Harris, playing in his third year on the region’s burgeoning Tour.

Masrin, who has enjoyed two top-10s this season, was a figure of consistency especially with his approach shots as he did not miss a single green. He marked his card with seven birdies against a lone bogey.

“I hit the ball well. I hit like 14 fairways today and I didn’t miss any greens. I played pretty consistently out there and gave myself a couple of birdie chances. Everything went well for me today. Nothing special, I just kept it in play,” said the 23-year-old Indonesian.

The winner will receive six OWGR points while the top six players and ties will also earn points based on a sliding scale.