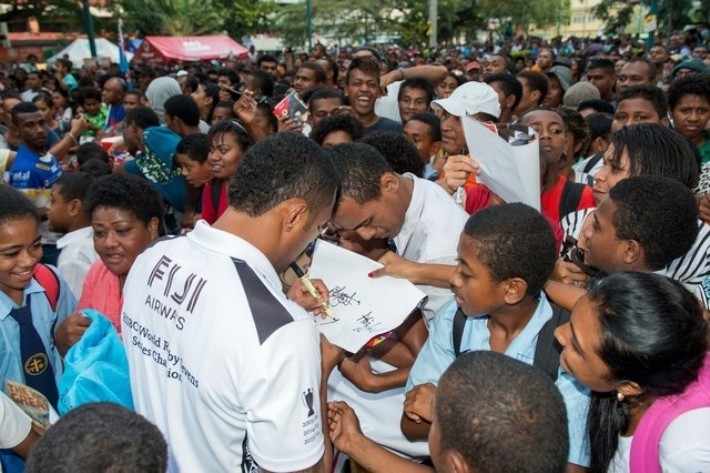 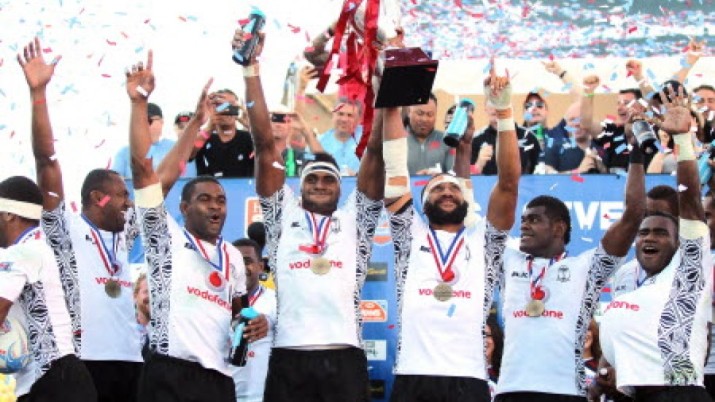 Fiji’s victorious Sevens World Series team arrived home to a rapturous reception Wednesday but captain Osea Kolinisau said there was little time to savour the win as they prepare to chase Olympic gold.

Thousands of supporters lined Suva’s waterfront to congratulate the Flying Fijians after they defended their world series title earlier this month in London.

The Pacific islanders are now favourites to claim a gold medal in Rio, where rugby will return to the Olympics schedule after a gap of 92 years.

The pressure on Kolinisau’s squad is immense — Fiji has competed at 13 Olympics since 1956 but never won a medal of any type, let alone gold.

The skipper said his charges had learned a lot from their title defence, and were relishing the prospect of playing in Rio.

“We are fully aware of the challenges that lie ahead and will do our best,” he told the cheering crowds at Suva’s Sukuna Park.

Sevens rugby is a national obsession in Fiji and Acting Prime Minister Aiyaz Sayed-Khaiyum said the 900,000-strong population was willing them to victory in Brazil.

“The prayers of the nation are with the team and this strong support will be their key to success in the Olympics,” he said.

Fiji will name a 24-man Games squad before going into their training camp on June 14.

Among the contenders will be former Australian rugby league star Jarryd Hayne, who wants to become an Olympian with Fiji after abandoning playing NFL with the San Francisco 49ers. – Agence France-Presse