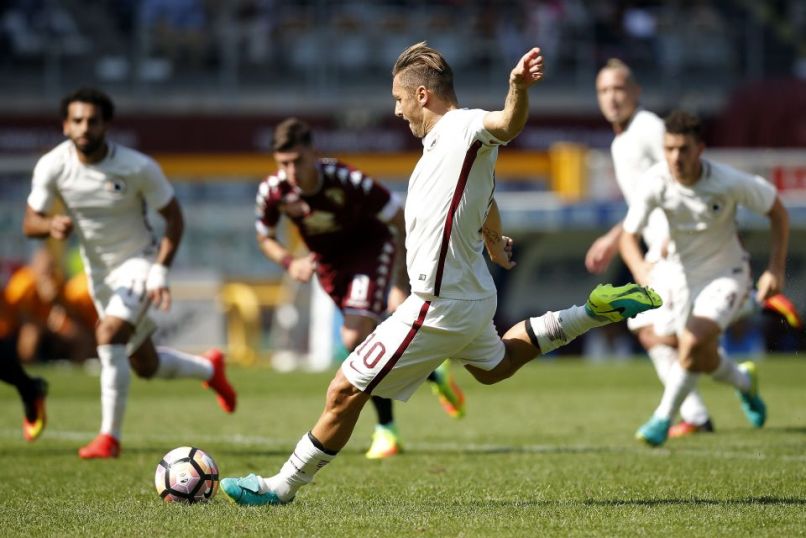 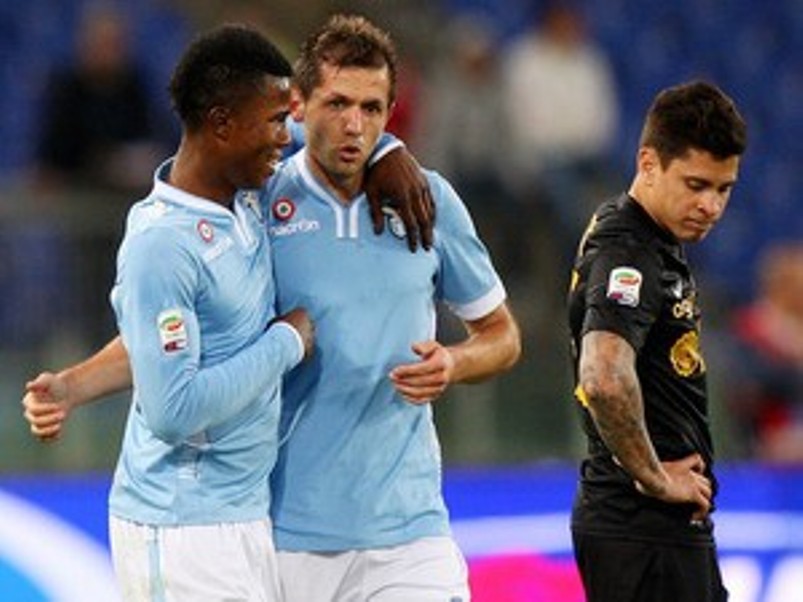 Ousted from Manchester City by Pep Guardiola last month, Hart joined unfashionable Serie A side Torino in a bid to maintain his status as England’s number one shot-stopper.

Having kept ‘Granata’ fans guessing during a few nervous displays in recent weeks, the on-loan City ‘keeper was rock solid throughout at Torino’s Stadio Olimpico where the only blot on his report card was Totti’s 55th minute penalty for the visitors.

It marked Totti’s 250th goal in Serie A, but plans to count a Roma win among his 40th birthday presents this Tuesday were dashed by a defeat that moved Torino up to midtable, and left Luciano Spalletti’s Romafive points behind leaders Juventus.

Roma were looking to reply to Juve’s cagey 1-0 win at Palermo on Saturday.

But Andrea Belotti headed an eighth-minute opener past Wojciech Szczesny, and at the other end Hart was on fire.

He was out smartly early on to steal the ball from Edin Dzeko, then got down low to save with one hand from the Bosnian striker’s snap shot from close range.

An alert Hart then tipped over Dzeko’s header from Mohamed Salah’s delivery.

“Before I took Hart I spoke to him to try and understand what kind of state of mind he would have here,” Torino coach Sinisa Mihajlovic told Sky Sportminutes after they secured only their second win of the campaign.

“But I can say he’s a true gem of a guy, as well as being an international goalkeeper who has given a lot of confidence to the team. I’m very happy with him.”

The Giallorossi heads dropped further when Iago Falque beat Szczesny from the spot on 53 minutes.

Although Totti came off the bench to send Hart the wrong way from the penalty spot two minutes later, hopes of a late fightback were quashed when Falque’s deflected shot flew over Szczesny halfway through the second period.

Spalletti — who said days ago he expects Dzeko to hit 20 goals this season — did not point the finger directly at the misfiring Bosnian striker.

But he said: “It’s always the same thing with Roma, when they’re in a good period they achieve the things that they should. When the chips are down, confusion reigns.

“Unfortunately, we are unable to maintain consistency in our duels, in our game and in our attempts to help each other.

“There are far too many ups and downs.”

Roma’s second reverese will prove costlier after Keita Balde and Senad Lulic scored once in each half to secure a 2-0 win over Empoli that moved Lazio up to fifth, behind Roma only on goals difference.

“With our fixtures list, it was difficult to take 10 points from five games.”

Inter Milan also capitalised on Roma’s slip despite being held 1-1 at the San Siro by Bologna.

Inter’s bid for a fourth consecutive win was hit when Mattia Destro broke the deadlock on 14 minutes.

Ivan Perisic fired a superb volley from Antonio Candreva’s delivery to level before the interval.

But despite the late introduction of former Santos forward Gabriel Barbosa, Frank De Boer’s men spurned the chance for a win that would have closed the gap on Juve to two points when Andrea Ranocchia sent a late, free header wide.

Inter, neverthless, moved up to third at four points off the lead, three behind Napoli and one ahead of Roma, Lazio and surprise packages Chievo and Bologna.

“We didn’t settle for at least 20 minutes but we got steadily better,” De Boer told Premium Sport.

“We created a lot of chances to win this game, and the team worked hard throughout the whole 90 minutes. Overall, I’m satisfied.” – Agence France-Presse