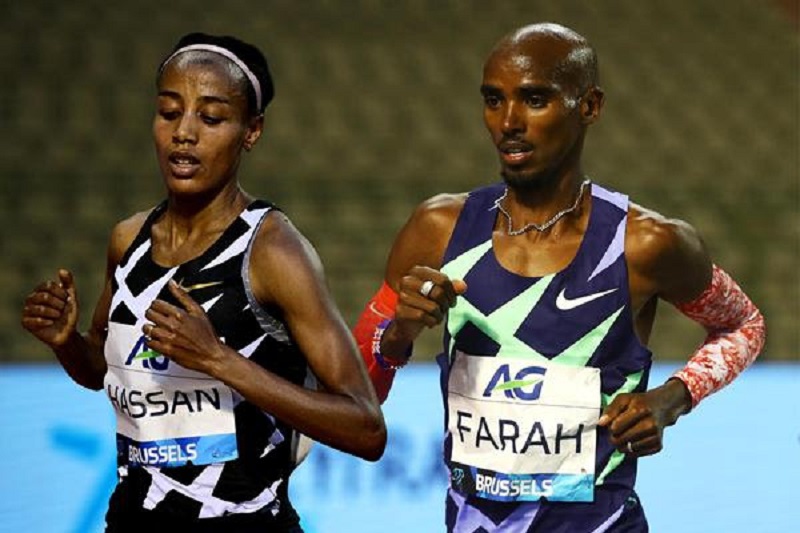 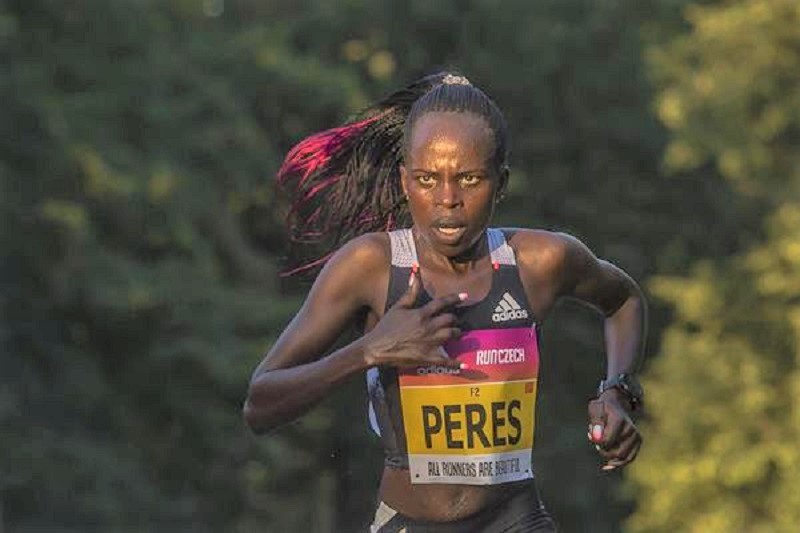 It may not be a discipline that is held at many top-level invitational meetings, but that’s not to say that the world one-hour records* set by Sifan Hassan and Mo Farah at the Wanda Diamond League meeting in Brussels on Friday (4) were easy to come by.

Hassan, the world 1500m and 10,000m champion, sprinted away from world marathon record-holder Brigid Kosgei in the closing stages to cover 18,930 metres within the 60-minute period. Loosely translating that to the half marathon distance, it roughly equates to a 1:06:53 clocking for 13.1 miles, not far off Hassan’s European record of 1:05:15.

The men’s race was similarly competitive with Farah, the multiple world and Olympic champion, kicking past training partner Bashir Abdi in the final minute to achieve a distance of 21,330 metres. Farah would have passed through 21.1 kilometres in roughly 59:20 – 12 seconds faster than his official half marathon PB.

Just eight-and-a-half hours after Farah stopped running in Brussels, Peres Jepchirchir took to the startline for the Prague 21.1KM, an invitational-only elite half marathon held on a 16.5-lap course in Letna Park. The 2016 world half marathon champion went on to win in 1:05:34, setting a women-only world record*.

While several athletes have run at a faster pace than Hassan and Farah for one hour en route to a half marathon, most would have done so in a competitive road race with varying scenery and while being cheered on by supportive fans lining the streets. Hassan and Farah, on the other hand, achieved their feats by metronomically churning out lap after lap against the backdrop of an empty stadium.

Jepchirchir’s run was similar, given the race in Prague involved running lap after lap of the 1280m loop.

Their performances are even more impressive, given the circumstances. Like many athletes, their training this year has been disrupted as a consequence of the pandemic. Hassan, for example, took three weeks off in March, and was then unable to run outside from June until late July while Ethiopia was in lockdown.

And although there hadn’t been many serious attempts at breaking the previous one-hour world records, it doesn’t necessarily mean they were soft targets. Haile Gebrselassie, for example, set the previous men’s record (21,285m) just three months before setting his first world marathon record. Dire Tune, meanwhile, set the previous women’s record (18,517m) in 2008 off the back of victories at the Houston and Boston marathons earlier that year.

What made the evening in Brussels even more special was the fact that both records fell. The last time men’s and women’s world records were broken in the same track distance event at the same meeting was on 13 September 1981 when Henry Rono and Paula Fudge both set world records over 5000m in Knarvik, Norway.

Hassan, who last year set a world record for the mile, made further history by becoming the first woman in history to concurrently hold world records for the mile and one hour. The only man to achieve the feat is Paavo Nurmi back in the 1920s, who recorded 4:10.4 and 19,210m for the respective disciplines – interestingly, only marginally ahead of Hassan’s best performances.

Farah’s range is notable too. Up until a few weeks ago, he held the European 1500m record at 3:28.81, while his marathon PB of 2:05:11 is a British record. It stands to reason, then, that his first world record should fall pretty much right in the middle of those two distances.

But aside from all the pre- and post-event record talk, both races were truly competitive affairs that were only decided in the final minute. Abdi, the runner-up in the men’s race, led through 20,000m and was rewarded with a world best clocking of 56:20.2. The 20,000m world best and one-hour world record have often been broken in the same race, but this was the first time that both marks were bettered by two different people in one race.

Although Kosgei was ultimately disqualified from the women’s race for stepping on the kerb, her performance of 18,901m was better than the previous world record, which bodes well for her appearance at the London Marathon next month.

Farah will also be in action at the London Marathon, albeit just as a pacemaker for his fellow Britons who will be targeting the Olympic qualifying time. Hassan, meanwhile, will be racing in Ostrava on 8 September before turning her attention to the World Athletics Half Marathon Championships Gdynia 2020 on 17 October.

“Winning the 1500m and 10,000m at the World Championships last year changed my mind and made me realise that everything is possible,” she said. “It also gave me a lot of motivation to work even harder. I’m already motivated and I’m ready to prepare for the half marathon. And if I’m motivated, then I don’t feel the pain.”

The outright world record for the women’s half marathon is 1:04:31 by Ethiopia’s Ababel Yeshaneh.