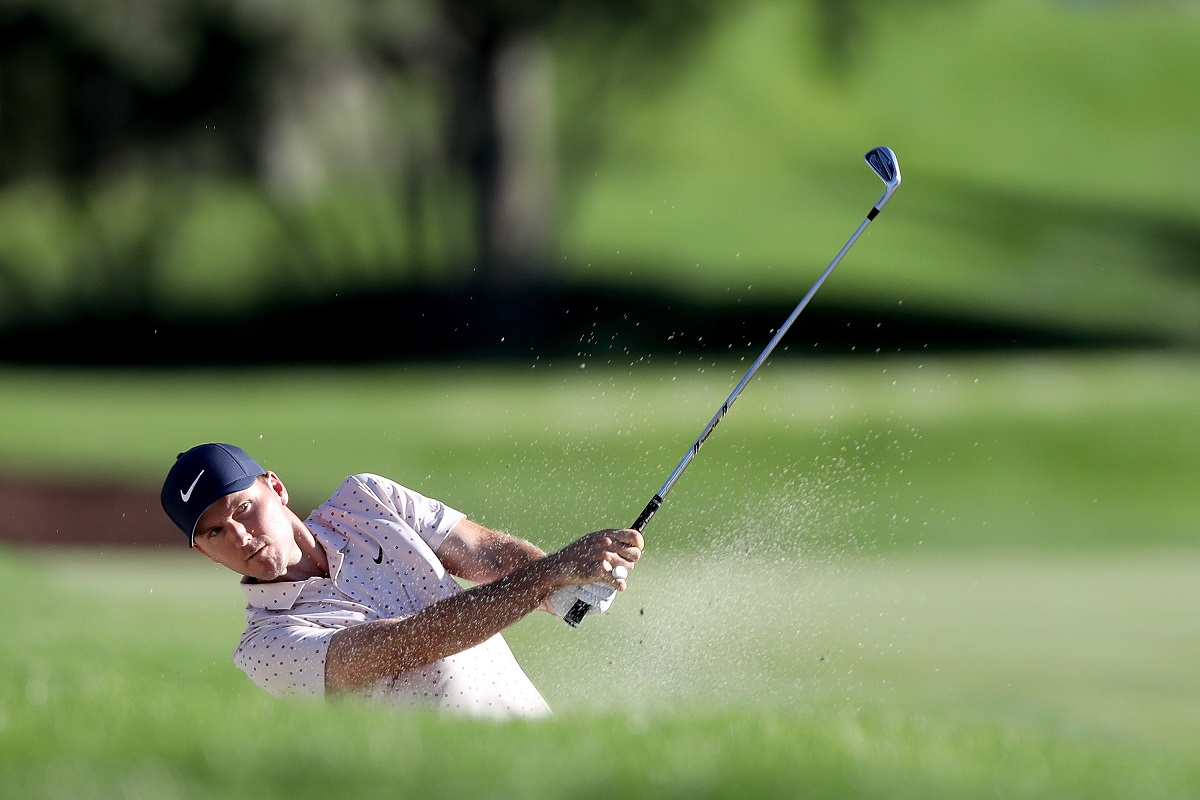 American Russell Henley fired a bogey-free 5-under 67 to open up a three-shot lead and put himself on the brink of ending a three-year title winless run following the third round of THE CJ CUP @ SHADOW CREEK on Saturday.

Australia’s Jason Day birdied two of his last three holes for a 66 to share sixth place on 206, five off the pace, alongside defending champion Justin Thomas, who stayed in contention with a 68, and first round leader Tyrrell Hatton (73).

While a birdie barrage propelled Henley into the third round lead for only the third time in his PGA TOUR career, he was rock steady with his putter and scrambled for par saves on five occasions, ranking first for scrambling and Strokes Gained: Putting through three rounds of the US$9.75 million tournament featuring 25 players from the top-30 of last season’s FedExCup standings and six from the world’s top-10.

“I putted really well. Left myself in some good spots to make some birdies and had some really nice par saves and scrambled well. Did a lot of good things,” said Henley, who finished T33 in his only appearance in THE CJ CUP in 2017.

“Yeah, anybody can come at me. I mean, some 8-unders and 7-unders this week, and I shot 6-under the first day. You can go low out here, the greens are great and it’s gettable but you’ve got to play well to do that. I’ve got to just keep my head down and play a good round for me. There’s so much golf to be played. You have to be aggressive and take your chances when you can.”

Griffin, a one-time winner on TOUR, soared into contention with a six-foot eagle on the seventh hole, followed by five more birdies. His lone bogey came on 18. “The putter saved me. I hit it all right there in the middle of the round, hit some good shots, but kind of the start and the end I struggled a little bit off the tee. But the irons feel good and the putter feels great,” said Griffin, who needed only 24 putts in his round.

“My coach came in Thursday and he gave me a good little tip and it clicked. Putter feels completely different than last week. Unfortunately, last week I hit it better than I am this week, so I’m going to go to the range and try and get some of those feels I had last week and have that going tomorrow.”

An erratic driver saw Schauffele, who finished second on the FedExCup final standings last season, struggling off the tee as he found only six fairways. His only consolation was knowing the fact that all his four previous PGA TOUR victories were come-from-behind wins. “Today was my bad day for the week. I guess I’m in a familiar place being three back now. Kind of a day to forget, I guess. We’ll leave it at that and try and do better tomorrow. Hopefully I can be in the hunt on the back nine there and you never know what can happen in the finishing stretch,” said the 26-year-old.

Bidding a third CJ CUP title in four years, Thomas was disappointed he didn’t finish the day closer to the new leader following a round that featured six birdies against two dropped shots. “I played really well. The golf course was definitely more difficult, the greens are a little firmer, a little faster. I’m pretty bummed or disappointed with the way I played the last four, I feel like I should have played those 2 or 3 under and just didn’t really take advantage of them. But I birdied 18, I got a chance, I can shoot a low one tomorrow,” said the 13-time PGA TOUR winner.

Two-time FedExCup winner Rory McIlroy carded his week’s best of 66 which featured eight birdies and sits seven shots behind Henley. “I sat here yesterday and you said 12 behind going into the weekend. I halved it. It’s hard, because if we get another day like this, you know, sort of one of these courses where a good score is 66 and an average score is sort of 70, 71. There’s not much separation. So I would need to go out and maybe shoot 64 tomorrow and see where that leaves me. But it was a good round today, I played better. I did what I wanted to do and that’s all I can ask for.”

Brooks Koepka, the 2018 CJ CUP winner and making a comeback from injury this week after a two-month layoff, shot his second successive 68 for a 210 total.

Japan’s Hideki Matsuyama carded a 70 for a share of 10th place to stay as the leading Asian in the elite field while Si Woo Kim, the 2017 PLAYERS Championship winner, carded a 69 for tied 28th place to end the day as the highest-ranked Korean out of the 11 in the field.

CJ Group also announced on Saturday that THE CJ CUP will return to Korea next year and move to Haesley Nine Bridges, which is located outside of Seoul. The first three editions were played at The Club @ Nine Bridges on Jeju Island.