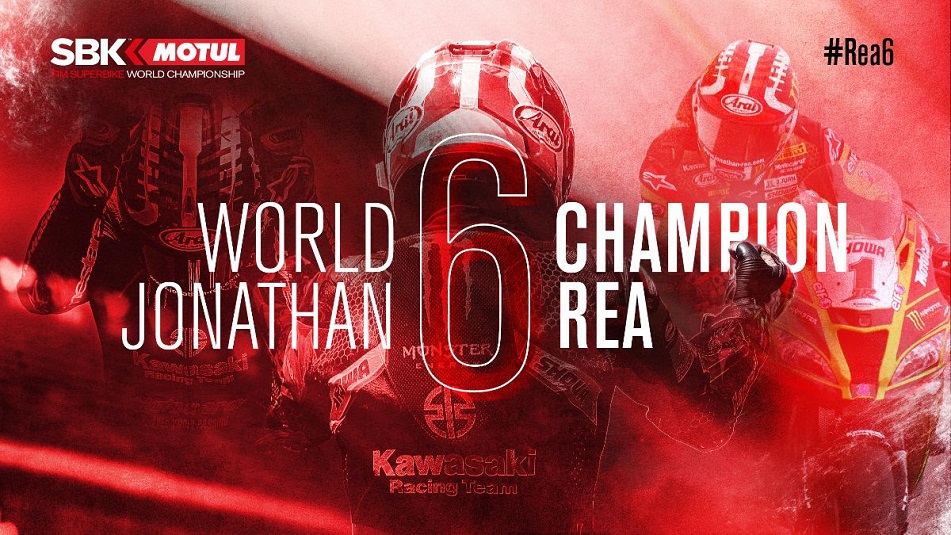 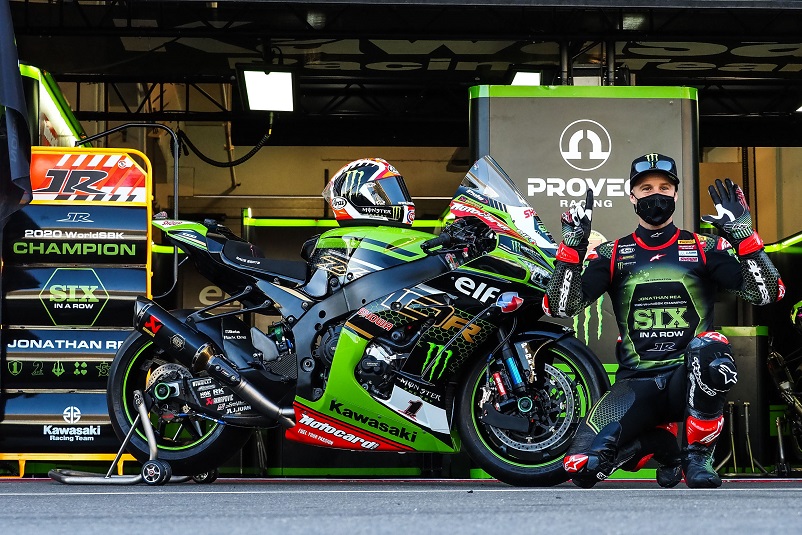 The Northern Irishman clinched the title having been under the strongest of pressure from WorldSBK’s star rookie Scott Redding (ARUBA.IT Racing – Ducati) during the 2020 season; the British rider adapting quickly to the category and showing strong race pace from Phillip Island onwards. Rea did not let it go and met the challenge as an opportunity to continue to showcase his relentless attitude and his tenacious attributes; a prime example being after his worst ever finish with Kawasaki in Race 2 at Jerez, he took a magical hat-trick at Portimao to bounce back in style. He then managed the season and scored valuable Championship points every round; taking the Championship lead from the Prosecco DOC Aragon Round and not letting it slip away.

Being a part of the Championship since 2009, Rea has become one of the Championship’s legends, clinching record after record. Already the rider with most wins and most podium places (183) in WorldSBK, he is one win away to reach the impressive milestone of 100 career victories in 2020, one of his hardest seasons yet with competition and rivals coming at all angles. Magny-Cours’ Tissot Superpole Race also marked his 300th race in the category.

Jonathan Rea started his career within the WorldSSP Championship in 2008.  On his first season he claimed solid results, winning three races and standing six times on the podium. It was also in 2008 that he made his debut in WorldSBK; finishing in fourth place at the Portuguese Round.

The following season, he made the move to the blue riband class with the Ten Kate Honda Team and took a first win at Misano. He achieved many strong results with the Dutch team during their six-year partnership before joining the Kawasaki squad in 2015, the first of six thrilling years for the Ulsterman. In the last two seasons, he has faced the challenge of Ducati’s Alvaro Bautista and Scott Redding to add two other crowns to his career records. 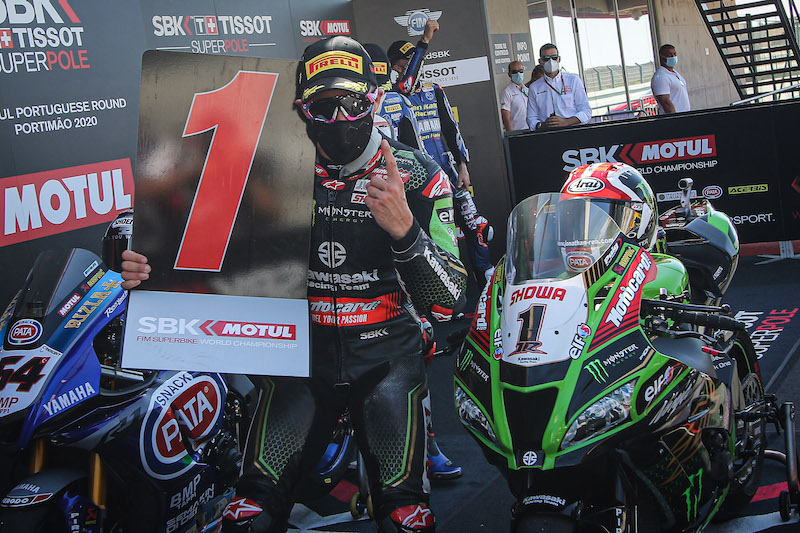 The 2020 season didn’t start in the best way Down Under at the wonderful Phillip Island Grand Prix Circuit, the Australian track being like a home round for Rea with his family connections. He didn’t finish in Race 1, but his strong motivation brought him to win the Tissot Superpole Race and a second place in Race 2, narrowly pipped by teammate Alex Lowes – Lowes led the way in the standings whilst Rea lay fourth.

When the action resumed at the Circuito de Jerez – Angel Nieto, Rea bounced back with a podium place in Race 1 and a victory in the Tissot Superpole Race despite his rivals’ strong shape; Scott Redding having won Race 1 and 2. Rea left the Spanish venue second in the Championship Standings, 24 point behind Redding after a difficult Race 2 combined with Redding’s success. As a five-time World Champion, Rea’s response to Redding was a triple at Portimao. He beat the competition by more than five seconds in Race 1, whilst Redding struggled. Rea took back the Championship lead, four points ahead of Redding.

In Aragon, he lost his advantage over Redding on Saturday; Redding claiming Race 1 victory while Rea finished in third place, giving the Englishman the Championship lead. With two victories in Sunday’s Tissot Superpole Race and Race 2, Rea bounced back to regain the top spot in the Championship standings; a position that he wouldn’t relinquish. The following weekend, with two second places in Race 1 and the Tissot Superpole Race, the latter being the first of 2020 he didn’t win, and a win in Race 2, he increased his lead to 36 points over Redding.

The five-time World Champion arrived to the first ever Catalunya Round at the majestic Circuit de Barcelona-Catalunya, the round being the home event for his Kawasaki Racing Team squad. Rea became the first ever winner in WorldSBK in Barcelona after his victory in Race 1. His second place in the Tissot Superpole Race and a fourth in Race 2 allowed him to put one hand on the 2020 trophy, building his lead to 51 points.

Arriving at the French venue with a comfortable advantage, Rea started his French campaign with a win in a wet Race 1. Heading into Sunday’s action, it was again Rea claiming victory in the Tissot Superpole Race, securing himself a pole position start for the afternoon. In Race 2, Redding took a crucial win and Chaz Davies (ARUBA.IT Racing – Ducati) took third place; whilst Rea finished in fourth place, meaning the fight for the 2020 MOTUL FIM Superbike World Championship went to the season finale at Estoril where Rea took the crown on Saturday afternoon in Race 1.

Following a crash in a dramatic Tissot Superpole session, Rea started Estoril Race 1 from 15th place. He managed to recover eight positions in one lap, being able to fight for a podium position. He crossed the finish line in fourth place to claim his sixth consecutive World Championship at the Portuguese track whilst Scott Redding retired with a technical issue. It’s a weight off his shoulders for Sunday’s Tissot Superpole Race and Race 2, aiming to win his 100th race.

The six-time World Champion will remain with the Kawasaki team for the 2021 season and both will aim to continue winning many records. Their target will be set on making it seventh heaven together and who would bet against them?

Jonathan Rea (Kawasaki Racing Team WorldSBK):
“I’m numb after this because I’ve got races tomorrow and my focus goes towards them already. I couldn’t imagine being here six months ago after crashing in Australia and then the lockdown. When I saw the calendar I couldn’t have picked a worse group of tracks for us. Last year was one of the toughest in my career because we came from so far back. We wanted to win but we didn’t understand how to win. We worked hard to do that and this year was different but the crash in Australia was a blessing in disguise and so was the lockdown because I could throw myself into my training. Looking back on the season, it’s been incredible.”

Canfield, williams on verge of finals

Canfield, williams on verge of finals