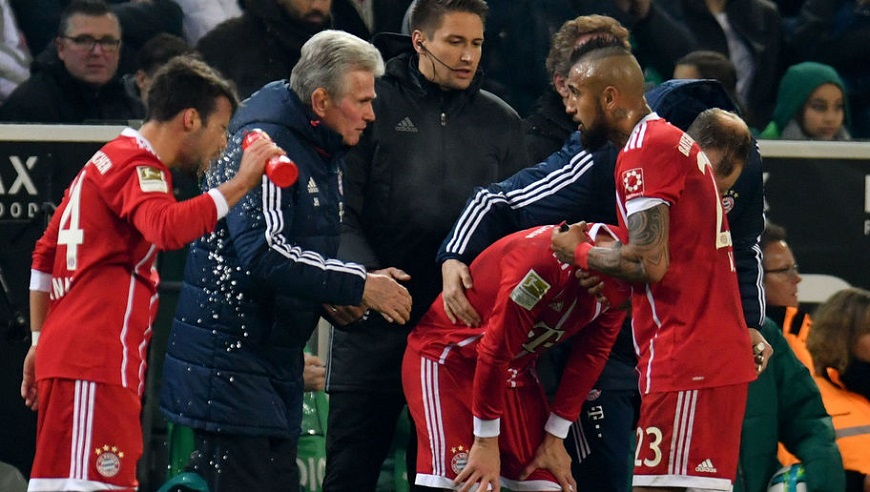 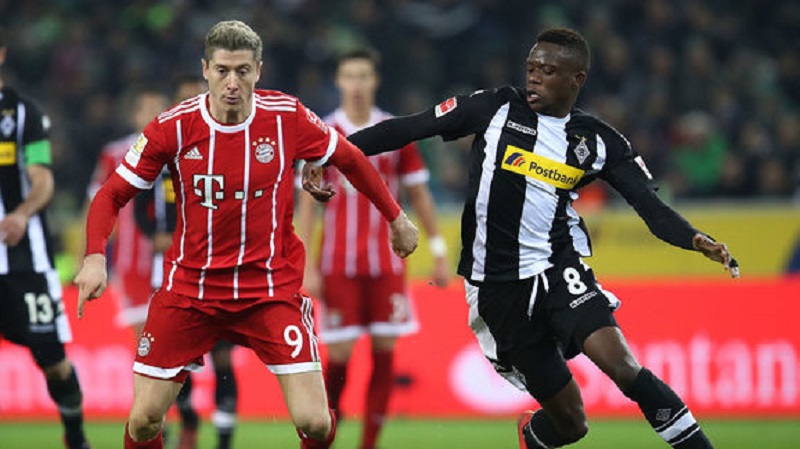 Bayern Munich coach Jupp Heynckes insisted he will be leaving next June after his side suffered their first defeat in the 10 games since he returned to the club.

Bayern lost 2-1 at Borusia Monchengladbach on Saturday, but still hold a three-point lead at the top of the German Bundesliga.

Before losing at Gladbach, Bayern won all nine games since Heynckes arrived for his fourth stint at the club in October after Carlo Ancelotti was fired.

Bayern held their Annual General Meeting on Friday when club president Uli Hoeness announced that he wants Heynckes to stay on for the 2018/19 season.

But the 72-year-old Heynckes, who coached Bayern to the 2013 treble of Champions League, Bundesliga and German Cup titles, made his position very clear.

“I don’t know what Uli was up to, saying something like that,” Heynckes told Sky after the defeat in Gladbach.

“We have a very clear agreement which will run up until June 30th.

“I do not want to comment on this every week.

“That’s a very clear agreement and it will stay that way.

“There’s nothing to rock the boat. He (Hoeness) said it at the AGM when you are already emotional.”

It was an unhappy return for Heynckes to Moenchengladbach, where he spent most of his playing career and where he has his family home.

A first-half penalty converted by Thorgan Hazard and a Matthias Ginter goal put them 2-0 up at the break.

Bayern pulled a goal back when Chile international Arturo Vidal fired in a long-range shot on 74 minutes, but Gladbach held on as Bayern suffered only their second league defeat this season.

“We lost the game in the first half,” said Heynckes.

“We didn’t invest enough. We played too slowly and didn’t find our rhythm, so we have to put the defeat down to the first half.

“We were better after the break, but Gladbach were clever in defence.”

The win came at a cost as Gladbach had Germany midfielder Christoph Kramer stretchered off after 11 minutes following a clash of heads with team-mate Jannik Vestergaard.

Kramer’s replacement Tony Jantschke also found himself on the way to the hospital after banging heads with Bayern’s James Rodriguez.

Neither Jantschke nor Rodriguez came out for the second half.

“He (Rodriguez) didn’t know what the score was at half-time, so I assume it was a concussion, but we have to wait for a proper diagnosis,” said Heynckes.

Gladbach are up to fourth after the shock victory leaves them unbeaten in their last five games.

“It’s clear you can’t defend everything against Bayern and you need a bit of luck, but we had a great attitude,” said goal-scorer Ginter.

Bayern host Hanover 96 next Saturday in their final Bundesliga game before their crunch Champions League showdown at home to Paris Saint-Germain on December 5.

They need to beat the French 4-0 at Munich’s Allianz Arena in order to win the group having lost 3-0 away in Ancelotti’s final match in charge.-Agence France-Presse