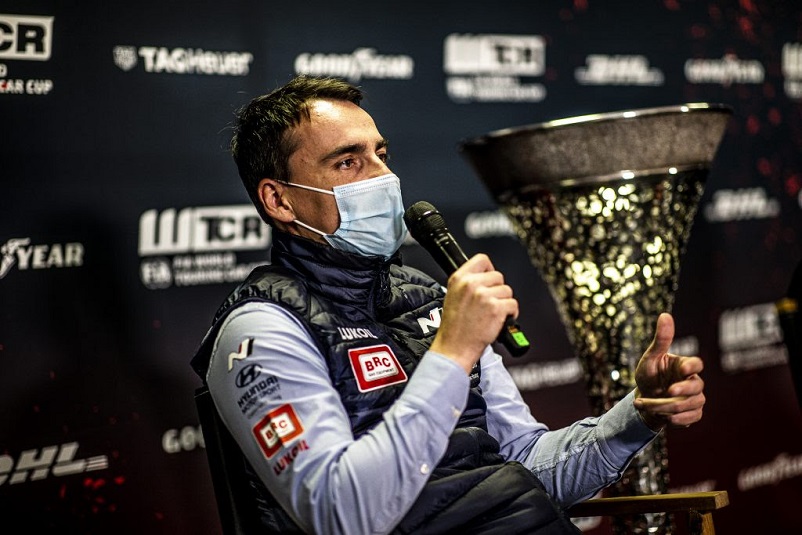 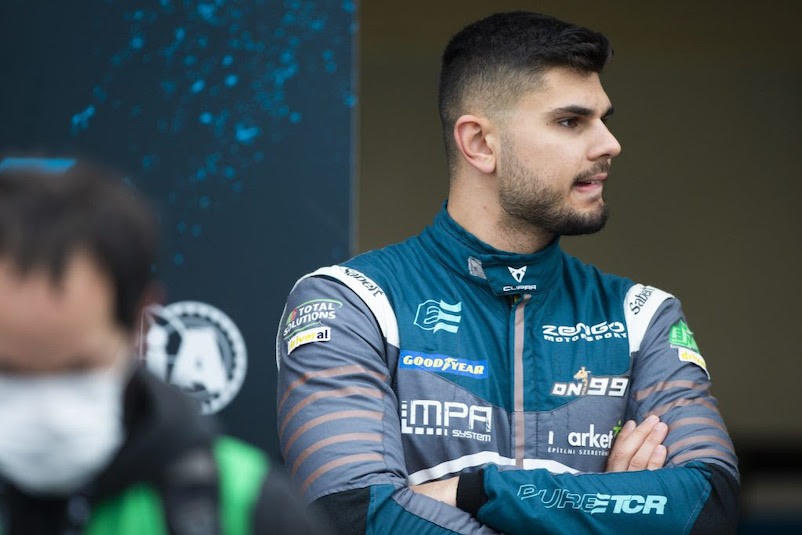 Leading local racers Michelisz, Nagy and Tassi in the hunt for Hungaroring highs

Hopes of Hungarian success in the WTCR − FIA World Touring Car Cup will rest on the shoulders of three star drivers when the series visits the Hungaroring next weekend (June 11-12).

Norbert Michelisz, the 2019 King of WTCR, joins rising talents Dániel Nagy and Attila Tassi in flying the Magyarország zászlaja at the 4.381-kilometre valley of speed, built for the 1986 Hungarian Grand Prix and a WTCR mainstay since the series was launched in 2018.

Michelisz, 37, is the elder statesmen of the trio, but his speed and desire have never been in question. Nagy, 24, had braced himself for a season on the sidelines until a phone call from Zoltán Zengő, the revered Hungarian talent-backer and team boss who gave Michelisz his big break back in 2005, handed him a late deal to contest a full WTCR season for the first time. Tassi, meanwhile, is the young gun of the group, albeit just two years Nagy’s junior.

Like Michelisz, Tassi is a WTCR race winner and lists a victory at the Hungaroring on his flourishing CV to boot. But their respective attempts to increase their WTCR winning were thwarted at the season-opening WTCR Clean Fuels for All Race of France last month when they collided within metres of charging off from the front row of the Race 2 grid.

Reflecting on the incident, Tassi, who drives a Honda Civic Type R TCR for LIQUI MOLY Team Engstler, said: “The past is the past, it’s happened and we go forward, fighting harder for better results. Immediately after the incident Norbi came to me and apologised. Obviously it doesn’t bring back the results and the points but we both lost. That’s racing, obviously we are good friends, I’ve raced in his team and we’ve known each other for so long so I never had a doubt we won’t speak again. But it happened, it was unlucky, he made a mistake, he didn’t see me, it’s in the game, it’s just a pity we both got into it and it was him and me.”

BRC Hyundai N Squadra Corse driver Michelisz was quick to hold his hands up for the clash of the countrymen, adding: “Unfortunately, I made a mistake. My start was average, I started to turn for Turn 1 and we touched. It was unfortunate. It was not the way to start the season. You need to learn from mistakes that you make.”

For his part in the incident Michelisz will line up for Race 1 at the Hungaroring with a six-place grid penalty. Ordinarily a reason for pessimism but the Hyundai Elantra N TCR-driving Michelisz is keen to remain positive. “It’s really something I would want to avoid but, in the end, I don’t know how much it will affect my race weekend. I am sure Race 1 will be very tricky because of this but many things can happen. It’s unfortunate and I am really sad but I will still try to do my best. I hope to take a home win but many things will need to come together.”

Nagy has yet to transfer his big potential into a WTCR race victory, but he did come close when he took part as a wildcard in 2018. Back then, Nagy pushed current team-mate Rob Huff for top spot, eventually taking second place for the M1RA team, which was actually co-founded by Michelisz.

“It’s funny because I was fighting with Rob a couple of years ago for the race victory when I was a wildcard driver,” said Nagy, whose first visits to the Hungaroring were as a fan in the grandstands. “I know the circuit and I was normally performing well there so I just want to enjoy it and chase that first victory which won’t be easy because the level is so, so high and it will be challenging.”

CUPRA-powered Rob Huff, the winner of the 2012 FIA World Touring Car Championship, heads the provisional WTCR Trophy standings for home team Zengő Motorsport. The category for independent racers with no financial backing from a manufacturer, was introduced in 2020 and lists Jean-Karl Vernay and Gilles Magnus as its title winners. Huff won the category in Race 2 at WTCR Clean Fuels for All Race of France after Mehdi Bennani had triumphed in the opening counter for Comtoyou Team Audi Sport. Click HERE for the provisional WTCR Trophy standings.

Norbert Michelisz (BRC Hyundai N Squadra Corse / Hyundai Elantra N TCR): “It’s always special to race in front of the Hungarian fans, it’s a very special atmosphere and very special memories connect me to this circuit. It’s where my career started, it’s where I enjoyed some of the most beautiful memories in my professional career. It’s an event I always enjoy a lot and I expect a lot of people to come to watch. Every year you have many things happening on the track at the Hungaroring. You have very tight action after the start, with side-by-side driving through Turns 1, 2, 3 and 4. You have a lot of overtaking possibilities there and even if it’s not always possible to overtake, it’s not always about just overtaking at the Hungaroring. The circuit is perfect for close racing and it always provides close, action-packed racing. For me this is the reason why the Hungaroring is always exciting and it’s always a good place to go and watch.”

Yvan Muller (Cyan Racing Lynk & Co / Lynk & Co 03 TCR): “Our car is good everywhere and we are capable to be on the podium of course and probably be not far away from the victory. But it depends on the temperature. The hot conditions that we can expect are always more complicated for the tyres, for brakes and, of course, for the driver and there is more stress on the car in general. It would be nice to get a good result because, at the moment, we are not leading and are quite a lot of points behind the Hondas and we are behind the Hyundais as well so it would be nice to be at the front and take some points.”

Dániel Nagy (Zengő Motorsport / CUPRA Leon Competición): “The race in Hungary is, for sure, special but I think it’s special for all the drivers because the atmosphere we have with all the fans is really something. But to be Hungarian and racing at that event is even bigger. I have been following all the touring car action at the Hungaroring from the beginning, first from the grandstands as a fan, then I was there in the support races and now it’s like the fifth time to be part of the Hungarian touring car event at international level, so I am really looking forward to meet all the fans, the friends and the family. It’s also the home event for Zengő Motorsport and I really want to perform well for them.”

Attila Tassi (LIQUI MOLY Team Engstler / Honda Civic Type R TCR): “I wouldn’t say it brings pressure but when you are racing at home you want to perform at your best level possible. I hope to see a lot of spectators because that’s an extra motivation for me to race in front of the home crowd and to perform as we can. In the last years my home race weekends were not ideal all the way from FP1 to Race 2 but I hope this year it will be different and we can fight for really good results and really strong points. Bad luck was the main reason for this but we have adapted and learned from what happened in the past. I haven’t won in the WTCR at the Hungaroring yet but I have done it in TCR International and it was amazing, to win both races at home. I remember last year when I won my first WTCR race [at Estoril in Portugal] it already felt really special so I cannot imagine what it can be like at home and with the home crowd there. It’s a dream and it’s the goal.”

MAGNIFICENT MAGNUS: BELGIAN ON HIS BREAKTHROUGH WTCR WIN
Gilles Magnus took a breakthrough victory at WTCR Race of Hungary last season. This is what it meant to the Comtoyou Team Audi Sport driver.

“It was a big relief I have to say. When I knew I was starting on pole I had a good feeling because this is a track where you need downforce and starting in front is a big advantage for sure. But you have still got to nail the start because it’s a long way to the first corner, so for me that was the crucial moment. We did that very well and afterwards it was just managing [the lead]. I was lucky to have Fred [Vervisch] just behind me, he defended for me very well so I have to thank him for the good team work. We deserved this result after being second many times.”