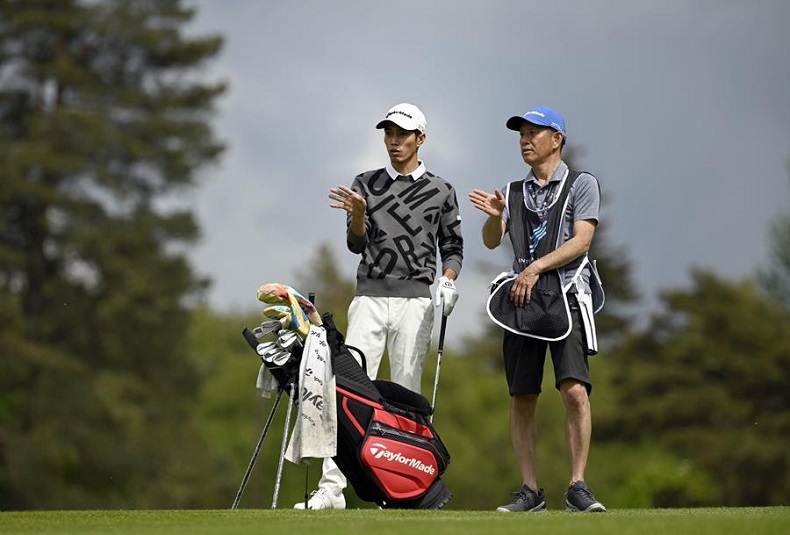 Chinese-Taipei’s Chang Wei-lun upstaged a stellar field at the inaugural International Series England today to take the first-round lead with a six-under-par 65.

“My family gave me some advice before I flew here,” said Chang.

“My grandfather is a professional golfer, and my uncle is a coach. They told me the first and third days are the most important. So, I was just trying to stay focused out there. They told me to just play consistently.”

The signs have been there that the 28 year old has been threatening something special as when the Asian Tour restarted at the end of last year, after a two-year gap because of the pandemic, he confidently made the cut in all four of the final events of the 2020-22 season.

He added: “Coming into this week, I wasn’t thinking too much. I have been playing well this season, but I know I can do better. The weather was much cooler than I expected. I was actually more concerned about the weather, so I prepared myself for bad weather conditions, but today’s condition is actually not too bad.”

Six-time Asian Tour winner Jazz said he has really benefited from catching up with his coach Pete Cowen this week.

“My game is getting better, training the right way since beginning of the year. Hitting good, just waiting for the scoring to come back,” said Jazz.

“I haven’t seen my coach Pete Cowen much. I saw him in Dubai but that was a while ago, and I saw him at the British Masters, and he is here this week with G-Mac [Graeme McDowell] so it has been really great, as obviously it’s just me and G-Mac so I can have as much time with him as possible.”

“We are just getting back to what we were doing in 2019.Working out why I was swinging it great in 2019 and what I am doing now. It’s really hard to explain. It’s a lot of small things. It’s like one of those games when you have a picture and you have to spot the small things. But mostly it’s timing. When you don’t see your coach for a while you just start getting lose.”

Last year’s top ranked player on the Asian Tour Kim three putted 18 for a bogey to slip back into the pack but he was content with his round considering the foreign conditions.

Said the 19 year old: “It was great. I actually had some hard situations that I made par with. Obviously, it would have been nice to have two putted 18. It’s just the first round, I have a lot of golf to play. Leading after the first round doesn’t mean I am going to lead on Sunday. It got really cold out there in the afternoon, so it was tough, especially over the last six holes. It is the kind of situation we don’t normally have in Asia, but I think I adapted really well.”

American Sihwan Kim, who currently leads the Asian Tour Order of Merit, started well with a 70, while playing partner Ratchanon “TK” Chantananuwat, the 15-year-old amateur sensation from Thailand, shot a 71.

Kim said: “Man, I pretty much made the best out of my round. Not really that good off the tee, but I just grinded – and made some decent putts.

“I made some bombs today, so that kind of kept my round going. I’ve got to get some work in after lunch and see how it goes.”

Ratchanon, who started on 10, made an incredible start with two birdies either side of an eagle in his opening three holes. That eagle came as a result of a stunning drive and thee-wood followed by a chip-in.

But a couple of loose drives at his 12th and 14th holes saw three strokes go and there was another mistake at the last.

He said: “Ball-striking was pretty bad. I’ve hooked three of my drives that have cost me four strokes. On three, it was probably so unlucky – it just went right in the trunk of the tree. Then five, an easy par four, I pulled it into the water. And the last hole – on nine. I definitely need to change up five and nine. I might even try my back-up driver!”

Northern Ireland’s Graeme McDowell, the 2010 US Open champion, came in with a 70.

Scores after round 1 of the International Series England 2022 being played at the par 71, 7069 Yards Slaley Hall HGR course (am – denotes amateur):