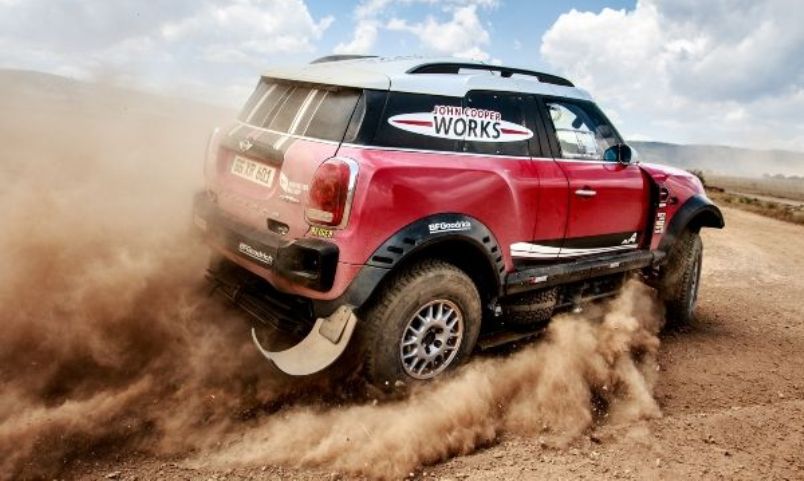 Mikko Hirvonen returns to Hungary, scene of his maiden MINI win in 2016

Cross-country race fans will be watching all the action of the Hungarian Baja 2017 very closely as the international gathering of drivers and teams commence preparations for Dakar Rally 2018. For MINI and motorsport partner X-raid, the Hungarian Baja race is yet another chance to hone and further develop the established and highly regarded MINI cross-country challengers.

Hungarian Baja 2017 (10-13th August) is the eighth round of the FIA Cross Country Rally World Cup. Last year’s event ended in jubilation for MINI and celebration for Mikko Hirvonen (FIN) by taking the win – his first cross-country world rally win with MINI. It was a case of double celebration because American Bryce Menzies completed the race with a fine second place spot on the podium.

The Hungarian Baja 2017 starts with official administrative checks and scrutineering of cars and competitors. First sign of action comes with a shakedown test session on Friday 11th August. This is then followed in the evening with the first official race action that is the Super Special Stage.

At the end of this thrilling 11.41km time-trial stage, the ten fastest competitors can then select their starting order for Saturday’s (12th August) Stage 2. Sunday 13th August is race end.

Returning to Hungary in a MINI John Cooper Works Rally (#4) is last year’s event winner Mikko Hirvonen. This year his co-driver is Andreas Schulz (GER)… and both are keen to net the same success.

Hirvonen; “I have fond memories of the Hungarian Baja. We now begin our Dakar preparations and, therefore, it is of major importance to cover racing miles. Last year, it was raining a lot in the run-up to the Baja and the conditions were very muddy. If the conditions are similar for this year the rally will be very difficult. The Baja is rather fast with routes resembling those often used in WRC.”

Jakub Przygonski (POL) with co-driver Tom Colsoul (BEL) is currently riding high in this year’s FIA Cross Country Rally World Cup with second place in the standings. Just weeks after completing Baja Aragon, the Orlen Team duo are keen to push their MINI John Cooper Works Rally for a good finish and maintain their charge on the World Cup number one position.

Joining the two regular crews of the MINI Family is newcomer Conrad Rautenbach (ZWE), who will be at the controls of a MINI ALL4 Racing with the experienced Filipe Palmeiro (POR) in the co-driver’s seat. Rautenbach is no stranger to the rally scene, having already won the African Rally Championship twice (2007, 2011), raced in WRC and competed to the finish at the 2017 Dakar Rally. MINI and cross-country rally fans alike wish this 33-year-old the best of luck in his first outing for the MINI Family.