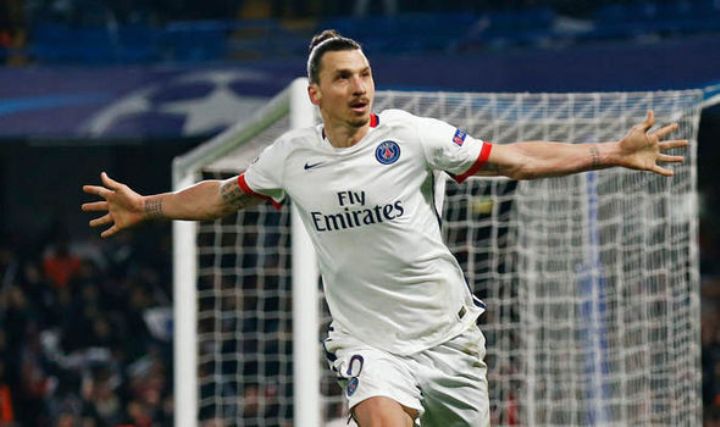 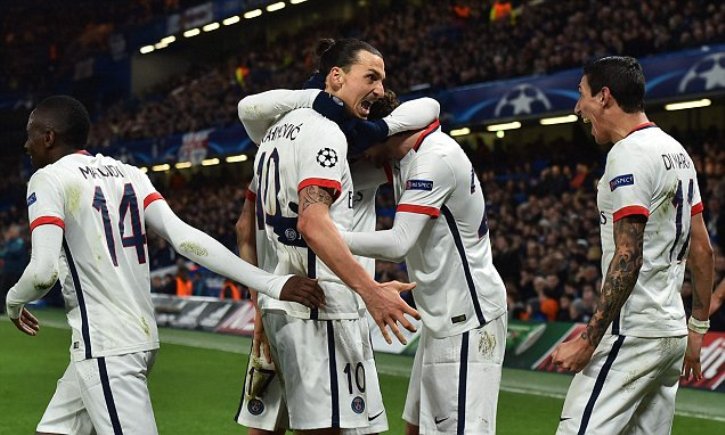 Paris Saint-Germain coach Laurent Blanc said that Zlatan Ibrahimovic had answered his critics by inspiring his team to victory over Chelsea in the Champions League last 16.

Ibrahimovic created the opening goal for Adrien Rabiot and then volleyed in a 67th-minute winner as French champions PSG won 2-1 at Stamford Bridge on Wednesday to complete a 4-2 aggregate victory.

The outspoken Swede, sent off during PSG’s success against Chelsea in last season’s competition, has faced criticism throughout his career for failing to reproduce his domestic form in European competition, but Blanc said that he had proven his worth.

“Zlatan played a match in keeping with what he’s done this season,” the former France defender told reporters in his post-match press conference.

“You always have doubts because it’s Ligue 1. That’s the truth. You ask if he can play like that in the Champions League. He gave his response tonight.

“He has important qualities for us. He moves the two centre-backs around in the opposing team.

“Technically he sees things very quickly. When he drops deep — which we ask him to do — he helps put our game in place. He played a great match like lots of PSG players tonight, like pretty much the whole team.

“It won’t give him confidence as he already has huge confidence in himself. But a goal and an assist will do him well, and the coach and the club get the benefit.”

Chelsea’s interim manager Guus Hiddink also heralded Ibrahimovic, whose contract expires at the end of the season, when he was asked if the 34-year-old could cut it in the Premier League.

“He’s proving already many, many years what kind of player he is,” said the Dutchman, who lost goal-scorer Diego Costa and Eden Hazard to injury in the second half.

“He’s a personality, he’s the boss in this team and they use him perfectly.

“He’s not the youngest, but for his age, for a footballer he’s doing very well. He can adapt himself, also through his big personality, in any league in Europe.”

With Chelsea 10 points below the top four in the Premier League, they face next season being almost certainly their first without Champions League football since Russian billionaire owner Roman Abramovich bought the club in 2003.

Saturday’s FA Cup quarter-final at Everton represents their last potential path to silverware this season and Hiddink said the club’s hierarchy would need to think hard about their next managerial appointment.

“Chelsea is now in a transition period,” said Hiddink, who has returned last season’s Premier League champions to an even keel after succeeding the sacked Jose Mourinho in December.

“They have to see how to go on and try to regain the lost terrain where Chelsea used to be. Chelsea must consider its short future, how to handle this.”

Hazard was booed off by some fans after sustaining a hip injury and also came under fire on social media for swapping shirts at half-time with PSG winger Angel di Maria, but Hiddink refused to condemn him.

“I’m aware. It should not be done,” he said of the shirt-swap.

“But in some countries it’s usual that you do it (at half-time) and not after the game. Maybe they’re both used to doing that. Don’t overvalue this issue.”

Hiddink felt that his side had been “too respectful” in the game’s early stages, but after falling behind to Rabiot’s 16th-minute tap-in they rallied and equalised through Costa’s drilled finish.

Ibrahimovic had the final say, however, deftly converting Di Maria’s left-wing cross, and Blanc feels that his side are now even better equipped for success in the tournament’s latter stages than a year ago.

“It’s a much higher level, the Champions League, and we have much more experience,” he said.

“The young players were very good technically and tactically. That’s very good going forward, for us, but also for them.” – Agence France-Presse