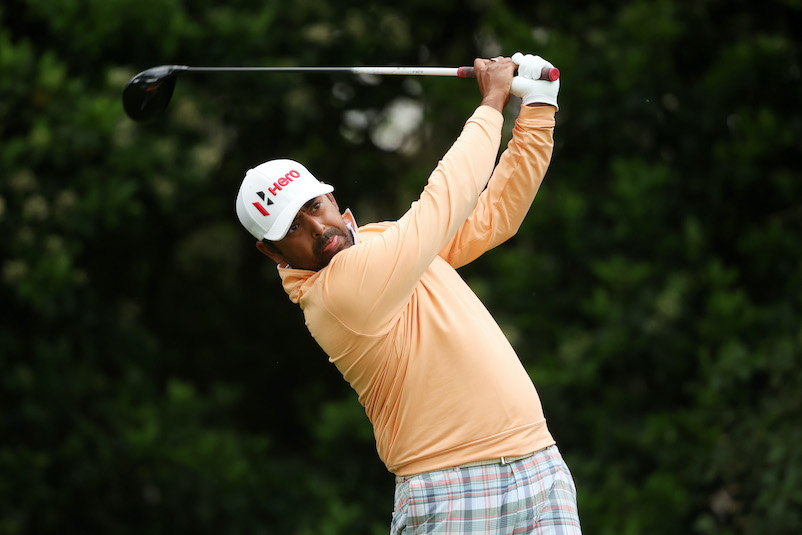 India’s Anirban Lahiri will be chasing a dream ticket to The Open Championship at St Andrews as a birthday gift to himself when he tees off at the John Deere Classic at TPC Deere Run in Silvis, Illinois this week.

Having turned 35 on Wednesday, Lahiri is keen to make a long-awaited return to the world’s oldest golf tournament following his last Open appearance in 2018. He has made six appearances in the year’s third major since his debut in 2012, providing him with life-long memories.

“That’s definitely a huge motivation to be here,” said Lahiri of the three Open Championship spots available at this week’s PGA TOUR stop. “This (John Deere Classic) is a great event no doubt but that (Open spots) makes it much more rewarding.”

Lahiri enjoyed a T31 finish in his Open debut in 2012 at Lytham St Annes which included a magical hole-in-one during the third round which led his father, Dr Tushar Lahiri, celebrating joyfully amongst the crowds. He finished joint 30th when he featured in St Andrews in 2015.

“I had a really good chance of finishing in the top-10 at St Andrews. I had a couple of bad holes coming home on Sunday. I certainly have fond memories of the time I was there. It’s St Andrews, it’s the home of golf. You dream about playing golf at St Andrews and it’ll be special to go back again,” he said.

The Indian star, who finished runner-up at THE PLAYERS Championship in March to earn a career high US$2.18 million, enters the week ranked 62nd on the FedExCup standings and with the Playoffs looming, he will be looking to build momentum towards the business-end of the season.

Aside from the FedExCup, which is the TOUR’s ultimate prize that players are fighting for, the Presidents Cup qualifying will also conclude at the BMW Championship, the second event of the Playoffs. Lahiri, who featured in the 2015 and 2017 Presidents Cup, is currently 15th on the International Team standings with the top-8 earning automatic selection.

“This is my third time here and it’s a great event. It’s fantastic for the community here and has a good history. It’s a unique track and it’s in the best shape I’ve seen it. If it rains or the winds die down, then it gets a little easier. You’ve got to make as many birdies as you can,” he said.

“I love this weather, I like it when it’s warm and sweaty. I feel really comfortable. I’ve gotten used to these grasses here and I think it’s a really good layout and it fits my eye. There’s a lot of shape and a lot of stuff to aim at. These are the type of things which I enjoy.”

Lahiri is also scheduled to compete in the Genesis Scottish Open next week, an event co-sanctioned by the PGA TOUR and DP World Tour as part of a strategic alliance, and has attracted a stellar line-up of global stars.

“I’ve not been playing that much in the last couple of months,” said Lahiri, who welcomed the arrival of his son in May. “Now that we’re heading into the final stretch, I love playing weeks and weeks in a row. This is my second week now and then I’ll play in Scotland. I’m trying to build the rhythm, get the momentum going and roll into the Playoffs and playing some of my best golf.”