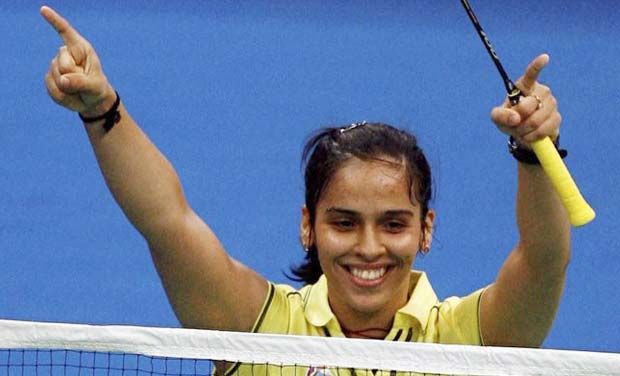 Badminton star Saina Nehwal has shrugged off mounting pressure over whether she will become the first Indian woman ever to clinch the world number one ranking, at the Indian Open in New Delhi.

Nehwal, currently number two after reaching the prestigious All-England Championship final this month, is expected to snatch the number one spot if she wins the tournament in front of a home crowd.

But 25-year-old Nehwal, who already has a string of firsts to her name, insists numbers do not count for much.

“Whether my ranking is 1, 2 or 10, it doesn’t matter. For me what matters is that I should stay fit and whom so ever I play against I give my 100 percent,” she told AFP after cruising past a qualifier in the opening round on Wednesday.

Nehwal said she was still feeling some pain from a slight shoulder injury suffered during the All-England Championship where she lost to Spain’s Carolina Marin in the final.

The first Indian woman to win a Super Series title as well as the first to win an Olympic medal atbadminton, Nehwal might again meet Marin, seeded second in the $275,000 Super Series event.

“I am recovering from the injury, of course a bit of pain is there but every sportsperson has to face some fitness problem or other,” Nehwal said.

“For the last six-seven months I have been playing really well. Actually I did not expect to play so well.”

Both the men’s and women’s finals are slated for Sunday. – Agence France-Presse