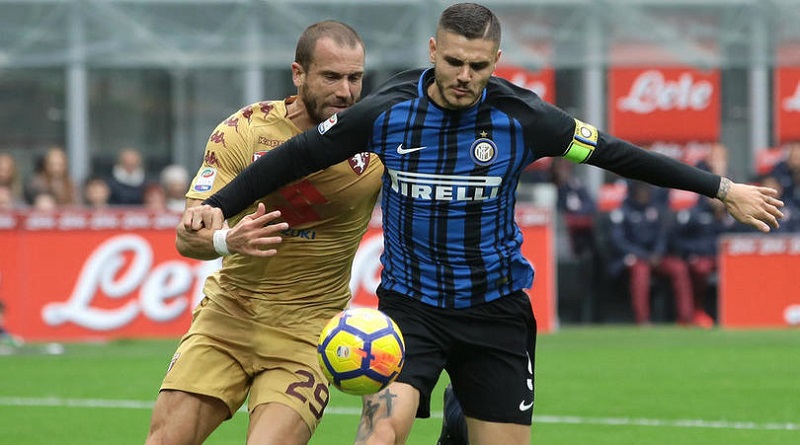 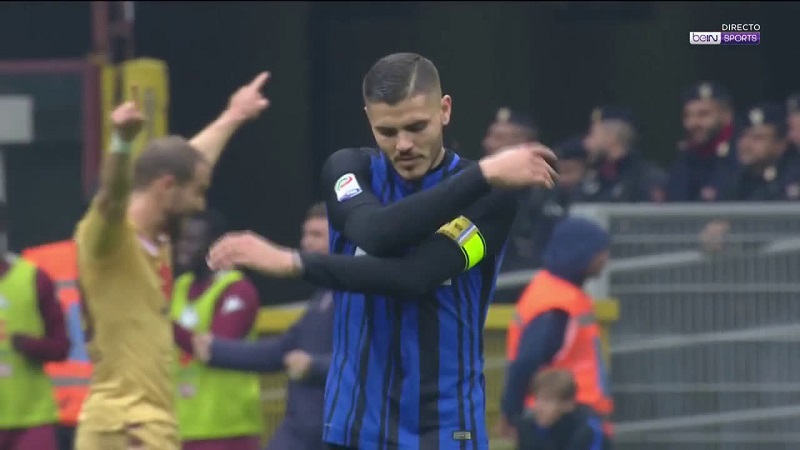 Inter Milan maintained their unbeaten record in Serie A on Sunday but a 1-1 home draw against Torino could allow Napoli to extend their lead at the top of the table.

Inter fought back after Iago Falque put Torino ahead on 59 minutes, with Eder coming off the bench to snatch a point 11 minutes from time after a neat touch from captain Mauro Icardi.

But the hosts missed a golden opportunity for the winner at San Siro when a powerful Matias Vecino effort late in the match rattled the crossbar.

Inter have nine wins and three draws from 12 games this season, dropping points only to Napoli and Bologna before this match, and are second in Serie A with 30 points from 12 games.

They will stay clear of Lazio, though, after the capital club — joint third with Juventus — had their match against Udinese in Rome called off at the Stadio Olimpico on Sunday afternoon.

Heavy rain struck the Italian capital just before the planned kick-off at 1400 GMT. The rain stopped an hour later but after referee Luca Banti and the two captains tested the conditions, the decision was taken to postpone the match because of a waterlogged pitch.

Inter coach Spalletti praised his team for getting themselves back on level terms but admitted his frustration at dropping two points.

“The draw leaves something of a bitter taste in the mouth, we made some mistakes where we usually manage things in a different way,” he said.

“We had an opponent on our level in front of us, a team of substance.”

Italian international Eder, who extended his contract with the club during the week, added: “We’re sorry for this draw. The fans filled San Siro to take us to victory. There’s a lot of disappointment.

“We ran and fought, it was a pity that the three points did not come. We can do better, but we have always said that Torino are a good team.”

Torino move provisionally up to seventh with 17 points from 12 games.

Seven-time European champions AC Milan, in the midst of a poor run of form in Serie A and sitting ninth, will be looking for some relief later when they go to struggling Sassuolo in a game which could be decisive for coach Vincenzo Montella’s future. – Agence France-Presse