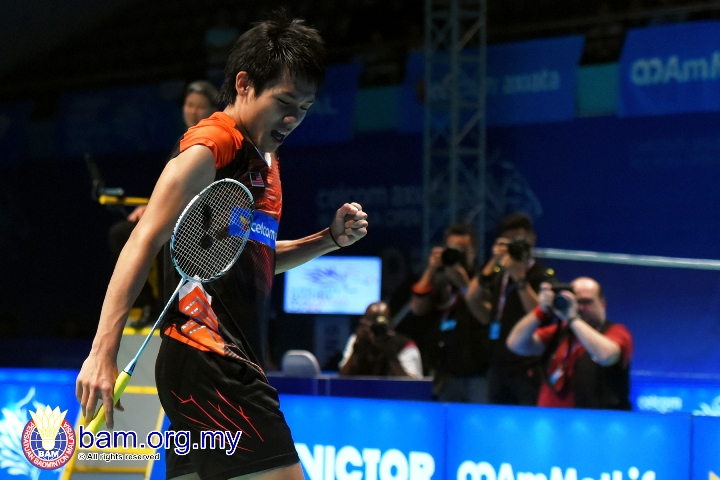 # Zulfadli and Wei Feng fall in qualifying round

The much awaited revenge match between Malaysia’s Datuk Lee Chong Wei and Hong Kong’s Wei Nan will not take place in the USD550,000 Celcom Axiata Malaysia Open SuperSeries Premier after all.

Wei Nan, who beat the Malaysian ace in the second round in the India Open last week has pulled out from the Malaysia Open. He was drawn to meet Chong Wei in the first round.

Chong Wei, the second seed, will now face Japan’s Takuma Ueda in the first round after the Japanese was promoted from the qualifying rounds.

Meanwhile, Malaysia will have four players in the men’s singles in the main draw with national champion Iskandar Zulkarnain Zainuddin, Goh Soon Huat and Chong Yee Han coming through the qualifying rounds.

However, it was another disappointing exit for Cheong Wei Feng who fell at the first hurdle in the qualifying round. Wei Feng lost 21-7, 7-21, 17-21 to Japan’s Kenichi Tago in a 44 minute match.

Also out is Zulfadli Zulkifli who went down to Indonesia’s Christie Jonathan 10-21, 25-27.

Iskandar, who has fully recovered from his heel injury, defeated Indonesia’s Sony Dwi Kuncoro 21-16, 18-21, 21-10 in the first match and Scotland’s Alistair Casey 21-7, 21-14 in the second to advance to the main draw. He plays Indonesian Anthony Ginting in the opener.

“This is the first time I have qualified for the main draw in a Superseries event. It is a new thrill and new found confidence after I won against Sony. I face another Indonesian in the opening match in the main draw but I have my game plan. I know what to do on the court after playing two matches in the qualifying round.” said Iskandar.