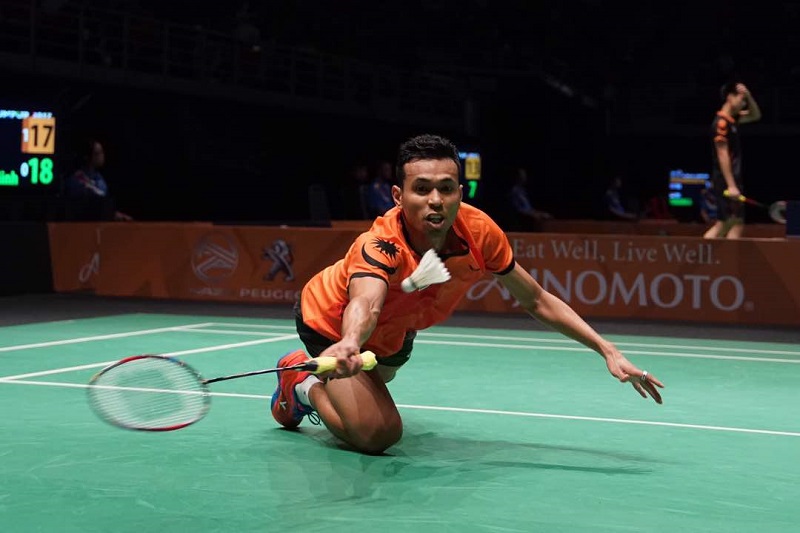 It has been a fairytale run for Malaysia’s Iskandar Zulkarnain Zainuddin in the USD350,000 Yonex-Sunrise Dr Akhilesh Das Gupta India Open Masters in New Delhi as he marched into the semi-finals on Friday.

The Malaysian, who had to come through the qualifying rounds, gave another polished display to oust India’s Sameer Verma in the quarter-finals with a 21-17, 21-14 in 49 minutes.

The win over Sameer came in the wake of Iskandar’s straight games 21-19, 21-17 win over India’s world number three and second seed K. Srikanth in the second round – a win that boosted his confidence.

To celebrate his win over Sameer in the quarter-finals Iskandar gave a loud yell after throwing his racquet on the court followed by a big hug for his coach Datuk Misbun Sidek – the man who has never given up hope on the player despite Iskandar’s spate of poor results.

“This is my first semi-final after the China Open in 2016. Coach Misbun made a big difference to me in this tournament at a time when I was going through a bad spell in my badminton career,” said Iskandar.

For a place in Sunday’s final Iskandar will battle fourth seed Shi Yuqi of China who dumped Wang Tzu Wei of Chinese Taipei 21-13, 21-12 in 36 minutes. The other semi-final will be between third seed Chou Tien Chen of Chinse Taipei and China’s Qiao Bin.

There was a major upset in the women’s singles when Hong Kong’s Cheung Ngan Yi stunned Olympic champion, second seed Carolina Marin of Spain in straight games 21-12, 21-19 in a 48-minute encounter.

India’s Saina Nehwal, seeded fourth, also fell by the wayside after a surprise 10-21, 13-21 defeat to China-born Zhang Beiwen of the United States in only 32 minutes. Beiwen will meet Ngan Yi in the semi-finals.