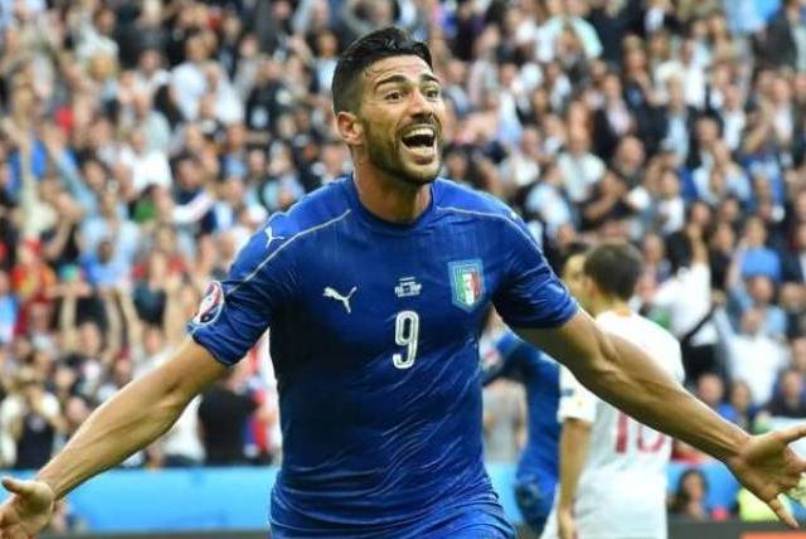 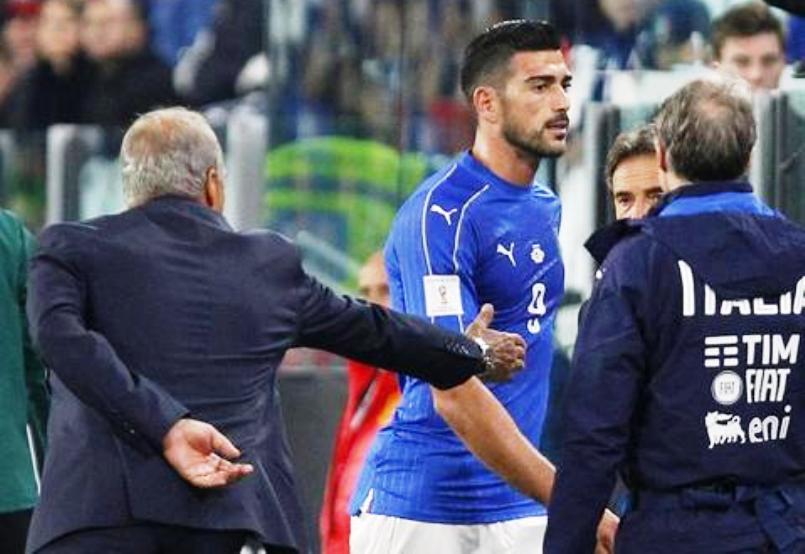 The Chinese-based former Southampton forward has paid the price for failing to shake his coach’s hand when he was substituted in Thursday’s 1-1 draw against Spain.

“Manager Giampero Ventura, in agreement with the (Italian federation) FIGC, has decided to exclude Graziano Pelle from the squad for the Macedonia match because of his disrespectful behaviour when he was replaced,” a federation statement read.

“To be part of the national team implies the sharing of common values and behaviour conforming to the wearing of the blue shirt, beginning with respect towards the management, players and fans.”

Pelle, an Italy regular for the past year, was dropped after an hour following an ineffective display in Turin and replaced by Ciro Immobile.

He walked off the pitch, ignoring Ventura’s outstretched hand, and finds himself punished despite offering an apology on social media.

“So once again I’ve done something stupid. I behaved unacceptably towards the boss (Ventura) and to my teammates, who have always displayed their values in this fantastic group of which we’re part,” he posted on Instagram.

“Every serious mistake inevitably has its consequences and it’s absolutely right that I take responsibility for what’s happened. It’s my duty to say I’m sorry.”

Pelle, who missed a penalty in Italy’s quarter-final shoot-out loss to Germany at Euro 2016, scored the opener in a 3-1 World Cup qualifying win in Israel last month.

AC Milan midfielder Ricardo Montolivo will also miss Macedonia after picking up an injury Thursday, and will be replaced by Torino’s Marco Benassi.

Benassi, 22, has never played for Italy but was a key member of the national junior squads.

Thursday’s Spanish stalemate where the Azzurri were outclassed left Italy third in Group G ahead of Sunday’s game against Macedonia in Skopje. – Agence France-Presse