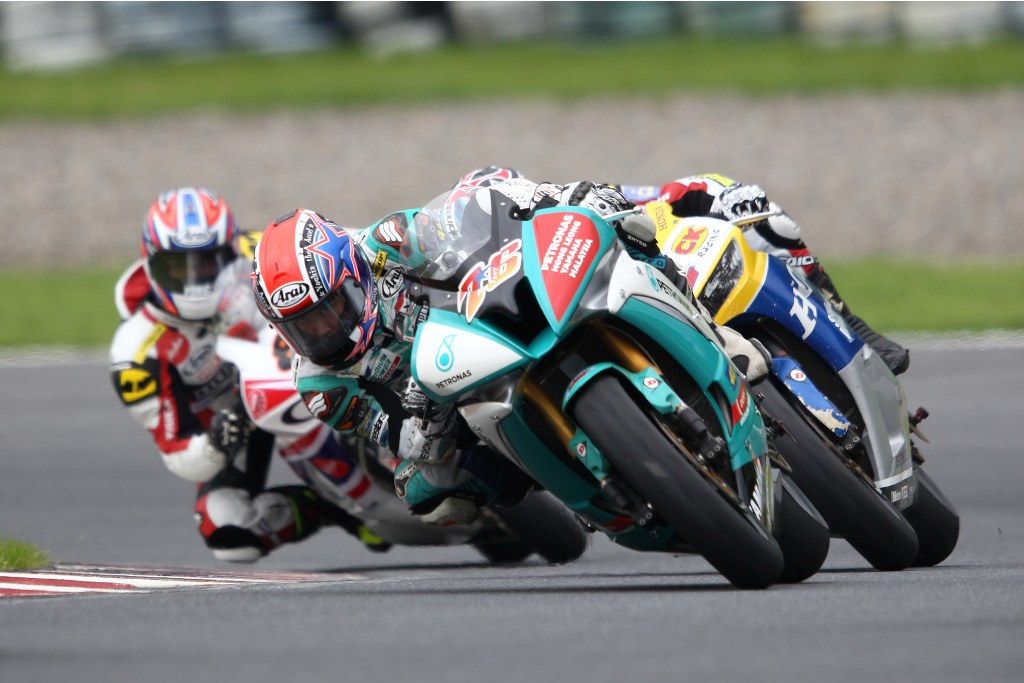 The Japanese riders were clearly at home at their iconic Suzuka Circuit as the first day of practice went underway for Round 4 of the 2014 PETRONAS Asia Road Racing Championship being held from September 5 to 7, 2014.Team PETRONAS Hong Leong Yamaha’s Yuki Ito brought home the fastest time of the first day’s practice in the SuperSports 600cc class when he stopped the clock at 2’15.030s. “Today’s time is still far from my personal best at this circuit. During the All Japan, I managed to clock within the 2’12 range. Because of that, I am confident that lap times will drop further by qualifying,” said Ito.Split seconds off Ito’s pace, Katsuaki Fujiwara of BEET Kawasaki Racing posted the second fastest time of the day with 2’15.466s.“The track hosted the Super GT last week and the track is still a little bit dirty. With more track time for the bikes, the track conditions will certainly improve. For sure, today’s time was not so impressive,” Fujiwara agreed with Ito.While Ito and Fujiwara are provisionally the front runners from the first day, Malaysian youngster Mohd Zaqhwan Zaidi of MUSASHi Boon Siew Honda Racing also showed his potential to qualify for the front row when he chalked up the third fastest time of the day, 2’15.535s.In the Underbone 130cc category, championship leader Gupita Kresna Wardhana from team Kawasaki KYT Rextor Manual Tech emerged fastest from the second free practice session after nothing up a time of 2’46.190s.Harian Metro Y-TEQ SCK Honda’s Ahmad Fazrul Sham was second fastest with 2’47.977s followed by Hokky Krisdianto of Outdo Koyoko Motul Yamaha YY Pang with 2’48.090s.“The bike is in good condition and our set up has yielded better results than I expected,” said Gupita. “I feel that my Kawasaki will have a strong advantage thanks to the decision for the Underbone 130cc bikes to race full track at Suzuka. The long straights and sharp corners suit my riding style and machine very well. I am feeling really confident right now.”In the Asia Dream Cup class, Suzuka born-and-bred Reitoku Kurogi set the benchmark with 2’46.457s followed by Khairul Idham Pawi (2’47.294s) and a constantly improving Chuang An-Yu third (2’47.477s).Results: