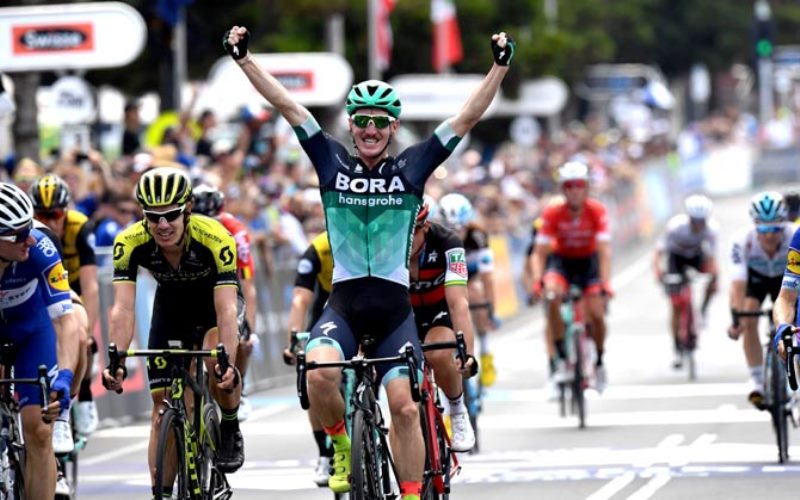 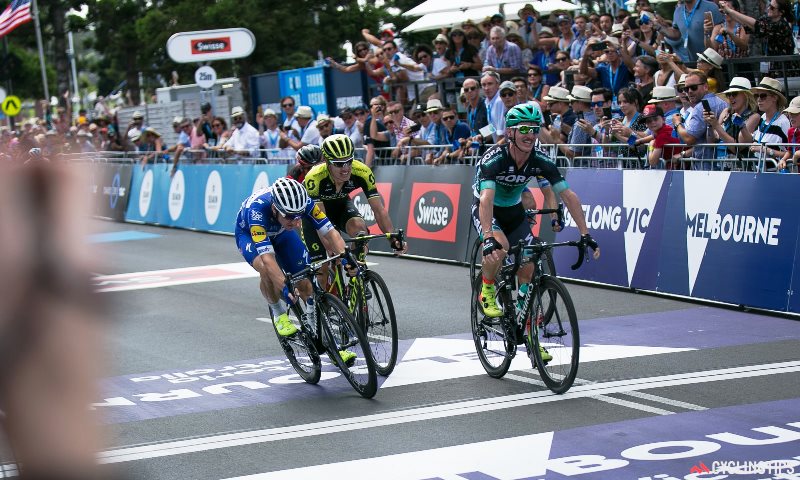 McCarthy (Bora–Hansgrohe) took the fourth edition of the 164-kilometre (102-mile) race in  Victoria in four hours and four minutes.

Viviani (Quick-Step Floors) and South Africa’s Daryl Impey (Mitchelton-SCOTT), who won the UCI season-opening Tour Down Under in South Australia last week, were in second and third place respectively with the same time.

McCarthy, 25, who was second in the Australian Road Race Championship earlier this month, said he was speechless at finishing his last race in Australia with a win before heading back to Europe.

He had talked up his chances of a win before the race — named after Australian cycling great Cadel Evans — as teammate and three-time world cycling champion Peter Sagan had left Australia after the Tour Down Under.

Viviani said he was disappointed to have finished second but pleased with the start to his season.

“If the finish line was one metre later I would have won,” the 28-year-old said.

“Not easy for me this course. I’m happy about my shape. Sometimes during the season I never finish in front of race like that one. So in January my shape is good.”

The peloton caught the leaders with 15 kilometres to go, and a breakout of nine riders went clear in the final city circuit including Gerrans (BMC Racing Team), Esteban Chaves (Mitchelton-SCOTT), Impey and McCarthy.

McCarthy eventually proved too strong in the sprint to the finish.

McCarthy, from Queensland, said he was used to the heat and humidity but still found the conditions challenging.

“I’m used to it. Still hurts … It’s more humid than normal down here. We get humidity and heat in Queensland and the two together worked well for me,” he said.

Australian rider Chloe Hosking (ALE) won the women’s race on Saturday with a time of three hours, 15 minutes and 54 seconds.

The race was the first of 16 one-day classics that make up part of the 37 events in the UCI WorldTour calendar this year. – Agence France-Presse