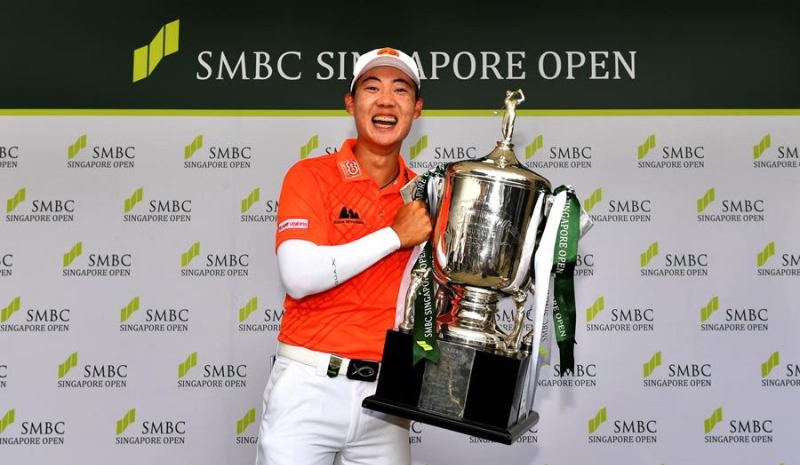 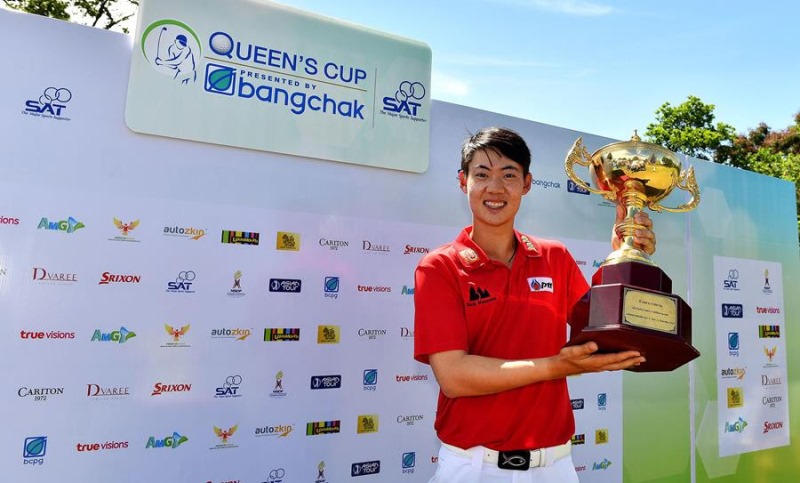 Thailand’s Jazz Janewattananond has been elevated into the higher echelons of professional golf after winning the US$1,000,000 SMBC Singapore Open.

The 23-year-old Jazz broke into the top-100 of the Official World Golf Ranking (OWGR) for the first time in his career. He moved 37 places from 111st to 74th after earning 24 OWGR points upon his win at the Sentosa Golf Club.

Jazz was up against a star-studded field that included the best golfers from the Asian Tour and the Japan Golf Tour Organisation (JGTO), as well as global stars Sergio Garcia, Paul Casey and Davis Love III.

The Thai hotshot was enjoying a rich vein of form going into the Asian Tour season opener, having secured a fifth-place finish on the Asian Development Tour’s Boonchu Ruangkit Championship the previous week. He also posted top-fives at the Queen’s Cup hosted by Jaidee Foundation in late November and the BNI Indonesian Masters in December.

Jazz lived up to his tag as a top contender by lifting the coveted trophy. The key to his success at the SMBC Singapore Open was to adopt a more relaxed mindset in the final round.

“I wasn’t expecting to win. I was only going for The Open ticket,” said Jazz, now a three-time winner on the Asian Tour.

He only felt the pressure after the turn on Sunday, and it mounted after he made a bogey on the 13th that cut his lead to one. However, he held his nerve to win the tournament, which comes with a US$180,000 prize cheque and The Open spot that he was aiming for.

To add the icing on the cake, Jazz set a new tournament record for winning total with a score of 18-under-par 266, surpassing the mark of 267 set by Adam Scott in 2010.

Jazz added: “Breaking into the world’s top-100 is a great deal for me, and winning the Singapore Open is a great achievement. I am going home to celebrate with my family tonight. My dad went for surgery recently, and I want to see him now and share this trophy with him.”

Compatriot Prom Meesawat will also be heading back to Thailand in a triumphant mood as he got his season off to a good start by finishing in tied-fifth. He shares second place on the Asian Tour Habitat for Humanity Standings with Korea’s Doyeob Mun. Both Prom and Mun have also earned a spot at The 148th Open at Royal Portrush.

Thailand’s Gunn Charoenkul followed up his brilliant showing at the Asian Tour Qualifying School with a tied-seventh finish in Singapore. He is fourth on the money list.

The Asian Tour will be heading next to the ISPS HANDA World Super 6 Perth, which will be happening from Feb 14 to 17 at the Lake Karrinyup Country Club.

Top players on the Habitat for Humanity Standings