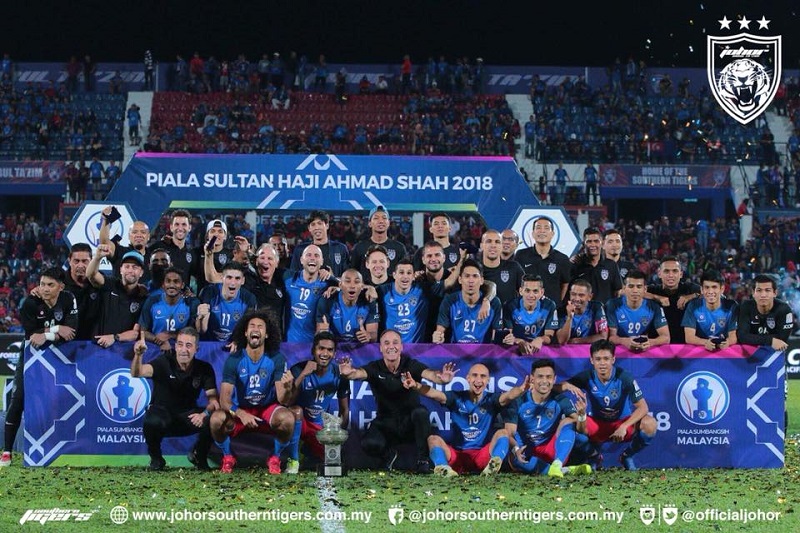 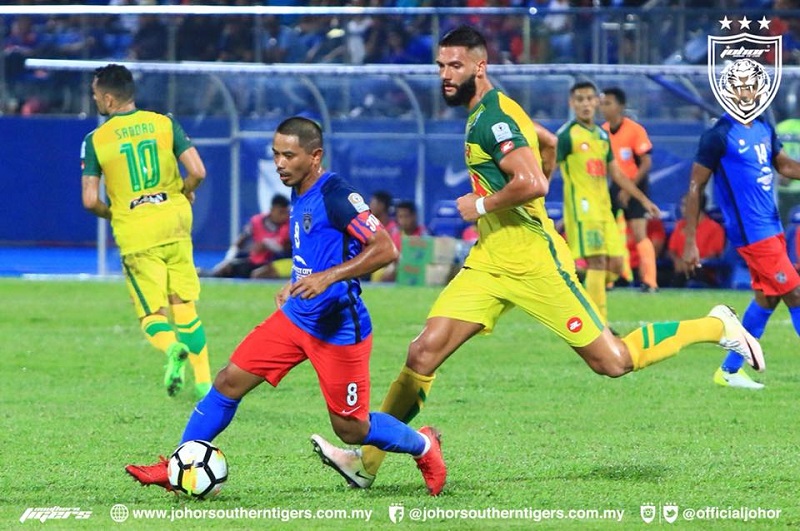 Malaysian Super League champions Johor Darul Takzim (JDT) won the Charity Shield with a come-from-behind 2-1 win over FA Cup champions Kedah at the Larkin Stadium in Johor Bahru on Saturday.
The M-League curtain raiser also doubled up as a Super League match and it was a memorable return for two of JDT’s big names – Argentine hitman Luciano Figueroa and Brazilian defender Marcos Antonio.
For Antonio to get his name into the scoresheet was indeed a memorable comeback to the team after missing more than half the season through injury. A key player in the team Antonio netted the winner with a powerful header from an assist by Corbin Ong on 58 minutes.
Earlier, in the 28th minute Figueroa, brought back into the team this year after a year’s absence, equalised for the Southern Tigers also through a header off a freekick by Safiq Rahim.
Meanwhile, newly promoted Terengganu FC I could only salvage a 2-2 draw against PKNS FC at the Sultan Ismail Nasiruddin Shah Stadium in Kuala Terengganu – thanks to a brace by Kipre Tchetche who was on target in the 37th (penalty) and 74 minutes.
The visitors got their goals through Qayyum Sabil (40th) and Rafael Ramazotti (69th).
At the Hang Jebat Stadium in Melaka the home side came back from a goal down to beat Kelantan 2-1. Bruno Lopes put Kelantan ahead in the first minute but the homesters were on level terms in the 10th minute through Yahor Zubovich.
Former international Amiridzwan Taj Tajuddin paid a heavy price for Kelantan for a crude tackle on S. Chanturu inside the box and gave away a penalty. Jeon Woo-young made no mistake from the spot for Melaka’s winner in the 31st minute.
Super League newcomers Perak SEDC (PKNP) stunned Negri Sembilan at the State Stadium in Batu Kawan – taking all three points with a 1-0 win. Cambodian Keo Sokpheng netted the winner in the 50th minute in an afternoon match. BY RIZAL ABDULLAH
RESULTS (Saturday, Feb 3)
SUPER LEAGUE
Terengganu    2     PKNS FC     2
JDT    2     Kedah    1
(JDT win Charity Shield)
Perak SEDC    1     N.Sembilan    0