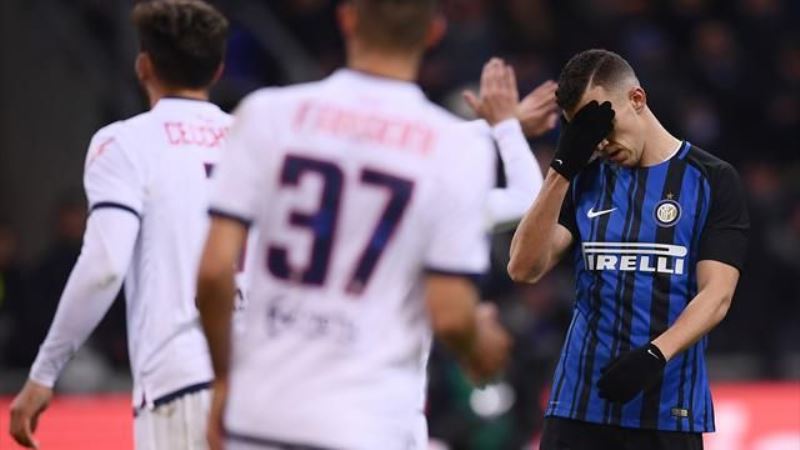 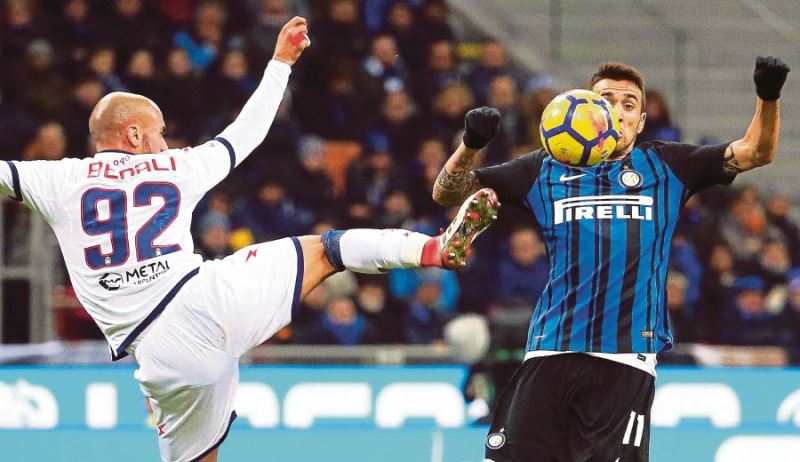 Inter Milan were jeered off the pitch at the San Siro after extending their winless run to eight games in Serie A with a 1-1 draw against minnows Crotone on Saturday.

Brazilian Eder headed in for the hosts after 23 minutes only for Andrea Barberis to level 15 minutes into the second half to leave Inter without a win in two months.

Inter captain Mauro Icardi was out injured but watched from the stands, with new signing Rafinha coming on late in place of Antonio Candreva who was substituted along with Marcelo Brozovic after being whistled by the crowd, with the banner “Wake up .. let’s get back to winning” unfurled in the stands.

Crotone’s Marcello Trotta tested the Inter defence in the 77th minute, breaking clear only for his sliding effort to fly just wide of the post.

Spalletti’s side remain fourth — 12 points behind league leaders Napoli — with Lazio in third, having a chance to pull four points ahead of Inter when they host Genoa on Monday.

“It’s clear that we’re in a little difficulty, we’re below par in more or less every area and haven’t won for a long time,” said Spalletti after a tenth game without a win in all competitions.

“Once something goes wrong, we lose confidence and seem to have a weak character. We return to having the fears of what was in the past.”

Crotone coach Walter Zenga was in tears at the final whistle at his former club.

“To see the team play like this, with this character in a stadium like the San Siro against a side like Inter was wonderful,” said former goalkeeper Zenga, who played over 400 games for Inter.

“It’s never easy for me to come here and it feels as if my life goes flashing through my mind, all the history here. It’s tough.

“We pushed hard and ran a few risks. I am happy with the performance, as I think if we play like this consistently, we will get the results.”

Crotone are now three points above the relegation zone following a 1-1 draw against Cagliari and 3-0 win over Verona in the previous two weeks.

Earlier, Ghanaian Afriyie Acquah scored the equaliser only to be sent off as Torino also settled for a 1-1 draw against European rivals Sampdoria.

Lucas Torreira put the hosts ahead after 11 minutes in Genoa, but Acquah equalised quarter of an hour later before being sent off for a second bookable offence in the second half.

“We had a great performance against a strong Sampdoria, I’m only sorry to have taken only one point,” said Torino coach Walter Mazzarri, who was also banished from the sidelines late on for protesting.

“This team has been reacting really well for four games now and they retain the movements so well it’s like watching a Playstation game.”

Torreira made no mistake two minutes later, with a free-kick passing through the wall to surprise Torino goalkeeper Salvatore Sirigu.

But Acquah levelled in the 25th minute with a shot from the edge of the box which took a massive deflection off Sampdoria defender Gian Marco Ferrari.

Torino could have taken the lead three minutes later with Mbaye Niang’s lob just off target.

Torino lost both Nigerian Obi and Venezuelan Tomas Rincon through injury and were down a man for the final 15 minutes after Acquah was given his marching orders.

Sirigu kept out a Valerio Verre effort in stoppage time as Mazzarri was sent to the stands at his former club after Lorenzo De Silvestri received a blow to the head.

“The referee should have stopped play, so I got angry. Fortunately they didn’t score, otherwise I would’ve been even angrier,” said Mazzarri.