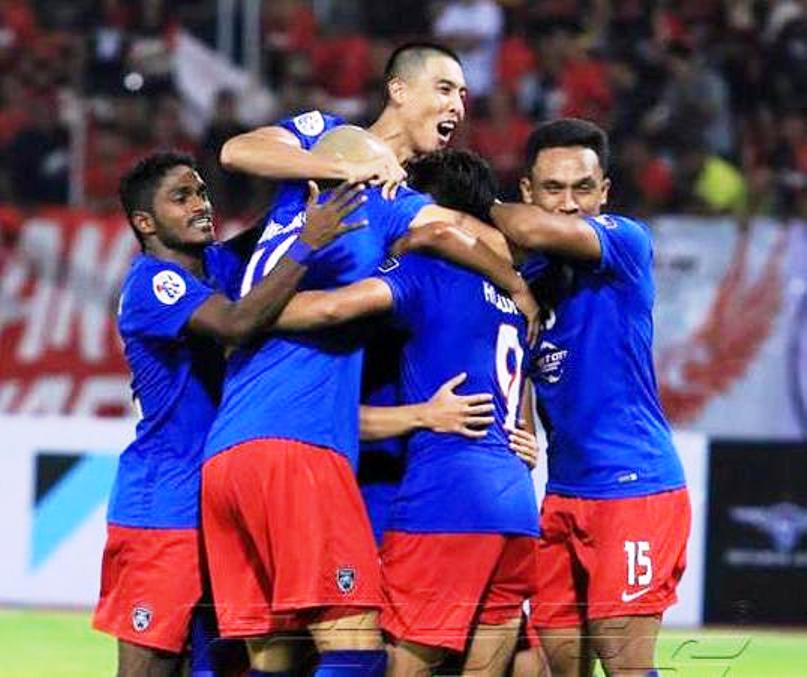 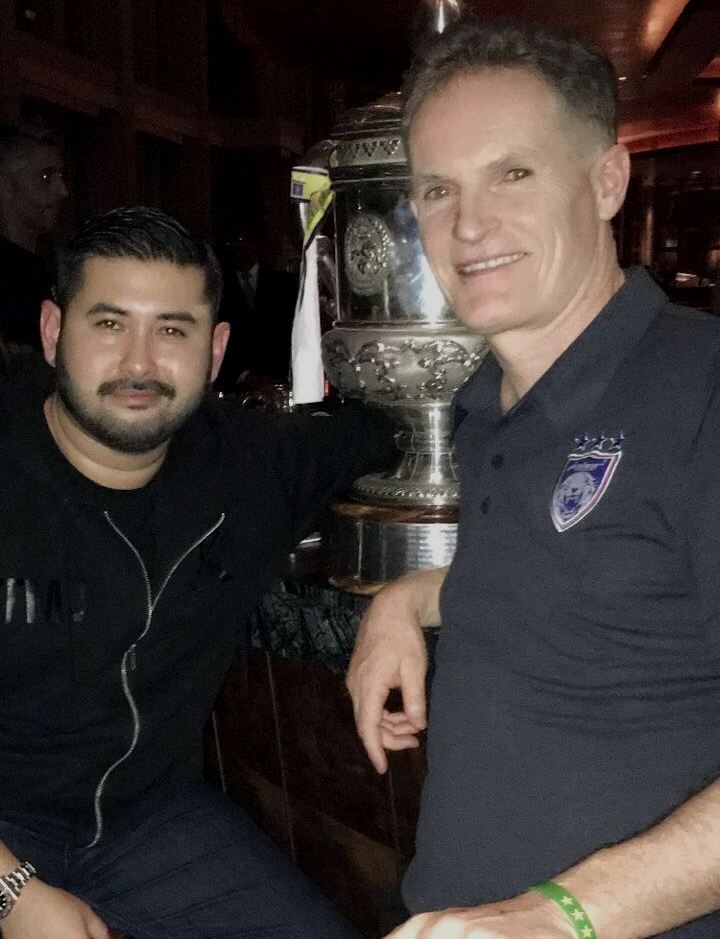 FOOTBALL dreams do come true if you put your heart and soul to longer-term goals.

Malaysia’s football flag continues to be carried high as, for the first time, Johor Darul Ta’zim (JDT) moved into the final playoff round of the 2017 Asian Football Confederation (AFC) Champions League after beating edging Thailand’s Bangkok United 5-4 on penalties at the Thammasat Stadium in Pathum Thani, on Tuesday.

Both teams were tied 1-1 after regulation and extra time, forcing the outcome to be decided by a penalty shootout.

Luck had not favoured JDT as the Johor-based No 1 club had been knocked out of the competition by Thai Premier League (TPL) sides in the past two seasons. Further, Bangkok United’s recent 4-3 win over top Japanese side and 2016 FIFA Club World Cup runners-up Kashima Antlers, in a pre-season friendly, made them the overwhelming favourites.

After a goalless draw during regulation 90 minutes time, the match went into a 30-minute extra time which saw skipper Safiq Rahim give JDT the lead in the 108th minute but Jaycee John Okwunwanne struck the equaliser in the final minute of play to force the shootout.

The equaliser was JDT’s own doing since it was reduced to 10 men when Argentina import Jeronimo Barrales was given the marching orders in the 110th minute.

JDT’s Australian Sporting Director Alistair Edwards praised Tuesday’s victory as an “outstanding morale-booster”, which now takes them to a February 7 confrontation with J-League’s Gamba Osaka at the Suita City Stadium in Osaka, Japan.

He said: “We’ve improved our performances in Asia every year, we missed out at this stage last year on penalties after being deservedly beaten the year before in our first attempt. This result means we are now one game away of qualifying for the coveted ACL competition. 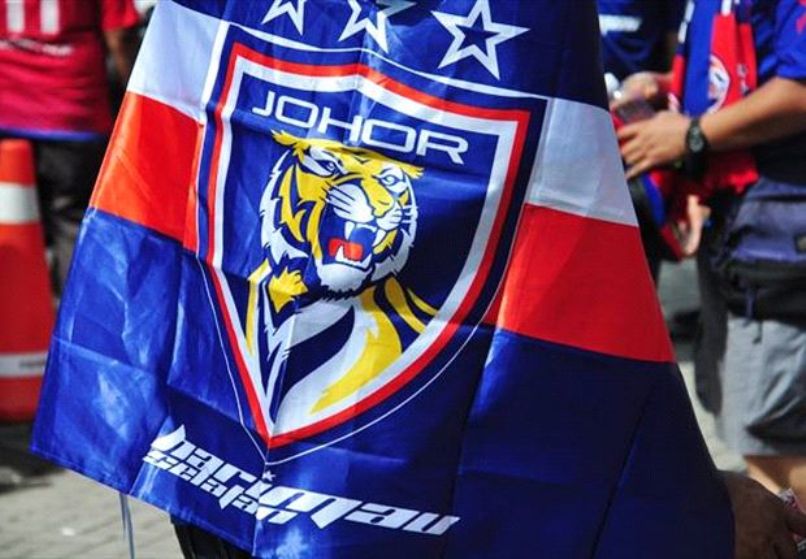 A win against Gamba Osaka will earn JDT a place in Group ‘H’ of the Asian Champions League (ACL) together with Adelaide United from Australia, Jiangsu Suning (China) and Jeju United from South Korea. No Malaysian team has ever reached this iconic level of the ACL.

He saluted the “mammoth progress” JDT has made since HRH Tunku Ismail Ibni Sultan Ibrahim, the 32-year-old football-visionary Crown Prince of Johor (popularly known as ‘TMJ’), took over three years ago with a long-term vision of being a regional football icon.

“The progress we’ve made as a club since TMJ took over has been immense. The ACL has always been the big-picture goal and everything we’ve done and continue to do is geared towards that objective,” he said.

Edwards has an outstanding prince-partner relation with TMJ, which has fueled the tsunami-like football fever at the ‘Southern Tigers. He played for Johor in 1991 when they won the rare “double” of titles. He was a ‘Socceroo’ between 1991-1997, where he scored three goals in 19 ‘A’ internationals, and also represented Australia at the FIFA Under-20 World Cup in Chile, South America in 1987.

So Edwards knows his “bola” well, without going to any unreal sense of overconfidence, and is now pragmatic of the uphill task ahead, facing Gamba Osaka. 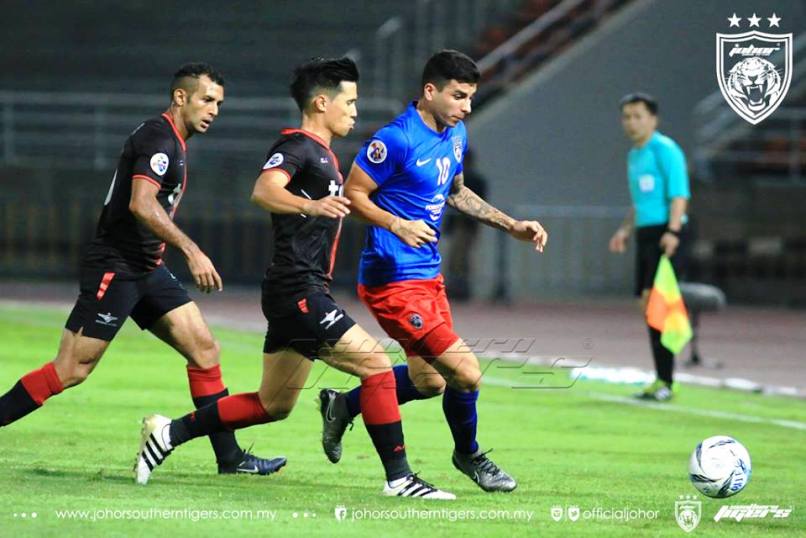 He said: “Japanese football is for me the strongest in Asia and now our focus switches to Gamba, this is the next challenge for us. It’s fantastic for the whole country that JDT will be playing in such a prestigious play-off game.

“So on paper this looks a daunting task for us but we are comfortable with where we’re at and thrilled to be competing at such a high level of football.”

JDT head coach Benjamin Mora, a Mexican, is keeping his fingers crossed:  “It’s a boost for our confidence and our mindset has to be to go to Japan to try and win the match. Winning is everything for us. JDT is a winning team, these players are winners and, of course, I’m a winner, too.

“The most important thing for me is the mindset and the motivation. The players have to know that they are champions, and they are in a team with a culture of winning. So, coming to Thailand before and not having the best results was a wake-up call for them to look at the future. Now, they have done it and they can improve and evolve as a team.”

Indeed, Edwards personifies the rousing JDT spirit and he believes football dreams do come true if you put your heart and soul to longer-term goals.

Some may say it’s like building castles in the air. Something like a pipe-dream. But JDT, in his view, is a fantastical longer-term vision, between prince-partner, to open the mindsets of the Malaysian younger generation to make them believe that they can match the best in the world, if they put their hearts and souls to the football-fantasy with the proverbial blood, sweat and tears.

“I share Tunku’s vision that JDT must aspire to be the Asean version of Real Madrid or Bayern Munich as the club that literally embodies football development,” says Edwards, who in August 2009 was appointed to the position of Australia’s Assistant Technical Director, working alongside Dutchman Han Berger. “Any world-class football club has to be run as a professional football club, full of integrity and professionalism.”

He reiterated that three main goals topped the Prince’s agenda: The target of developing youth, (a) professional attitude in the sport and to, slowly but surely, win titles.

So, keep your fingers crossed that the ‘Southern Tigers’ can reach another dream-come-true level in the crucial match-up against Gamba Osaka, the 2008 ACL champion after defeating Adelaide United in the final, and finished fourth in the 2017 J-League.

Edwards pushes home the big rousing point: The JDT football passion, pursuit and push must inspire every young Malaysian and Singaporean that if you put your hearts and souls, you can achieve anything and everything, especially with powerful football vision management, stamped in Johor by an extraordinary prince-partner companionship.