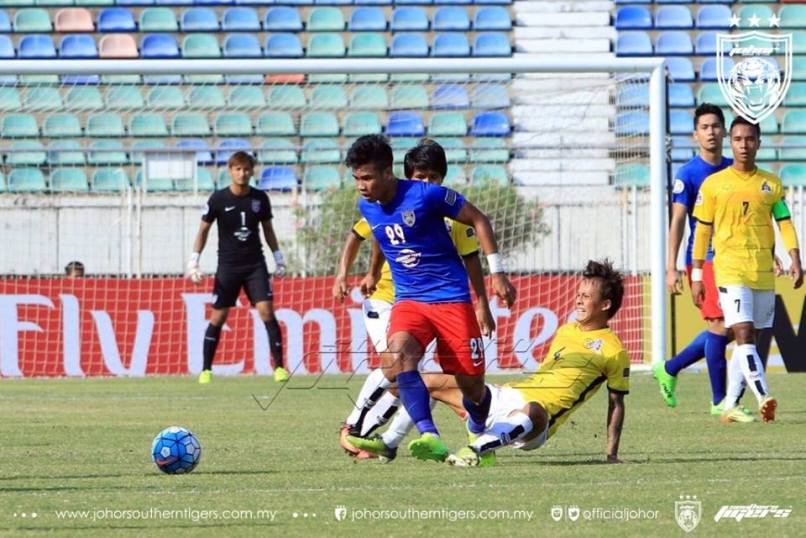 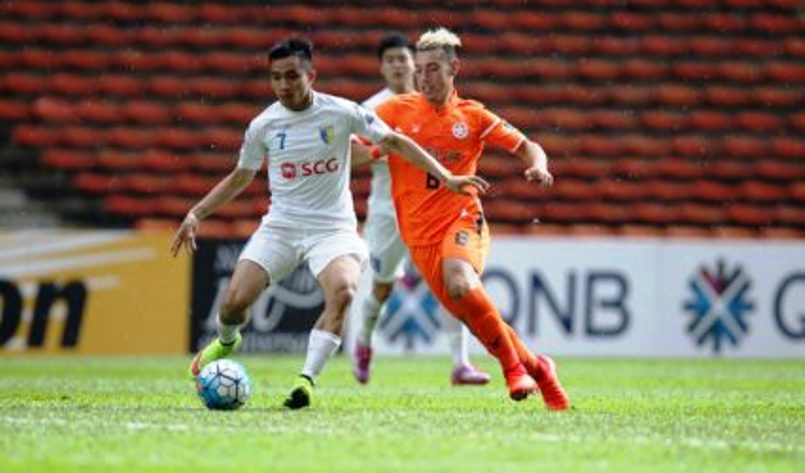 History makers Johor Darul Takzim (JDT) played for 88 minutes with only 10 men but could not hold on to their 27th minute lead and had to share the spoils in a Group F in the AFC Cup competition with a 1-1 draw against Myanmar’s Magwe at the Youth Training Centre in Yangon on Tuesday.

The draw left the Southern Tigers, who created history as the first club from this region to win the second tier Asian title in 2015 with a 1-0 win over FC Istiklol of Tajikistan in the final played in Dushanbe, with four points and second place in the group.

Global of the Philippines are on top following their 2-0 win over Cambodian outfit Beoungket Angkor at the National Olympic Stadium in Phnom Penh – their second in as many matches with six points. Paul Mulders hit a brace in the 5th and 65th minutes.

JDT fullback Hasbullah Awang was given an early shower when he got a direct red card for a vicious challenge on Lwin Kyaw Zin after only 12 minutes of play.

However, the Johor side showed no signs of the numerical disadvantage and instead took the lead in the 27th minute when former Pahang and Selangor player R. Gopinathan put the finishing touches to a low cross from S. Chanthuru – beating Magwe keeper Phyo Kyaw Zin all the way.

Magwe, despite the numerical advantage on the field, failed to ride on JDT’s early sacking but gave their home fans something to cheer with Syalla Sekou netting equaliser in the first minute of added time for their first ever point in the AFC Cup.

Meanwhile AFC Cup debutants Felda United also conceded a late injury time equaliser in the 1-1 draw against Hanoi FC in a Group G match played in the afternoon at the Shah Alam Stadium.

Satianathan’s team was cruising for full points on a soggy pitch due to heavy rain and thunderstorm until Do Hung Dung punished Felda United. The Hung Dung broke the hearts of the 200 home supporters when he curled home from left of the penalty area with the ball hitting the inside of the far post and bounced into the net.

In another Group G match played in Bacolod City home side Ceres Negros crushed Singapore’s Tampines Rovers 5-0 to go to the top of the table with four points. Tampines are second on three points derived from their 2-1 win over Felda at home in their first match.

A brace by Bienvenido Maronon (24th, 64th) paved the big win for the Philippines’ club after Iain Ramsay opened the scoring in the first minute. The other goals were scored by Manuel Ott (38th) and Fernando (72nd).