Home 2022 Jeruto and Feng victorious on good night for Asia 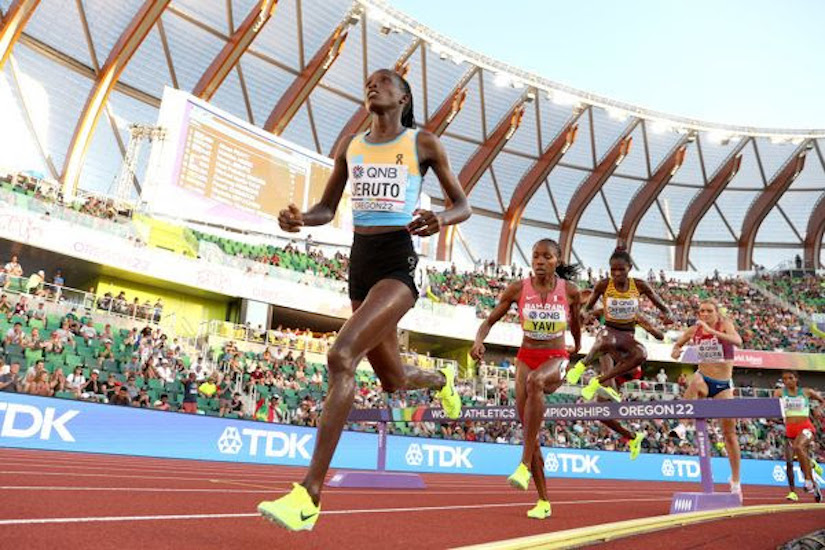 Norah Jeruto cleared the last water jump, surged around the bend and accelerated down the final straight.

No one could catch her. Timing her kick perfectly, Jeruto pulled away from her three challengers and captured gold in the women’s 3000m steeplechase at the World Athletics Championships Oregon22 on Wednesday night (20).

It was a masterclass of controlled running by the 26-year-old Jeruto, who clocked a championship record of 8:53.02, the third-fastest time in history, to claim her first world title on day six of the championships at Eugene’s Hayward Field.

The day’s only other final also produced a first-time champion, but this one was a surprise, as China’s Feng Bin uncorked the throw of her life to upstage the favourites and win the women’s discus title.

Feng’s winning effort of 69.12m – an improvement of more than three metres on her previous best – came on her first throw. Two-time world champion Sandra Perkovic of Croatia took silver with a best throw of 68.45m and Olympic champion Valarie Allman of the US earned bronze with 68.30m.

At a glance: day seven highlights