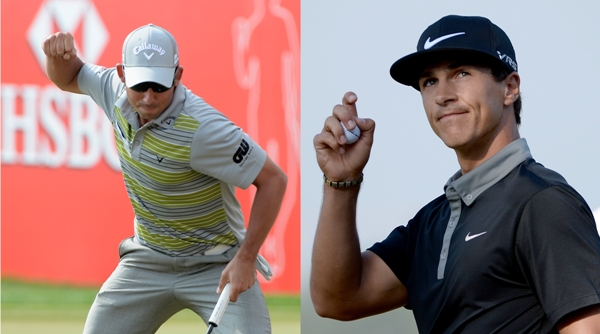 MIGUEL ANGEL JIMÉNEZ has selected Pablo Larrazábal and Thorbjørn Olesen as his two captain’s Picks to complete the European Team for next month’s EurAsia CUP.

The Spaniard and the Dane will join the eight automatic qualifiers as Europe face up to an Asian Team led by Thailand’s Thongchai Jaidee at the Glenmarie Golf and Country Club in Kuala Lumpur from March 27-29.

Larrazábal, who made a winning start to 2014 with victory in the Abu Dhabi HSBC Golf Championship over a high quality field which included Rory McIlroy and Phil Mickelson, was delighted to receive a call-up from his fellow countryman.

“I am very happy to accept Miguel’s invitation,” said the 30-year-old from Barcelona. “It will be a great experience to play for Europe and to try to win the first EurAsia Cup presented by DRB – HICOM.

“I made a great start to the season with the win in Abu Dhabi, but I still had to be picked for the team so I hope to bring my best form to Malaysia and repay Miguel’s faith in me.”

Olesen played alongside Jiménez for the first two rounds of the Dubai Desert Classic three weeks ago and the 24 year old clearly impressed en route to a fifth place finish, having finished in a tie for third spot the previous week at the Qatar Masters.

“I had an idea that Miguel was thinking of picking me because we spoke about it in Dubai, but you never know how these things are going to go until you receive the call so I was obviously delighted when the phone rang,” said Olesen.

“It’s great to know that someone like Miguel thinks I can bring something to his team and I am looking forward to getting out there. Being part of the winning Seve Trophy team last year alongside guys like Miguel and Thomas (Björn) will definitely help me.”

“I am delighted that both Pablo and Thorbjørn have accepted the chance to join the team,” said Jiménez. “They are both extremely talented players and they will definitely bring excitement and flair to the match.

“Now that my team is complete I am very happy. I have a very strong group of players and a very good mix of youth and experience. It will be very tough to go to Malaysia and win because the Asian team is also very strong, but I believe if my players play to their abilities then Europe can triumph.”