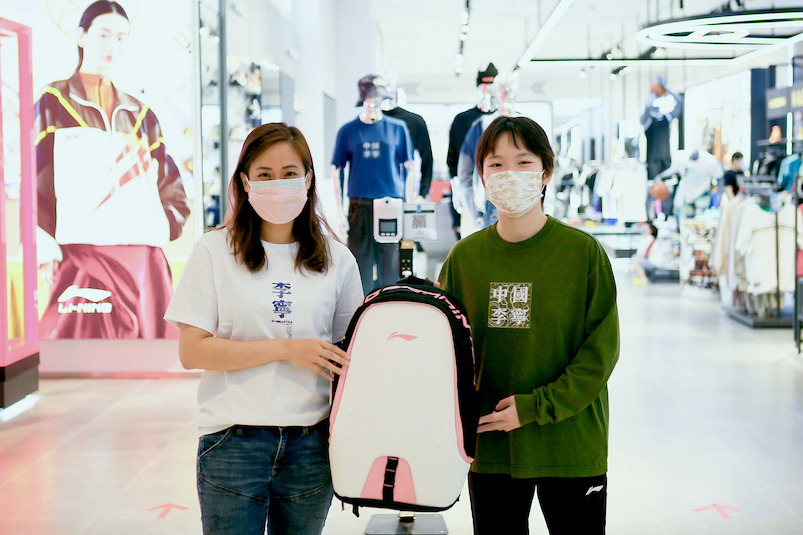 Goh Jin Wei, a two-time World Junior Badminton champion and a gold medallist in women’s singles at the 2018 Summer Youth Olympics, joined Li-Ning’s team to start a new journey as a professional player.

Leaving the Malaysian national team to become a professional badminton player, 22-year-old Jin Wei has the same passion for badminton as before, signing a two-year contract with the Sunlight Sports Group, the sole distributor of Li-Ning in South East Asia.

Returning as a professional badminton player, the first event Jn Wei registered for will be the Swiss Open to be held from 22 to 27 March, hoping to realize her plan for the next two years and strive to qualify for the 2024 Paris Olympics.

Due to her early physical condition, Jin Wei must supervise her health status delicately.

She is grateful to the current coach Nova for her guidance and company, and will try her best to do her best!

“As athletes, we’re also trained to focus more on goals and achievements. Whether it’s mentally or on the court, it’s important.”

Regarding choosing Li-Ning, she said: “The quality of the equipment and design is definitely tip top. Thank you Li-Ning for giving me the opportunity to continue to strive for more glory for the country as a professional player.”

According to Li-Ning Malaysia representative, Teah Yann Ling, the decision to sign Jin Wei is made to help more professional badminton players to continue to pursue their dreams on courts.

Besides, Jin Wei’s wish is to carry forward badminton, so she chose to start a Youtube channel, whereby she uses another way to promote the local badminton circle in an interesting and entertaining way, so that more badminton enthusiasts have the opportunity to learn more and more comprehensively badminton skills.

She believes that the video mode allows the public to see different sides of the players off the court, and at the same time, they can also get in touch with her from a closer and different perspective.