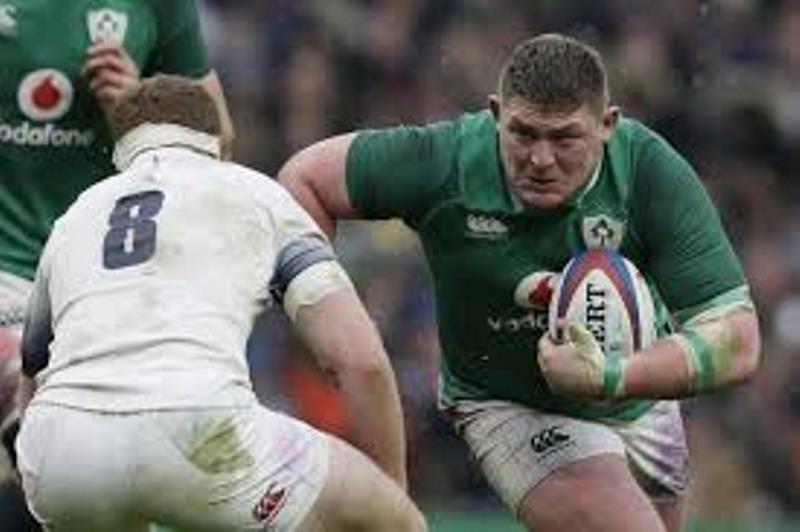 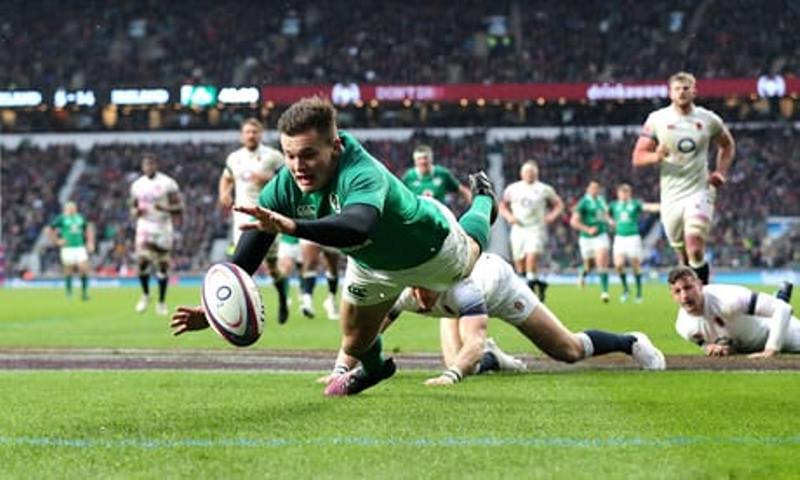 Eddie Jones said England’s losing streak was a necessary part of their development ahead of the World Cup after a third straight defeat saw Ireland clich a Grand Slam at Twickenham on Saturday.

Already assured of the Six Nations title, Ireland stormed to just their third Championship clean sweep of all time with a 24-15 victory.

Ireland kicked off having both deposed England as Six Nations champions and in second place in the global rankings behind world champions New Zealand.

England, the Six Nations kings in both 2016 and 2017, could have regained second spot with a victory but instead suffered a third succesive defeat following away losses to Scotland and France as they were beaten at Twickenham for the first time under Australian coach Jones.

And with Wales edging France 14-13 later Saturday, it meant England ended the Championship in a lowly fifth place — their worst finish since they came bottom of the old Five Nations in 1983.

Following last week’s 22-16 loss to France in Paris, Jones made seven changes in personnel — the most radical shake-up of his reign as England coach.

But they couldn’t stop the losing streak.

Jones, who has made no secret of wanting to win next year’s World Cup with England, said it was better the setbacks happened now than at Japan 2019.

“It is, unfortunately, something that you have to have because you never find out about yourself unless you have these runs,” he told reporters.

“Every team I have had that has been a champion team has had these runs which have been instrumental in how you re-make a team,” added Jones, Australia’s coach when they lost the 2003 World Cup final to England.

The former Wallaby and Japan boss was appointed to his current post after tournament hosts England suffered the embarrassment of a first-round exit at the 2015 World Cup.

England then set off on a winning run that only ended when Ireland denied them a Grand Slam in Dublin last year.

Until last month, that was the only blot on Jones’s England record, which now stands at 24 wins from 27 Tests with three defeats.

“When you take over it is reasonably easy, like I did with England, it is quite easy to improve them quickly because you get fix certain things that need fixing quickly,” he said.

“But internal mechanisms take time to fix and that is the slow burner. Unless you fix them they catch up with you when you get to the big tournaments such as the World Cup.

“So for us it has been an enormously beneficial tournament if disappointing because we are finding out about how to be a better team.”

Three converted tries from Garry Ringrose, CJ Stander and Jacob Stockdale put Ireland 21-5 up at the break and on the verge of a St Patrick’s Day triumph.

Ireland scrum-half Conor Murray added a penalty and while England’s Elliot Daly scored an unconverted try in each half, with fellow wing Jonny May crossed in stoppage time, the visitors never looked like losing their grip  in front of a capacity Twickenham crowd of more than 82,000.

England were without injured powerhouse No 8 Billy Vunipola for the entire Six Nations and fellow back-row forwards Nathan Hughes, Courtney Lawes, Sam Underhill and Tom Curry were missing from the Ireland match.

“We’re playing without five top back-rowers and other injuries,” said Jones. “We have to get a greater depth to our squad that can play Test rugby.”

Jones praised Ireland by saying: “They played exceptionally well and we just weren’t good enough. They play to their strengths, with good resolve and are an excellent team.” – Agence France-Presse