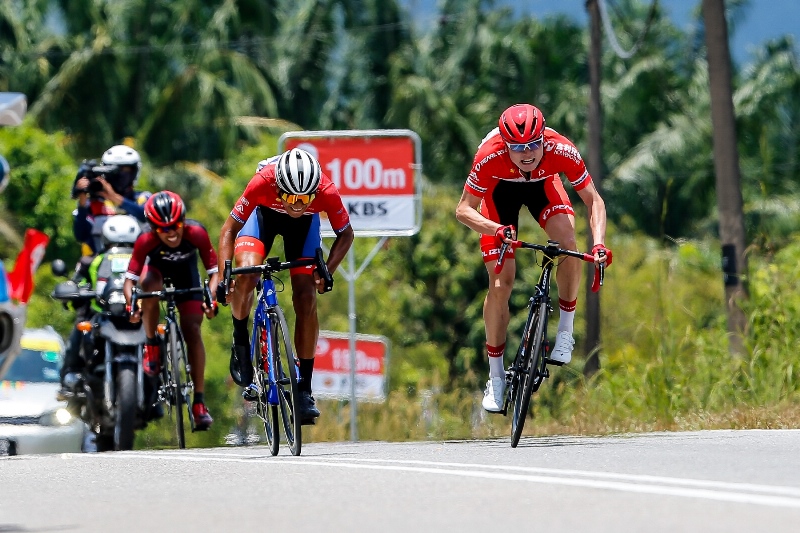 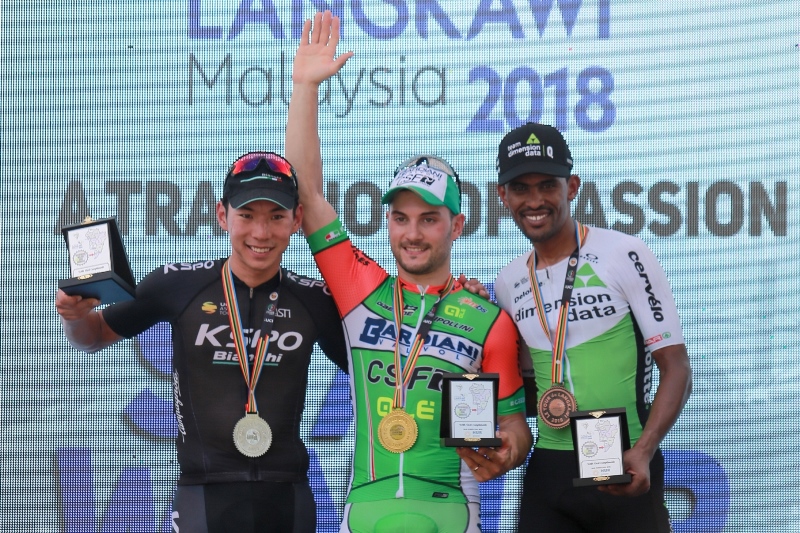 The 28-year old Italian finished the 147km stage from Kangar to Kulim by extending his record to 23 stage wins in this race.

The Bardiani-CSF rider, who exploded onto the professional scene with five stage wins in his debut in 2011, attributed the victory to the right strategy deployed by his team.

According to Guardini, his team had made the right choice in bringing him to front to place him in a comfortable position to dominate the final sprint to finish ahead of KSPO’s Seo Joonyong and Dimension Data’s Mekseb Debesay in a stage that ended in 3 hours, 29 minutes and 04 seconds.

“The team did a good job of bringing me to the front to be in a good position in the last 500 metres, thus I managed to enter the final sprint in a perfect position. I am so happy to have started well in this LTdL,” said Guardini.

“This win also shows that I have improved my performance, because this time there are more established sprinters in the race compared to when I first came here in 2011,” he added, speaking at the post-race press conference today.

This comes as a sweet end to Guardini’s victory drought, having come close but still only managing a second place finish in the Abu Dhabi Tour last month.

Yet Guardini isn’t about to look to far ahead, including suggestions of further extensions to his monumental stage win record in this race, his focus firmly on a cautious approach to Stage 2 from Gerik to Kota Baru tomorrow. which includes a tricky climb across the Titiwangsa Range.

“I still remember this stage in 2016, when I was dropped quite far behind and failed to challenge at the finish,” said Guardini, reminiscing how Orica-GreenEdge’s young sensation Caleb Ewan bagged victory in the stage that year.

That opening stage win also put Guardini in the yellow jersey as the overall leader of the race entering tomorrow’s stage, while he also leads the points classification with 19 points, seven ahead of Joonyong and nine ahead of third placed Wang Bo of Hengxiang Cycling Team.

Wang, who was in a breakaway of three riders that escaped the clutches of the peloton early in the stage, also led at the only categorised climb (KOM 4) in Bukit Selambau to take the polka dot jersey with 4 points.

Joonyong meanwhile, is the early leader in the Asian riders’ classification.

In the stage that was flagged off at 11am today in Kangar,

Wang, Nik Mohd Azwan Zulkifle (Forca Amskins) and Abdulrohman Muhammad (KFC) launched their attack shortly after that and shared the top three points between themselves at the flowing intermediate sprints in Alor Star and Guar Chempedak, as well as the category 4 climb in Bukit Selambau, before being caught by the peloton.

The stage includes a category 3 climb in Gerik and a category 1 climb at the Titiwangsa summit, before three intermediate sprints await the peloton en route to the finish in Kota Baru.