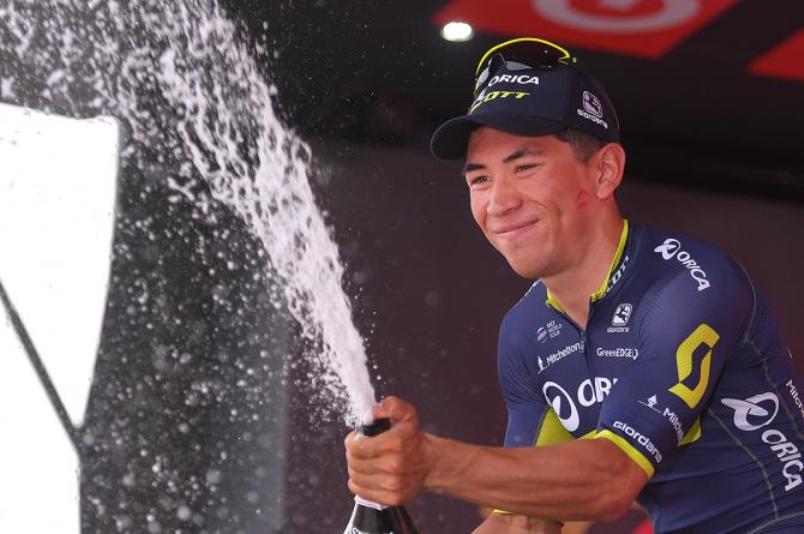 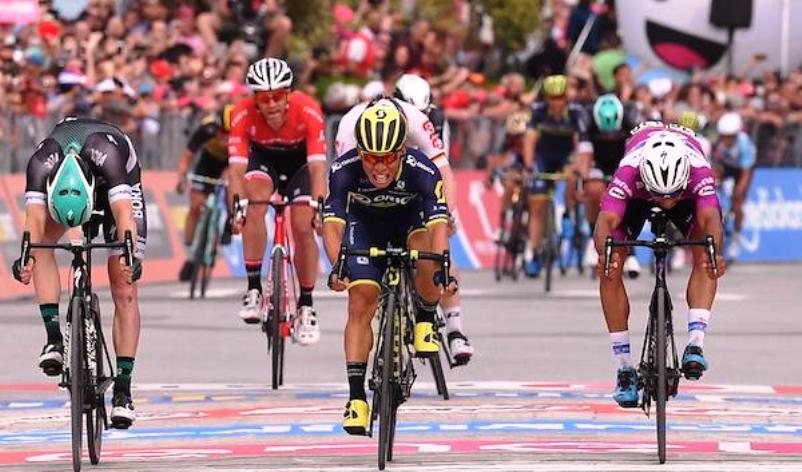 Ewan, who won a stage at the Vuelta a Espana two years ago, came agonisingly close to opening his Giro account for the Orica team at the start of the 100th edition.

But on the opening day he was among the sprinters outfoxed by Austrian Lukas Postlberger’s audacious late attack and a day later the Sydney native’s left foot dislodged from his cleat as he readied to challenge Andre Greipel in a fast and furious finale won by the German sprint giant.

Pressure was growing on the 22-year-old’s shoulders but the ‘Pocket Rocket’ delivered in style, expertly negotiating a technical finish to power his way to the slimmest of victories on the uphill finish line.

Colombian Fernando Gaviria, the winner of two stages on his Giro debut with the Quick Step team, finished a close second with Ireland’s Sam Bennett (Bora) in third.

“As every sprint went by that I didn’t win, the pressure was building because I came here with a lot of expectations,” said Ewan, whose biggest victory to date was the Hamburg Cyclassics one-day race last year, which he won after Frenchman Nacer Bouhanni was disqualified.

“But there’s no better way to thank your teammates than to take the victory. It’s my second Grand Tour stage now. With the sprint field here, it’s probably one of my biggest victories after Hamburg.

“This win probably brought me the most joy.”

Gaviria’s finishing drive to the line was impressive, but it came a fraction too late and he said: “I made a mistake at the end, but I think Ewan deserved the win. I just didn’t have the legs to catch him.”

Lotto sprinter Greipel finished fourth, with Jungels among a peloton that arrived seconds later following a largely flat 217km ride from Castrovillari that saw a two-man breakaway end with 18km to race.

Until then, it had been uneventful. Jungels was nonplussed, but knows it will be a different affair on Sunday’s ninth stage and the second summit finish of the race at Blockhaus.

“We didn’t exactly stop for a coffee, but it might have been more boring for you guys (media) than for us,” said Jungels, who remains six seconds ahead of Welshman Geraint Thomas (Sky), and 10 ahead of Italy’s defending champion Vincenzo Nibali (Bahrain) and Colombian race favourite Nairo Quintana (Movistar).

“Actually for me it’s been a really good day. Of course I don’t want to lose time, or lose the jersey, but you shouldn’t think too much about things you cannot change.”

There’s a hungry chasing pack behind the Luxemburger, who expects Thomas and other rivals to try and loosen his grip on Sunday’s 149km stage, which concludes after a 13.6km climb featuring sections with steep gradients of 14 percent.

“Geraint Thomas is sitting only six seconds behind me, so of course if there’s a split in the peloton then I can lose the jersey,” said Jungels when asked if he felt under pressure from Sky in recent days.

“Their goal is the same as ours, to stay in the front and not lose any time. But it doesn’t make sense now for them to attack… they should probably wait until Blockhaus.”

The eighth stage on Saturday is an undulating 189km ride from Molfetta to Peschici that favours sprinters with uphill finishing abilities.

Results from the seventh stage of the Giro d’Italia, held over 217 km between Castrovillari and Alberobello on Friday: