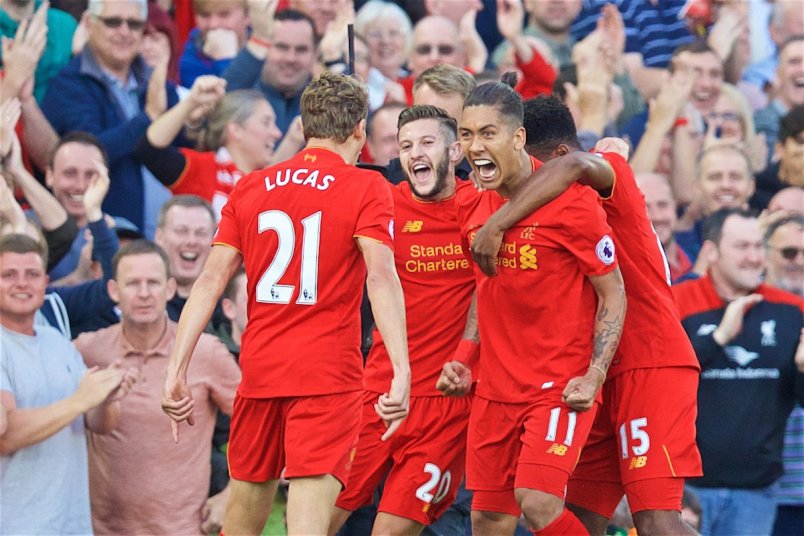 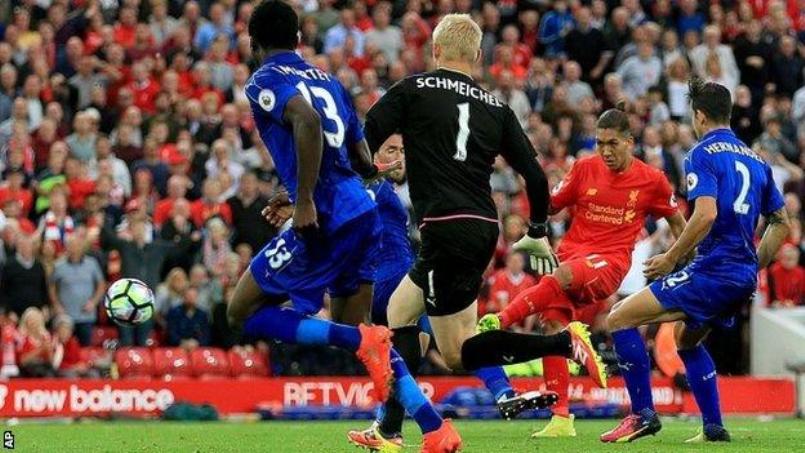 Manager Jurgen Klopp urged Liverpool supporters not to sing his name after an impressive 4-1 victory over defending Premier League champions Leicester marked the opening of a new-look Anfield in impressive fashion.

The extrovert German was seen remonstrating with home fans at one point in the second half of Saturday’s match as they chanted his name in appreciation of a memorable inauguration of a new main stand which has raised the capacity at Anfield to 55,000.

“I don’t like to celebrate like something special has just happened — that is what I expect from us and we have to show it. We will see how often we can show it.

“That’s what we have to do this season, create an atmosphere, but please don’t sing my name before the game is decided! Immediately the Kop started singing ‘Jurgen Klopp’, it’s like celebrating a penalty before it is scored. I don’t play!

“If somebody likes me, that’s nice — I like them all. It’s nice, but it’s not necessary.

“I know it doesn’t seem too smart but that’s me. It’s very nice, but I’ve heard it often enough.”

Goals from Roberto Firmino and Sadio Mane put Liverpool 2-0 ahead only for dreadful play by emergency centre-half Lucas to gift Jamie Vardy a goal for the visitors.

Robert Huth might have equalised but headed against the crossbar and, after the interval, Adam Lallana made it 3-1 before a late slip by Kasper Schmeichel presented Firmino with his second, and Liverpool’s fourth goal.

It was a performance which Klopp clearly believed answered some of the early season criticism of his team and his transfer window dealings.

“We’ve had two weeks now and I hear a little bit of doubt in your questions,” said Klopp. “You don’t say it, but I can hear it, even when I’m not a native speaker — ‘Are you sure?’

He added: “It’s our job to prove we’re as strong as I think we are. Today we showed it in a few moments but I hope we can do better.”

For Liverpool supporters, the victory was especially important given the sense of occasion regarding the opening of the new stand.

Numerous Liverpool greats were introduced to supporters before the game and the current side responded in style.

Klopp revealed he had brought his players to the redeveloped stadium on Thursday for a training session to help them acclimatise to their new surroundings.

“It’s a really exciting moment,” he said. “We were here Thursday night for training. It made sense to show the new stand to the boys a little bit earlier because it’s really so different, so big, so nice, everything.”

Leicester only lost once last season after being beaten in the corresponding fixture on Boxing Day (December 26) but have now been defeated in two of their four opening league games.

To add to Claudio Ranieri’s problems ahead of Wednesday’s Champions League group game with Club Brugge, defender Danny Simpson was taken off injured in the first half.

Ranieri attempted to remain positive, however, after another disappointing outing.

“We were waiting for this kind of football,” he said. “The first match at home, a new stand and I think we started normally but after the first goal we lost our composure and they played so, so well.

“We could have equalised but I’m an honest man, Liverpool deserved to win,” the Italian added.

“We have to clean our minds. Fortunately, we play every three days now; there is a new adventure in the Champions League and we have to recharge the battery, look how Liverpool won — with great spirit — and restore our way.

“Of course playing in Europe will help. One of our strengths last season was, when we lost a match, we had a very good reaction. I’m waiting for a good reaction against Brugge.” – Agence France-Presse