Home Football Juve, Napoli back to basics after dream dates in Europe 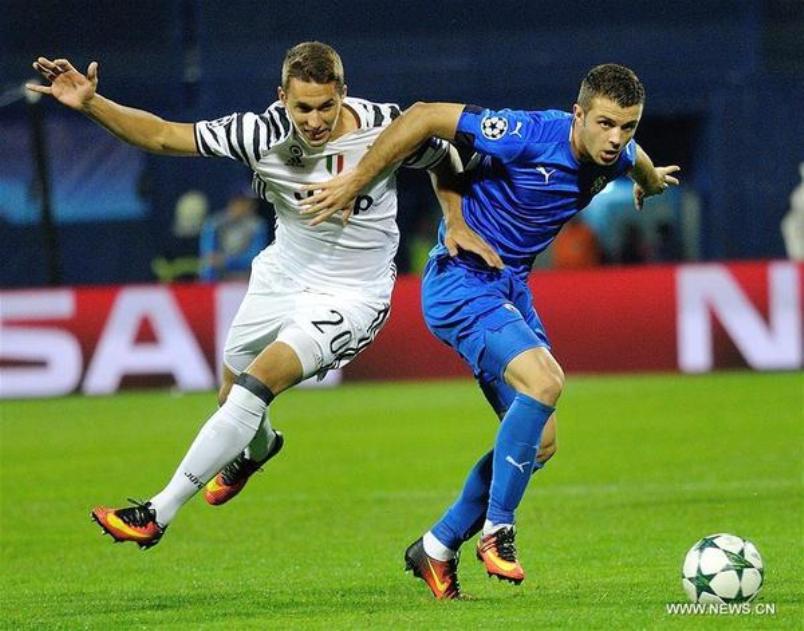 Juventus and Napoli get back to Serie A basics after impressive Champions League wins while Inter Milan’s league-leading scorer Mauro Icardi looks to add to his tally away to Roma on Sunday.

Champions Juventus, favourites for a record sixth consecutive ‘scudetto’, can feel confident of maintaining their one-point lead on Napoli at Empoli.

Having limped to a scoreless draw at home to Sevilla, Massimiliano Allegri’s men put four goals past Dinamo Zagreb in a 4-0 Champions League win on Wednesday that left them top of Group H.

Although veteran Empoli striker Massimo Maccarone has recovered from a sore back, the Tuscan minnows’ usually formidable home form could be hit by a rash of late injuries to their defence.

Yet the smaller sides in Serie A often find an extra gear against the Turin giants and Allegri — who saw Miralem Pjanic, Gonzalo Higuain, Paulo Dybala and Dani Alves hit the net in the Croatian capital — remains cautious.

“When you have to win, it’s never easy,” Allegri said after Tuesday’s game in Zagreb.

“The lads did great, but we have to maintain our concentration and hunger for Empoli.”

Despite Juve signing Higuain from Napoli on a 90m euro deal earlier this summer, the southerners are not suffering from his absence.

Indeed, some believe his departure has liberated Napoli from Higuain’s obsession of breaking Gunnar Nordahl’s 66-year-old record of 35 goals in a single season.

Higuain succeeded with a new tally of 36, but when asked how Napoli had adapted to life without him, former teammate Dries Mertens said Wednesday: “We’re playing more as a team.”

Mertens hit a brace as Napoli swept Benfica aside 4-2 at the San Paolo to underline their last 16 credentials but, like Allegri, coach Maurizio Sarri won’t let complacency creep in.

Napoli face Atalanta in Bergamo on Sunday, and Sarri said: “We secured a great win against a top European side (Benfica), but we have to curb our enthusiasm.

“The reality is we now face Atalanta in Bergamo. We risk letting our concentration slip, but hopefully this team is mature enough not to let that happen.”

Sarri, who will be without Raul Albiol after the Spanish centre-back suffered a thigh strain on Wednesday, will be mindful of Napoli’s 3-0 defeat to Atalanta in February 2014 when former coach Rafael Benitez was at the helm.

Against Benfica, Sarri replaced Albiol with Nikola Maksimovic and the new Serbian signing is expected to make his full debut on Sunday.

Upsets for either Juve or Napoli would be welcomed by Inter, who face Roma looking to shake off the weight of a morale-crushing 3-1 defeat to Sparta Prague in the Europa League.

Icardi, with six goals in as many league games, was rested by Inter coach Frank De Boer for most of the fixture in the Czech capital, where Rodrigo Palacio’s late strike was scant consolation for a poor Inter display.

“By the time we’d decided to start playing in the first half, we were already two goals down,” Inter midfielder Felipe Melo told Sky Sport.

“But now is not the time to talk. We have to pull ourselves together quickly, because up next is Roma.”

Roma, sitting fourth at five points behind Juve, are only one point behind Inter but looking to make amends for a poor display in a 3-1 defeat at Torino last week, where Totti hit his 250th Serie A goal, from the penalty spot.

“The crowd isn’t happy with our game and results at the moment,” Roma coach Luciano Spalletti admitted before their 4-0 Europa League win over Astra on Thursday.