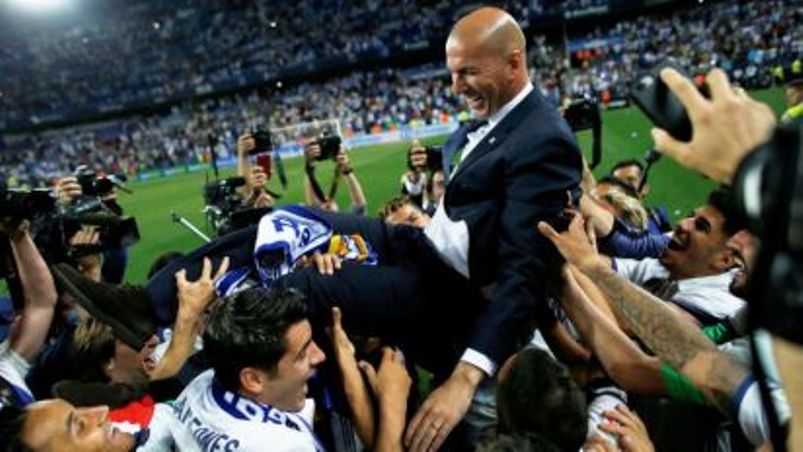 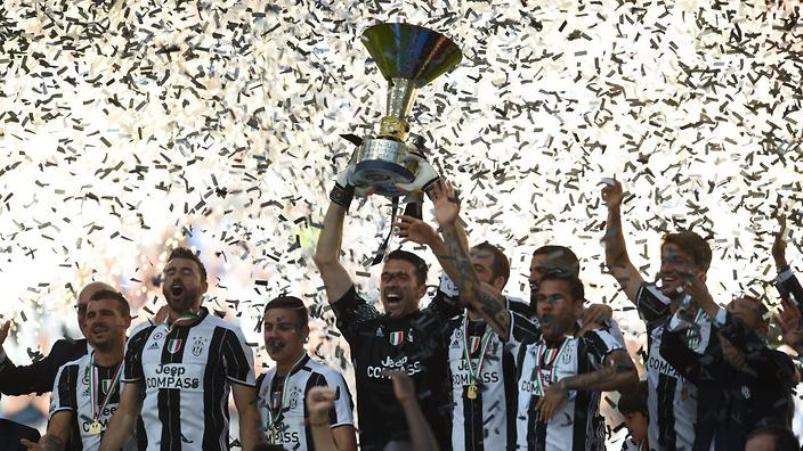 Even for a man and a club synonymous with European Cup glory, Zinedine Zidane and Real Madrid stand on the brink of history in Saturday’s Champions League final against Juventus in Cardiff.

Since the European Cup was rebranded and expanded into the Champions League in 1992, no team has been capable of defending the trophy.

However, just 18 months into his first senior managerial role, Zidane is one match away from joining a stellar cast as just the 20th coach to win the competition twice.

Moreover, a 12th European crown for Madrid would reaffirm their status as self-proclaimed kings of Europe with a third Champions League in four seasons.

“I am the coach which means I am doing something right, but everyone in this squad is doing a phenomenal job,” said Zidane after Real withstood an Atletico Madrid onslaught in the semi-finals.

Zidane has had a hand in all of Real’s last four trips to the final.

He famously scored one of the greatest ever Champions League final goals to win the game against Bayer Leverkusen back in his playing days in 2002 and was part of Carlo Ancelotti’s coaching staff that ended a 12-year wait for Madrid’s 10th European Cup in 2014.

Zidane went one step further by joining Ancelotti as one of just seven men to win the competition as both player and coach when Real squeezed out local rivals Atletico on penalties in Milan in last year’s final.

Yet, it is Real’s run back to European football’s showpiece occasion this season which has been his most impressive feat in his first full season in charge.

While Madrid rode the luck of the draw and from the spot last season, Zidane’s men have overcome Napoli’s flair, the might of Bayern Munich and Atletico’s intensity for the right to be in Cardiff.

What is more, they have done all that whilst ending Barcelona’s domestic dominance by winning La Liga for the first time in five years and lifting the European Super Cup and Club World Cup earlier in the season.

“It is the happiest day of my professional life by a distance,” Zidane, a World Cup winner with France in 1998, surprisingly said after winning the league title last weekend.

Even by Real’s standards, victory in the Welsh capital will seal the single most successful season in the club’s history.

That Juventus provide the final hurdle adds extra intrigue as it is from the Italian giants that Madrid plucked Zidane for a then world record fee in 2001.

The fact the Frenchman spent the prime decade of his career at two of the biggest clubs in the world with two very different philosophies on how to win has undoubtedly shaped his managerial style.

Despite being one of Real president Florentino Perez’s original “galactico” signings, Zidane hasn’t been afraid to bring more defensive balance to his Madrid side by rewarding the hard work of the likes of Casemiro and Lucas Vazquez over glamorous big money buys like James Rodriguez.

However, his experience as one of the greatest players of his generation has given him a huge advantage over his predecessors at the Bernabeu with the respect he commands from an ego-filled dressing room.

Compared to Madrid’s 11 European Cups, Juventus’ two is a meagre return for a club of their stature.

That record has come about by losing a record six finals, including their last four.

Zidane knows better than most the pain of Juve’s previous failures having played in the losing sides in 1997 and against Madrid in 1998. However, he plans on prolonging that misery for Italy’s Old Lady.

“For sure it is special because it was a very important club for me as a player. It is a club that also gave me everything,” Zidane said after booking Madrid’s place in the final.

“Now, though, I am with Real Madrid, the club of my life and it will be a great final.” – Agence France-Presse