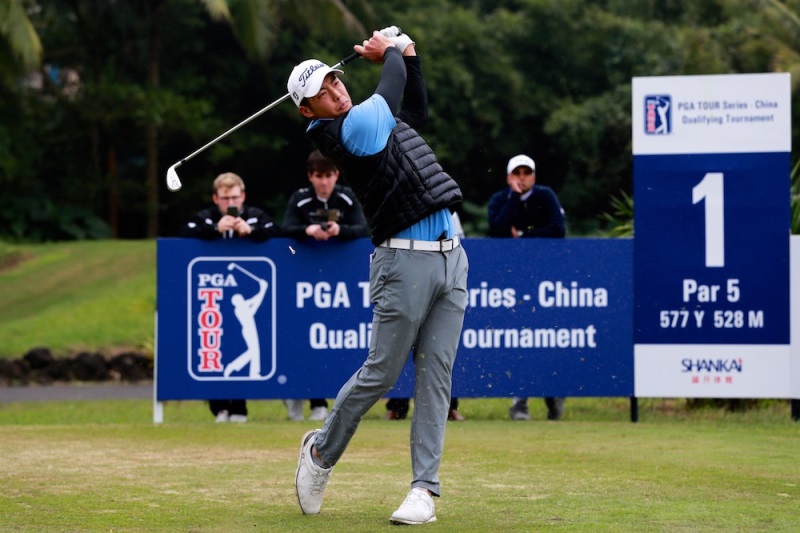 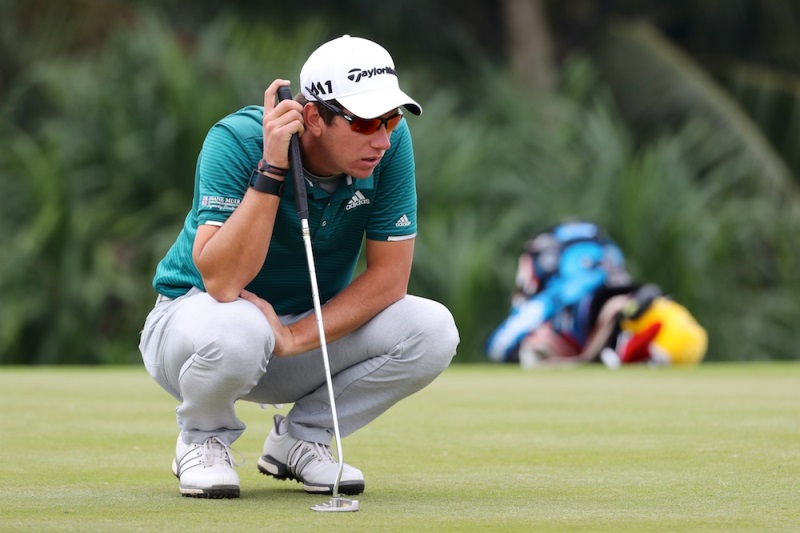 American Jeffrey Kang shot eight birdies in a 6-under 66 Sunday to secure a one-stroke victory over Australia’s Lucas Herbert at the PGA TOUR Series-China International Qualifying Tournament No. 1, the first of two successive 72-hole qualifiers at Mission Hills Haikou.

Kang, who started the day one shot behind Sweden’s Oskar Arvidsson, finished with a 13-under total of 275 over the 7,147-yard Sandbelt Trails Course, followed by playing partner Herbert (67) and another Australian, Kevin Yuan (66), in third place, at 11-under.

Four Australians earned full membership for 2018, with DJ Loypur (73) eighth, on 3-under, and Andrew Schonewille (76) booking the 15th and final full card by winning a three-way playoff with compatriot Corey Hale and Singapore’s Joshua Shou after the trio finished 1-over during cool, sometimes windy conditions.

The next 25 finishers, which included players from Singapore, Thailand and Chinese Taipei, are conditionally exempt for this year’s PGA TOUR Series-China, which will reward the top-five money winners with status on the Web.com Tour, the path to the PGA TOUR.

Kang, 26, was delighted to win the tournament after playing for the second day with Herbert, who set the early pace Sunday, and Arvidsson, who led or shared the lead after the first three rounds.

“I feel great. I haven’t won in a long time, so this is definitely a good start to 2018. It was pretty back and forth between me and Lucas. I made a mistake on No. 9, but came back and it was definitely fun,” said Kang, who played on the Mackenzie Tour – PGA TOUR Canada in 2016 and around Asia last year.

Herbert, 22, came into the tournament in good form, having finished eighth on the 2017 PGA TOUR of Australasia Order of Merit and then earned a place at The 147th Open Championship at Carnoustie through a tie for eighth at last month’s SMBC Singapore Open.

“I felt really good out there. It was good to get off to a really hot start and take advantage of that front nine downwind, and it was pretty ‘cruisy’ on the back, wasn’t too much stress, so it was a nice day out there,” Herbert said.

“I think at hole 6 or 7 I sort of said to [Kang], ‘I’m not letting you win this one easy’ so there were good competitive juices for the day. It’s pretty easy to get complacent and just play for second or just play for top 15 when you’re a long way in front of the number.”

Toomey, formerly New Zealand’s top amateur, made one of the most remarkable turnarounds of the week, having been 8-over overall after 11 holes of the second round after playing the first two days with Herbert.

“I’m pretty relieved and also ecstatic just to be back in form again. Starting off after a win last week, I almost kind of slacked off and maybe fell into the trap of playing with Lucas, one of my good friends. Then I realized I was 8-over and had a bit of a chat with myself and got my head back in the game and now here I am,” said Toomey, who finished third at the 2016 Asia-Pacific Amateur Championship.

“I’m now in my second year as a pro, and what better way to start than having full status on this Tour and a direct pathway to the PGA TOUR. It’s been a dream of mine since I was a kid, and I feel like the wheels are in motion now and I’m really excited about the year ahead.”

This week’s 120-player field featured players from 16 countries and territories across Asia, Australasia, Europe and North America, with the largest contingents from the U.S. (34) and South Korea (29).

After a one-year hiatus, PGA TOUR Series-China resumes in March with a 14-tournament schedule, with each tournament offering RMB 1.5 million, a 25-percent increase over purse levels from 2016. The Mainland China Qualifying Tournament for China passport holders will be held at Wolong Lake Golf Club in Liuzhou City in Guangxi from February 27-March 2 (Tuesday-Friday).