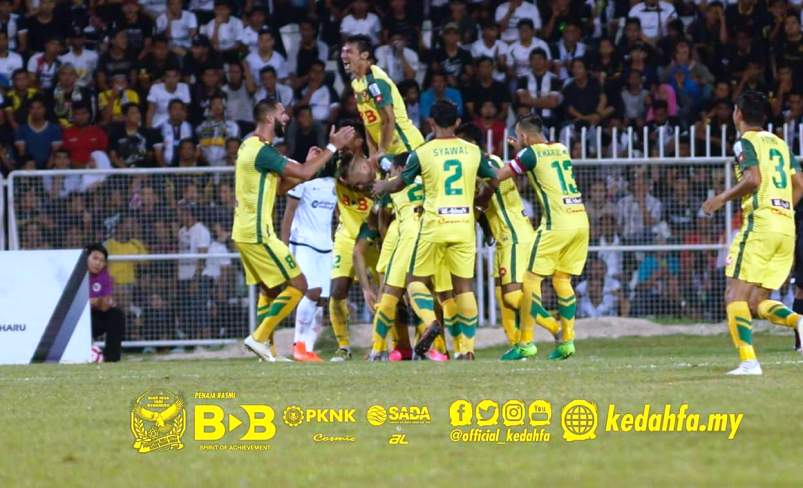 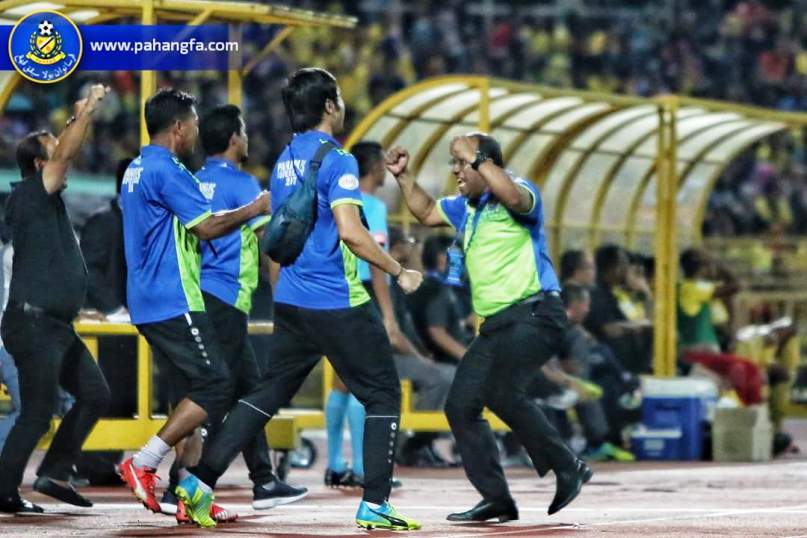 By Rizal Abdullah
It was nightmare for Terengganu at the Sultan Ismail Nasiruddin Shah Stadium in Kuala Terengganu as Kedah rode on their foreign power for a 3-0 win in the return-leg FA Cup semi-final on Saturday night to advance to the May 20 final on a 4-0 aggregate.
Over at Tuanku Abdul Rahman Stadium in Paroi it was heartbreak for Negri Sembilan who once again paid a heavy price for their poor finishing despite having an upper hand in the proceedings and fell to a 2-1 defeat to Pahang in the second-leg. Pahang advanced 3-1 on aggregate.
Kedah, who struggled to a 1-0 in the first-leg in Alor Setar, gave a dominating performance against the Turtles who were expected to give Kedah a run for their money but instead Irfan Bakti’s team crumbled against the hungry Red Eagles.
The match was only five minutes old when Kedah opened scoring through their Kosovo midfielder Liridon Krasniqi whose blast sent the Terengganu net dancing past a stunned Amierul Hakim Awang. Krasniqi missed the first-leg through suspension.
That was all Kedah needed to put themselves in the driving seat and the pressure was on the Turtles.
Denmark hitman Ken Ilso made it 2-0 in the 29th minute to take Kedah 2-0 on the night and 3-0 on aggregate before Brazilian midfielder Sandro da Silva Mendoca completed the rout with his team’s third after 58 minutes for a convincing win as their fans celebrated in the stands.
In Paroi the Elephants were 1-0 up after six minutes with Korean defender moving up to plant a power packed header from a Syamim Yahya freekick. Conceding an early away goal was a big setback for the homesters who also paid a big price for their poor finishing.
Negri were the better team on the night at Paroi but their woeful finishing from the chances they created eroded their confidence as the minutes ticked by.
Even when Suzuki Bruno made it 1-1 for Negri when he was on target from a Lee Tuck cross it was an uphill task for Negri as Pahang used their experience to full advantage.
International Christie Jayaseelan whipped in an injury time left footed volley deep into added time for a 2-1 win and place in the final on a 3-1 aggregate.
RESULTS
FA CUP SEMI-FINALS (Return-leg, May 13)
Terengganu     0          Kedah     3
(Kedah advance 4-0 on aggregate)
N. Sembilan    1           Pahang    2
)Pahang advance 3-1 on aggregate)