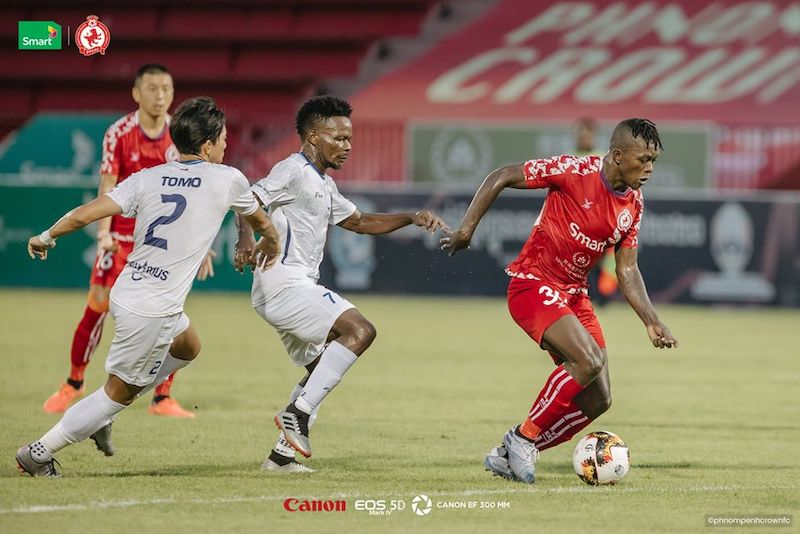 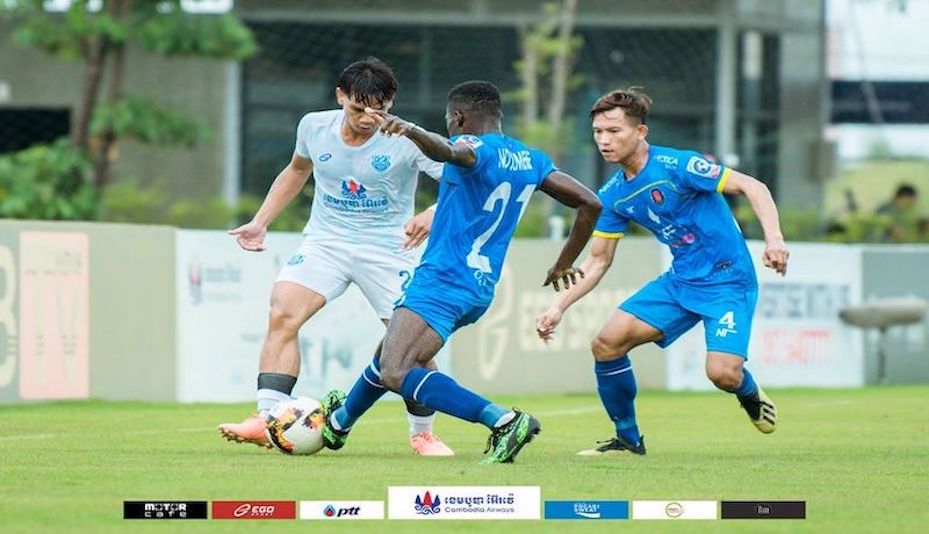 The competition is keen in the top half of the Metfone Cambodia League 2020 with the chasing pack all recording wins on the weekend to close the gap on leaders Preah Khan Reach Svay Rieng.

With Svay Rieng having the day off, former champions Phnom Penh Crown FC took the opportunity to blast Police Commissary 4-0 to come within a point of the defending champions.

Svay Rieng have amassed 19 points from seven matches played as against Phnom Penh’s 18 points but having played a game more.

Against Police Commissary at the RSN Stadium, Phnom Penh were not about to let slip the three points as Okereke Chimerie nailed in a hattrick off goals in the 10th, 21st and 74th minute.

The other goal for Phnom Penh was scored by M. Piseth in the 80th minute.

On the other hand, Boeung Ket FC also maintained the pressure on third in the standings with a 6-1 hiding of Tiffy Army FC.

Boeung Ket scored just one goal in the first half through Hikaru Mizuno in the 29th minute before adding five more after the break, off Mat Noron in the 57th minute, Franc Palva (60th, 84th and 90th) and Ly Mizan (73rd).

Tiffy Army’s only goal of the game came off Romario in the 67th minute.

Visakha, Naga World FC and also Angkor Tiger were also on the winning track where they each picked up the full points against their hapless opponents. 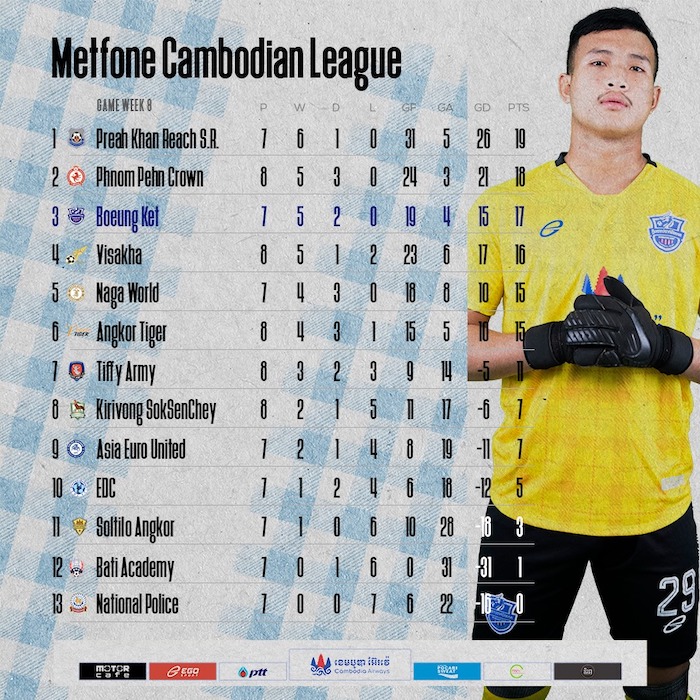