Home 2020 McNish: “Six-pack is an enormous mental and physical challenge” 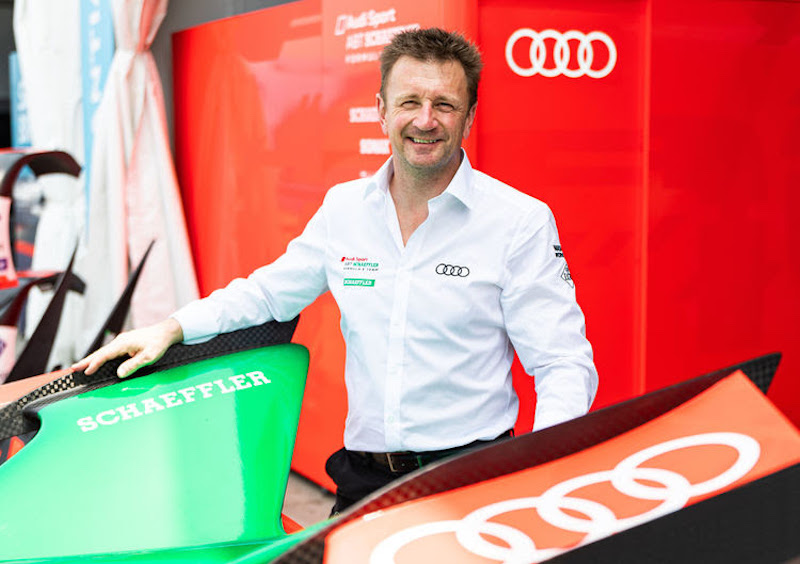 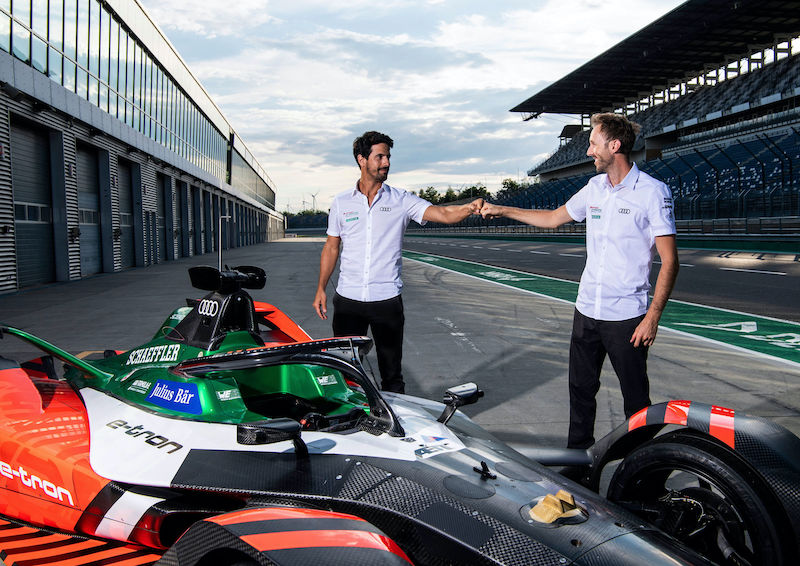 “Mission Control” in Neuburg supports with all decisions

It is a premiere in international motorsport: Within just nine days, Formula E holds its last six races of the season in August, including the title outcomes in the drivers’ and teams’ classifications. Audi Sport ABT Schaeffler is ready for the six-pack at the former Tempelhof Airport in Berlin.

Since the first race in September 2014, Audi Sport ABT Schaeffler has been competing in Formula E and, in addition to drivers’ and teams’ titles and more than 40 trophies, it has already experienced a lot. But six races in nine days at the same venue – this has never happened before in international motorsport. From August 5 to 13, it will become reality: the electric racing series will finish its sixth season with three double-headers. The season had to be interrupted due to the pandemic after the fifth race in Marrakesh at the end of February.

“Normally, we have six races in four months. Now, we are going to do them in nine days. This means a lot of emotional, mental and also physical challenges,” says Team Principal Allan McNish. “It’s a big task, but also a great opportunity, as I am sure the final championship order will be quite different to how it is now. The Berlin six-pack reminds me a little bit of a restart after a full course yellow with only a few laps to go in the last race of the season.”

In the standings, Lucas di Grassi, champion of the third season and the most successful driver in the series with 31 trophies, is in fifth position. At the Brazilian’s side, two-time DTM champion René Rast makes his debut with Audi Sport ABT Schaeffler. “Lucas is only 29 points behind in the standings. He loves the track and has had great success there in the past together with Audi,” says Allan McNish.

“Of course, that doesn’t necessarily mean anything for the future, but no doubt you arrive in Berlin with a completely different feeling. René obviously has a big task, but we will do everything to support him and to get him into the game as quick as possible.”

In order to get Formula E back on track, the organizers have drawn up a hygiene concept of almost 80 pages, which has been agreed with the local authorities and contains precise specifications to protect the health of all those involved.

Allan McNish praises the efforts behind the scenes: “All the restrictions and special rules we have due to the pandemic will play a big role. As you can imagine, social distancing is a lot easier in an office than in a Formula E paddock. Formula E did a great job in putting together a hygiene concept that allows us to finally go racing again.”

An essential point of the restrictions: There is a maximum of 1,000 people allowed on site at the event – normally, there are usually almost five times as many. That means: of course, no spectators, but also no media, no VIP and sponsor guests, and less personnel from suppliers, track constructors, Formula E and the FIA. The teams are affected as well. “We have a limitation of 19 staff people plus our two drivers,” explains Allan McNish.

“That means all of us have to take over more jobs. This goes for the engineers, who will split their work differently and also for me: I will be in charge of some marketing and PR work, support our team manager with FIA documents and look after various things that are normally taken care of by other team members.”

The team at Tempelhof, where the three double-headers are each staged on different track layouts, can rely on support from Neuburg, where Audi Sport’s headquarters are based: Together with Head of Audi Motorsport Dieter Gass and Formula E Project Leader Tristan Summerscale, a team of engineers follows every meter of Lucas di Grassi and René Rast in Berlin.

“Our so called ‘Mission Control’ in Neuburg will be even more important for Berlin than at other races,” says Allan McNish. “The engineers back home are reviewing all of the data they receive from the track and back-up all of the decisions on site. This goes for our factory team, as well as for our customer team Envision Virgin Racing.”

Teamwork is more important than ever in Berlin. Allan McNish: “The key to success will be to come as best prepared as possible and to keep focused no matter what happens. While concentrating on each of the six races individually, we always have to keep the big picture in mind. When others get tired – mentally or physically – we want to be even stronger.”