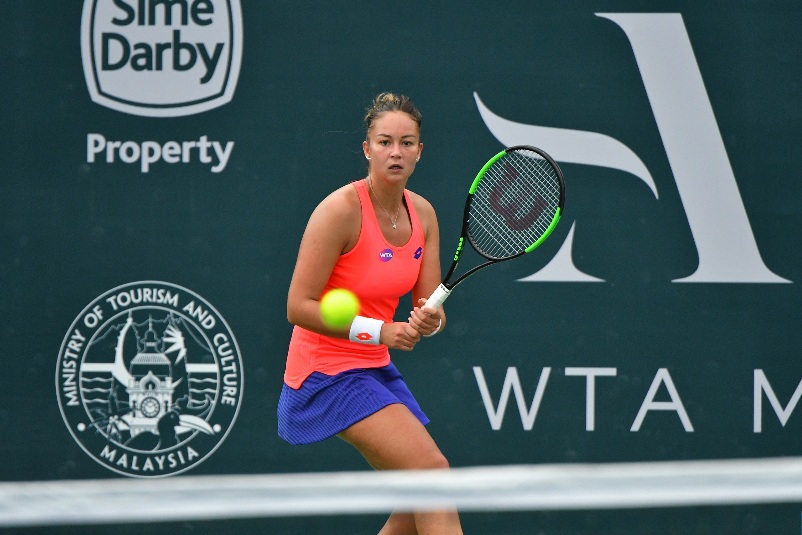 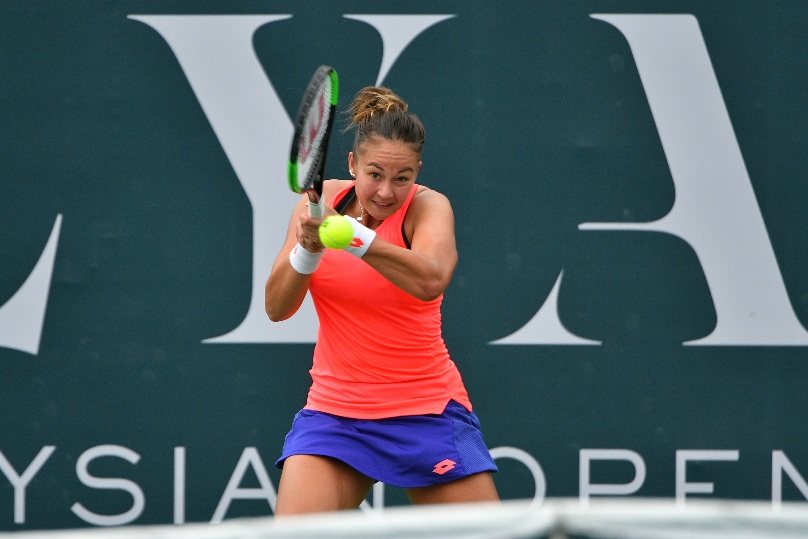 Lesley Kerkhove of the Netherlands continued her fairy tale run in the ALYA WTA Malaysian Open when the World No 195 reached the quarter-finals at TPC Kuala Lumpur today.

In the second round match pitting qualifiers, Lesley defeated World No 155 Sabina Sharipova of Uzbekistan 6-4, 6-4 to make her first appearance in the last eight on the tour.

Lesley will take on 106th-ranked Nao Hibino of Japan in the quarter-finals on Friday.

The Dutchwoman played a solid game to come back from a 4-1 deficit in the first set to seal victory.

“I am really happy to make my first quarter-finals on the tour. I played well today. Sabina and I play a similar style…I just did my best and used my own game to win,” said the 26-year-old Lesley today.

“Sabina played really well and led 4-1 but I managed to hold my serve in the next game and then broke back. From then on, I played really aggressive.”

Lesley said she will enjoy the moment and prepare accordingly for the match against Hibino.

“I have been facing higher ranked players since the qualifying round. I like being the underdog,” she said.

Two matches were postponed due to the heavy downpour today.