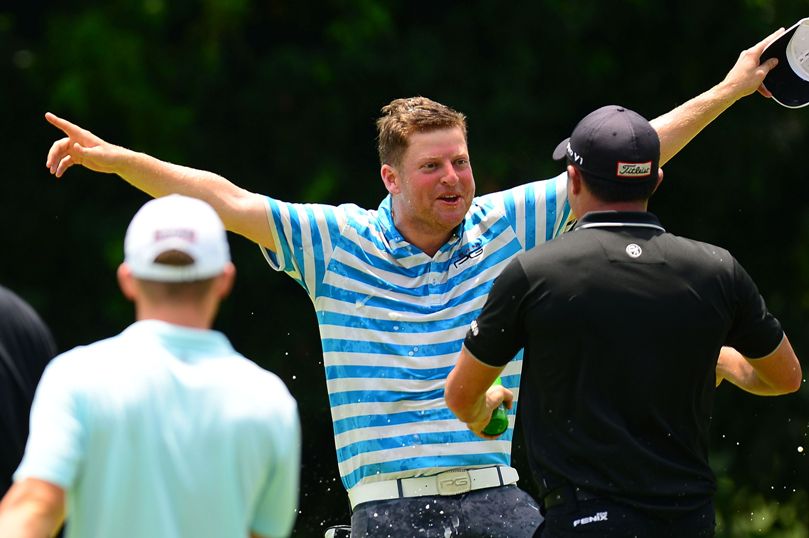 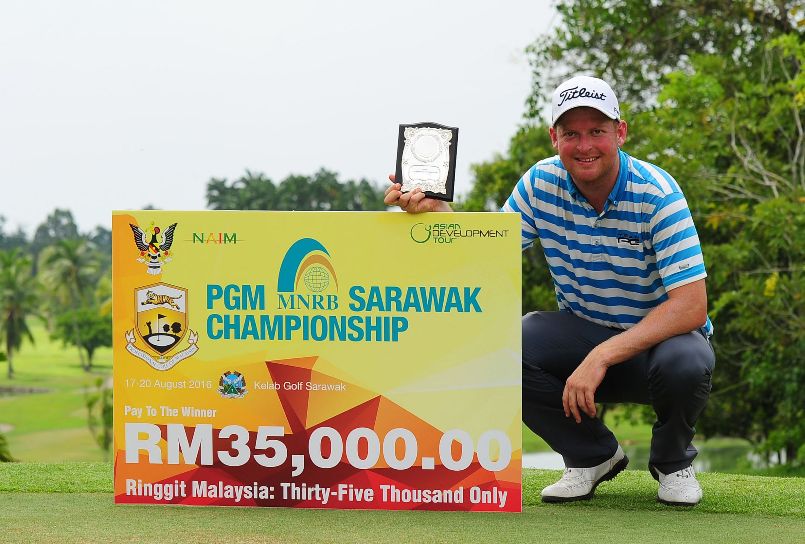 Keyser posted a fourth consecutive two-under-par 70 to win the RM200,000 (approximately US$46,600) ADT event with an eight-under-par 280 total at the Kelab Golf Sarawak.

Quek, playing three groups in front of the leading flight, fought hard for a second ADT title before settling for second place following a 67.

Overnight leader Panuwat Muenlek of Thailand missed out on a third ADT title and an Asian Tour card for the remainder of the 2016 season when he returned with a disappointing 76 to share fifth place.

The 29-year-old Keyser enjoyed a hot start when he opened with two birdies before turning in 32. He marked his card with another birdie on 13 but wobbled towards the finishing line when he dropped three shots in the final four holes.

“It feels surreal to win your first ADT title. You can’t buy this feeling,” said Keyser, who is playing in his third year in Asia.

“I had a good front nine to calm the nerves and it was nice to have some cushion going in the last few holes considering the way I finished!” added the South African, who won US$8,721 and earned six Official World Golf Ranking (OWGR) points.

Keyser struggled in his first year on the Asian Tour when he earned his card in Qualifying School in 2014 but turned his fortunes around when he moved to Dubai in 2015 and gained more experience on the ADT.

After playing on the ADT for two seasons, the South African claimed three top-five results before clinching his first ADT title in Sarawak.

“I was not in the right frame of mind when I first came to Asia. I moved to Dubai and worked with my coach, Justin Parsons at the Butch Harmon School of Golf in Dubai. I have to thank the whole team who helped me in this victory,” he said.

“I really enjoy it in Asia now. I have good friends and memories here. In three year, I met with people from all around the world who I call friends now. It is great being here,” added Keyser.

It was a mixed week for Quek who ended his campaign with rounds of 74, 66, 74 and 67. He piled the pressure on Keyser when he fired six birdies and one bogey before settling for second best.

“You cannot take anything for granted on the ADT. Somehow on the ADT there’s always someone coming out in the final round to shoot a really low score. I wanted to do that but finished second. I just focused on hitting quality shots and making putts,” he added.