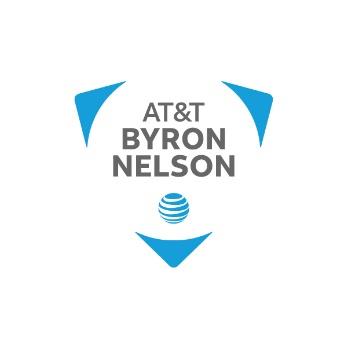 Thai golf star Kiradech Aphibarnrat returns to PGA TOUR action at the AT&T Byron Nelson in Dallas this week, eager to hit top form ahead of a busy stretch of tournaments culminating with the FedExCup Playoffs in August.

The 29-year-old took a  month-long hiatus in Bangkok after finishing T49 at the Masters Tournament to recuperate from a knee injury suffered during the second round at Augusta National. After executing a recovery shot around some pine trees on the 17th hole, the Thai tumbled onto the ground and hurt his right knee.

“It’s good to be back on the PGA TOUR this week after my last start nearly a month ago. I played okay in Augusta National and suffered a slight knee injury. I’ve rested the knee over the past few weeks when I was back home and I’m ready to get back out to compete here,”  said Kiradech.

During his absence from TOUR, Kiradech slipped eight rungs down to 72nd position on the FedExCup points list but is virtually assured of being in the first Playoff event at THE NORTHERN TRUST in New York in August.

The top-70 players then qualify for the BMW Championship, the second of three Playoff events, before concluding with the TOUR Championship which is exclusive to the top-30 players on the FedExCup points list. This year’s FedExCup sees a hefty jump in prize money on offer, with US$70 million available in the bonus pool and a cool US$15 million for the FedExCup champion.

Two top-5 finishes at the World Golf Championships-HSBC Champions in China and WGC-Mexico Championship have ensured Kiradech a solid first full season but he is unhappy with his inconsistency where he has not recorded another top-10 finish in 11 starts so far. Playing on new golf courses have also been a steep learning curve for Kiradech, the first Thai to hold a full PGA TOUR card.

“In the next few weeks, I’m hoping to play more consistently which is important with so many top events coming up. I know my results have been mixed with some good finishes and some average results too,” said Kiradech, who missed the cut in his only previous appearance at the AT&T Byron Nelson.

“Looking at my stats, my driving and iron play have not been the best and I’m working hard on trying to improve these areas of my game. Hopefully next season, I will get to know the golf courses a bit better too. This week’s course is another good test but I feel fresh and ready to get going again.”

At the back of Kiradech’s mind is also his hopes of getting into the International Team  for the Presidents Cup to face a Tiger Woods-led United States Team at Royal Melbourne Golf Club in Australia from December 9-15. He is currently 18th on the team points list, with the top-eight after the BMW Championship earning automatic places in Ernie Els’ International Team. Els will have four captain’s picks.

“I need to stay committed to what I’m doing with my swing and my game. I also want to keep trying to make the International Team for the Presidents Cup and I know I need to start collecting world ranking points consistently to give myself a chance of finishing in the top-eight for automatic selection,” he said.